Laurie Smithdale’s passion for the outdoors led to one of Perth’s iconic web businesses. 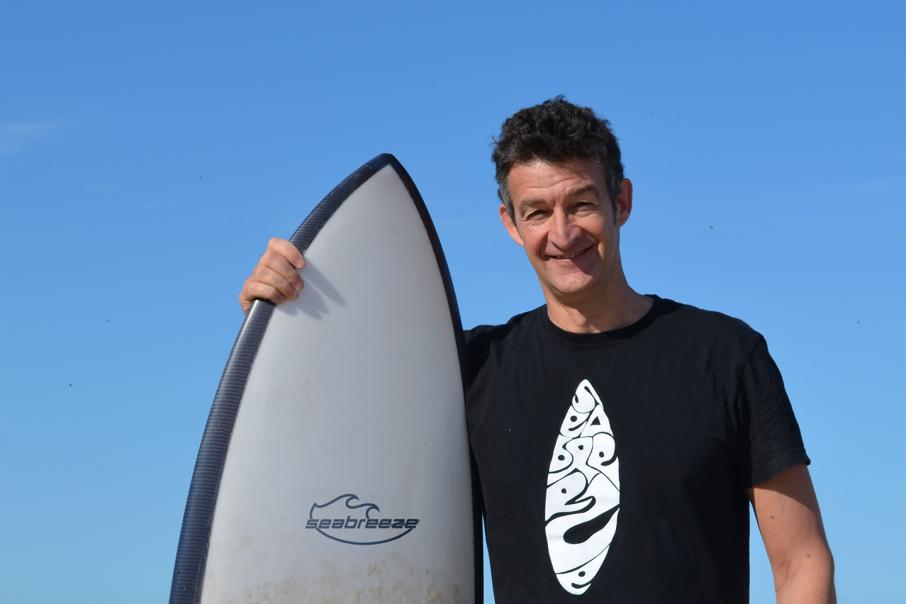 Laurie Smithdale’s Seabreeze.com.au is the go-to for water sports enthusiasts.

Back in the 1990s, we would check out the emerging online businesses – Amazon, eBay and Yahoo – by typing their respective web addresses into our browsers. In so doing, they became collectively known as the dot.coms.

The dot.com world would soon become cluttered, quite a bit crazy, and many would not survive. Among the rubble, real businesses would emerge.

In 1997, a windsurfing enthusiast and computer programmer was experiencing a problem.

“I was addicted to windsurfing, and desperate to know what conditions were like. Was the surf up?  What was the wind doing?” Laurie Smithdale told Business News.

“The only answer was the TV news at night, or a radio segment in the morning. If you missed either, you really had no idea what tomorrow would bring.”

Mr Smithdale would spend the day glancing at the trees, watching for the telltale signs of the leaves moving, indicating whether a sea breeze had arrived. If it had, he would race down the beach to get his daily fix.

“One day, passing through some traffic lights, I noticed that the trees on one side of the road were being blown over by the wind, but not on the other,” he said.

Mr Smithdale realised that the wind had actually been in at the beach for hours, and he had missed it because the breeze hadn’t reached his suburb further inland.

“What if you could know the conditions down the beach from home, saving a wasted drive?” he had asked himself.

Mr Smithdale answered his own question by generating graphs of real-time wind data from weather stations located at the beach.

After developing the technology for his own use and testing it over a couple of years, he registered the Seabreeze.com.au domain name and sent his wind graphs public.

From there, he mentioned it to some fellow water sports enthusiasts and boating mates, and online traffic took off. Classified advertising and social groups (forums) soon followed, as Seabreeze became the go-to place for all things relating to weather and water sports.

Before long, Mr Smithdale started receiving enquiries from businesses asking if they could advertise on the site. After he opened up third-party display positions on the site, this income grew to such an extent that he could leave his day job and work on Seabreeze full time.

Seabreeze’s simple, graphical display of the red/yellow/green arrows showing the strength and direction of the wind (since used on other sites) has since become the industry norm.

Mr Smithdale has written pretty much every line of code on the site over the ensuing 20 years. He also admits to what he calls ‘just-in-time education’, where he rapidly learned sales, marketing, business administration and management to keep the business moving forward.

“Business can be challenging and rewarding,” Mr Smithdale said.

“One of the rewards is the people you meet. Meeting others who also ran internet startups was a great help. If you’re in any sort of business, I urge you to reach out to people in your field; it will be one of your best moves.”

Mr Smithdale has been an active member of the local startup scene, mentoring on various accelerator programs, and also attending eGroup meetings (the forerunner of today’s startup groups) to this day.

He still runs Seabreeze.com.au and lives near his favourite surf spots.

I doubt there is a dot.com in Western Australia that started earlier, is run by its original founder, and continues to grow. With almost a million visitors a month, the site has been the number one water sports website in Australia for years, covering the entire country.

“There is still much to do, and I wake up every day excited to work on Seabreeze,” Mr Smithdale told Business News.

“The site is currently undergoing a major revamp to cater for improvements in forecasting, add more locations, new visualisations and so much more.  It’s such a buzz to work on something so worthwhile, something that helps so many people.”