Eagle Boys Pizza says it plans to rebuild its network of Western Australian stores after closing a number of underperforming sites in recent years. 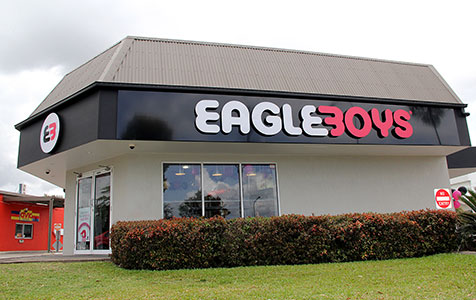 Eagle Boys Pizza says it plans to rebuild its network of Western Australian stores after closing a number of underperforming sites in recent years.

The pizza franchise chain celebrated the opening of its 40th WA store in late 2010 but now has just 24 stores across the state, having closed a number of sites.

However Eagle Boys claims it is gearing up for a new growth phase while implementing a major rebranding and a corporate restructure.

The company's leadership team this week kicked off a national roadshow to spruik an ambitious plan to open 20 stores a year across Australia over the next three years.

Eagle Boys plans to open 10 new stores in WA over the next two years.

"The store number in WA has decreased in recent times due to the decision to close underperforming sites," an Eagle Boys spokesperson said.

"As part of the progression plans and brand refresh, we will reopen some of these stores in the next two years, as well as opening a number of new sites and territories."

Mr Vincent will oversee an amalgamation of the company's marketing, operations and business technology teams, while rolling out a rebrand across its stores over the next 18 months.

The company's national roadshow will head to Brisbane and Sydney next week.