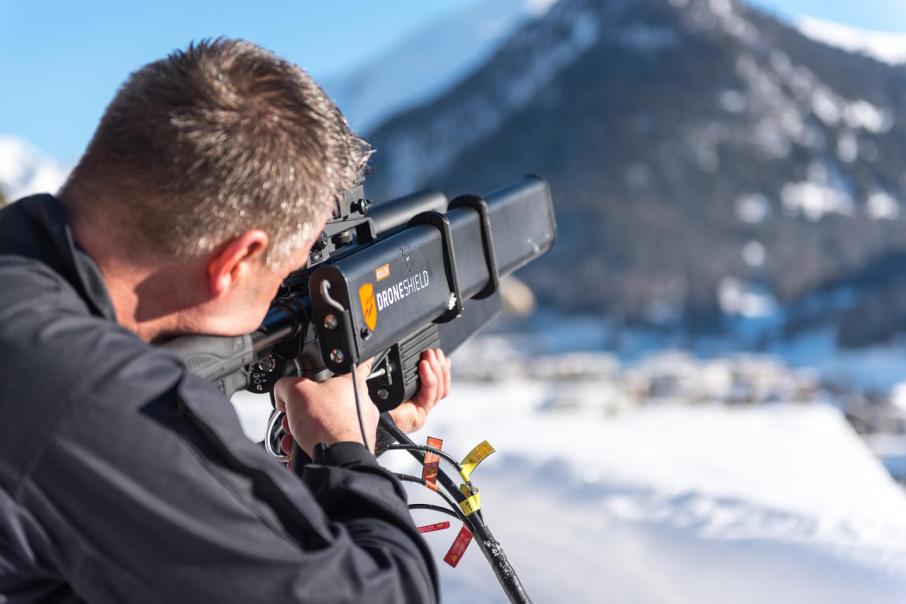 In a market update this week, DroneShield said the approval, granted by EMC Technologies, had certified DroneGun as being compliant with Australian and New Zealand requirements for human exposure to radio frequencies within specific bands used to operate the device.

The DroneGun, which is aimed at incoming unwanted drones, is operated by a single person for the purposes of protecting people, organisations and critical infrastructure from hostile drone intrusions. The gun is able jam the signal that controls an incoming drone, forcing it to either land safely, or return it to its point of departure where the operator can then be tracked. The rifle-shaped object is effective up to 2km and can be operated for up to two hours. The lithium-ion battery can be re-charged in 90 minutes.

Once activated, DroneGun is also able to jam frequencies that are transmitting video footage back to the drone operator. By capturing the drone and landing it intact, the unit is then made available for forensic investigation.

According to company management, the DroneGun certification of approval has satisfied a number of international requests from major defence and other government agencies engaged in procurement processes with DroneShield.

In their recent market update the company said: “This international certification further underscores the leadership position of the DroneGun product and is expected to assist the purchasing processes by the relevant government end-users.”

In November, DroneShield announced it had entered the lucrative South American security market for the first time with the Paraguayan defence ministry placing an order for the DroneGun. DroneShield’s distributor, Mega, received the government’s initial order for one unit which the Paraguayans will use to evaluate with a view to potentially placing a larger order.

The ASX junior said it expected to fulfil the order once US regulatory approval was granted.

DroneSentinel uses data from five different sensors; acoustic, radar, radio frequency and thermal and optical cameras to alert users if there are unmanned aerial vehicles, or drones, in the area.

The company’s DroneSentry is a stationary version of DroneGun which comes in a box and sits on top of DroneSentinel. It reacts to a drone, or a swarm of drones, by jamming the incoming objects automatically without a person having to be on site to activate it.

DroneShield has 100 distribution agreements in 50 nations and remains in discussions with several military and law enforcement agencies on expanding its global market reach.