DroneShield has secured $210,000 worth of purchase orders for its drone-combating products from European distributors, ForcePro. DroneShield says the products will be used to set up a Netherlands' demonstration hub for the company’s cutting edge anti-drone products, where the NATO Joint Force is headquartered. DroneShields’ products can detect and disable aerial drones. 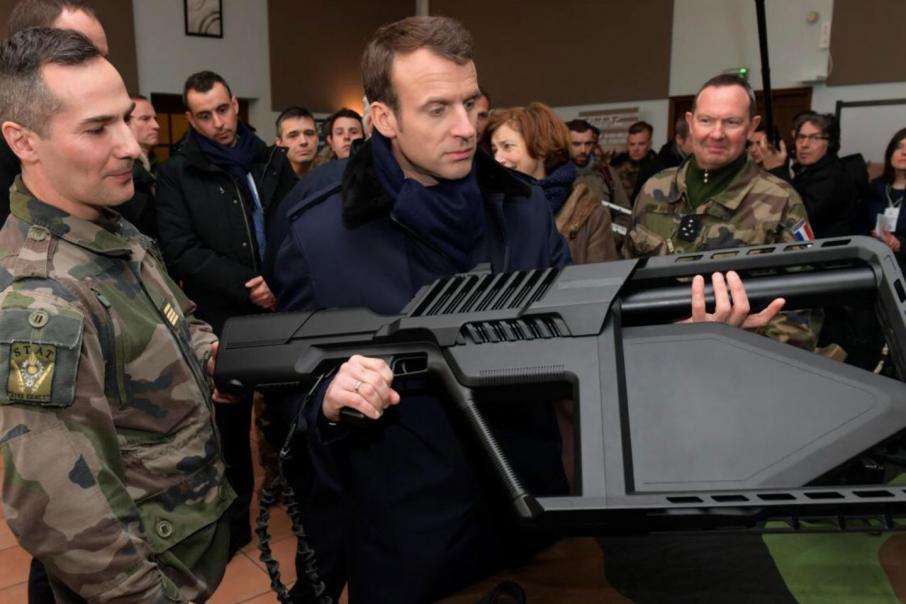 ASX-listed DroneShield has locked in another $210,000 worth of orders for its anti aerial drone products that are rapidly gaining prominence around the world.

The counter-drone tech company announced this week it had secured the new orders from one of its European distributors, ForcePro.

In a market update this week, Sydney-based DroneShield said the purchase order was for the company’s DroneSentinel product, the first since its recent rollout, and also included two DroneGuns.

DroneSentinel is a sophisticated, stationary mounted aerial drone detection system that relies on multiple, technologically advanced sensor systems to detect incoming drones, whilst DroneGun is a rifle shaped mobile product that can disable an intruding drone.

The ASX Junior said the DroneSentinel order was also the first that incorporated cutting-edge technology known as RadarZero, a state-of-the-art compact radar that is roughly the size of a book. RadarZero is aimed at both civilian and military markets.

According to DroneShield management, ForcePro will use the products to establish a demonstration hub for DroneShield's range of anti-drone products in the Netherlands, where the NATO Joint Force is headquartered. Interest in counter-drone products is rapidly increasing in the region after several high-profile plane and helicopter crashes involving drones.

One of the major advantages of the Dutch demonstration hub, DroneShield said, was that it would enable European end-users to see the Company’s products in action before making purchase commitments.

DroneShield Chief Executive Officer Oleg Vornik said: “We are delighted for a European demonstration hub for our products to have been established in one of the key NATO countries."

"Governmental end-users, both military and civil, throughout Europe, are currently largely helpless against the threat of intentional or unintentional drone misuse."

"As the density of the drone 'population' has increased dramatically, the frequency and the severity of incidents have gone up. As a result, governmental end-users have now recognised the need to have tools at their disposal to detect and mitigate drones."

The latest update is the most recent in a string of positive developments for the company, including recent news that the Queensland Government will use several DroneGuns to protect the 2018 Commonwealth Games from aerial drone based threats.

Founded in Virginia in 2014, DroneShield has already provided its products to high-profile clients including the Prime Minister of Turkey, several middle east militaries, the World Economic Forum and the Boston Marathon.

With a market cap of just over $30 million and initial orders for its DroneGun, DroneSentinel and DroneSentry now flooding in, the company looks to be ideally placed to capitalise on the rapidly expanding global anti-drone market.