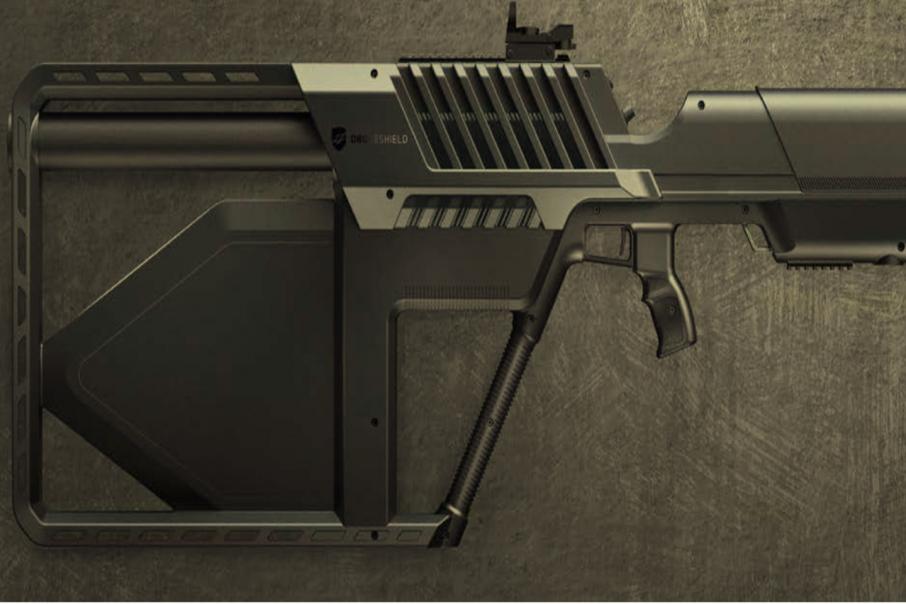 ASX-listed DroneShield has released its latest anti-drone gun known as “DroneGun Tactical” and it is getting plenty of interest from the US military.

DroneGun Tactical is a machine gun looking product that uses an electronic signal to disable incoming aerial drones when the unit is pointed towards the unwanted aerial intruder. It also has the ability to disconnect the drone from its controller and force it to either land or return toits base where it can be tracked.

The Australia and US-based company said in a market update this week that its new DroneGun Tactical device has been launched as a complimentary product to the DroneGun MKII that entered the market in late 2017.

DroneShield said DroneGun Tactical was designed in collaboration with a number of international military outfits including the world’s most prolific buyer of military equipment, the United States military.

According to the company, DroneGun Tactical contains a number of key new features including the full integration of the battery pack into the gun itself, a quantum leap forward from DroneGun MKII which requires the wearer to wear a backpack to house the power pack.

With a range of 1km, DroneGun Tactical has given up some distance in order to lose the backpack when compared to DroneGun MKII that has a range capacity of up to 2km.

DroneShield said, “The radio-jamming weapon can operate with additional frequencies of 433Mhz and 915Mhz to ensure complete effectiveness across drone models and is further aligned with standard military specifications, including standardised NATO military battery power,”

The company said DroneGun Tactical is not intended to supersede the DroneGun MkII and had instead been designed for users that required immediate, rapid forward deployment with the loss of the backpack providing additional flexibility.

The newest product in DroneShield’s armoury comes after the Australian Government awarded the company a research and development tax incentive grant of $200,000 in the fourth quarter of 2017.

In the month of December the DroneShield passed an important milestone in its quest to sweep and secure Australasian skies by earning a critical radio frequency safety certification for DroneGun. The approval granted by EMC Technologies certified DroneGun to be compliant with Australian and New Zealand regulations for human exposure to radio frequencies within specific bands used to operate the device.