DroneShield has secured an order for its drone-jamming device, "DroneGun" from Paraguay’s defence department, which will undertake in-field evaluations on the counter-drone device ahead of a potentially larger order. DroneShield’s first-ever South American DroneGun order comes after the Queensland opposition said it wants the state’s police force to be equipped with them too. 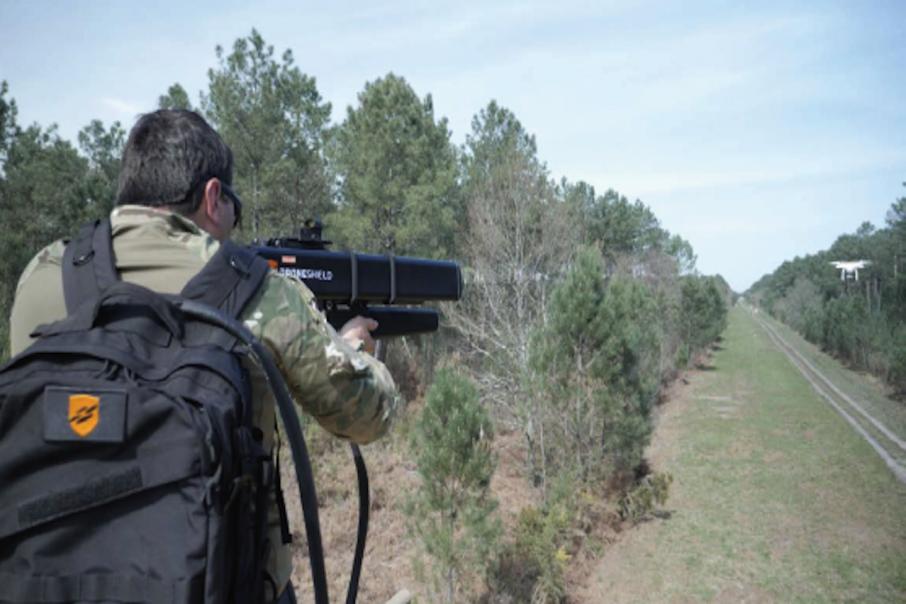 The Defence Ministry’s order for the DroneGun, which is best described as a tactical drone jammer, followed a competitive tender in the South American nation, according to the company.

In the market update, DroneShield said the one-unit order was placed so the Paraguay military could conduct in-field evaluations of DroneGun ahead of a potentially larger order.

The ASX Junior expects to fulfil the order once US regulator approval is granted.

“The Company expects to receive such approval, if it is granted, in the next month, using the established U.S. defence product sale approval process,” DroneShield management said.

In another boost, Queensland opposition leader Tim Nicholls this week threw his weight behind DroneGun for potential use by the state’s police force.

Nicholls, who is seeking to oust the incumbent Labor government at the upcoming state election, said he wanted Queensland police to be equipped with the unique counter-drone device.

“The drone gun … fires an impulse into the air and that disrupts the controls and brings the drone down,” he told reporters on the campaign trail.

The upbeat news from the company follows its recent successful $2.32 million capital raising.

According to the company, the global drone market now worth $127 billion per year.

The company already has 100 distribution agreements in 50 nations and remains in discussions with several military and law enforcement agencies on expanding its market reach around the world.