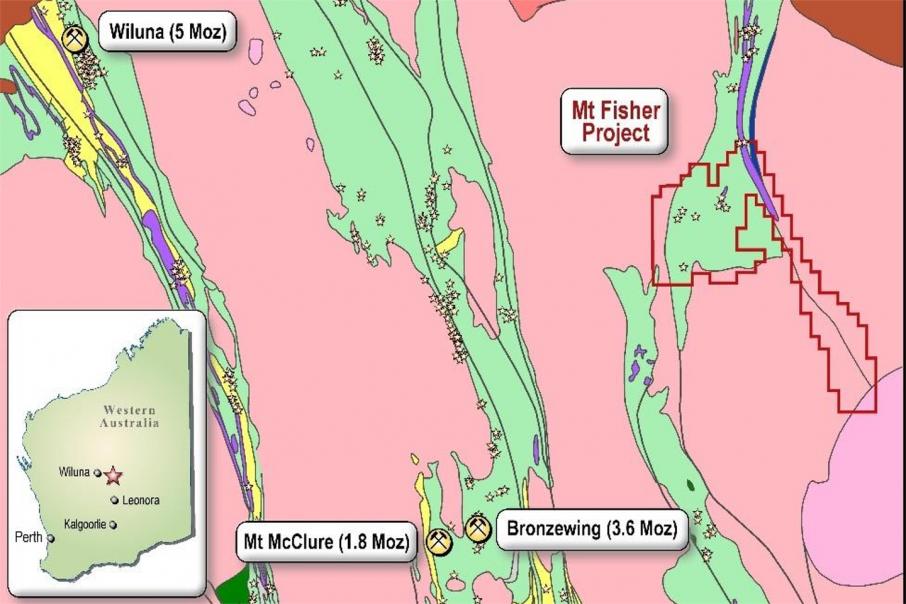 Rox Resources has kicked off a drilling campaign at its Mt Fisher gold project near Wiluna, WA, aimed at extending the defined mineral resources, which total 1.025 million tonnes grading 2.7g/t for just over 89,000 ounces of gold.

The 8,000 metre RC and aircore drilling program will be undertaken at the existing Dirks and Shiva prospects and also assess a new greenfields regional target at Damsel South.

Management says that the objective of the drilling is to identify new zones of bedrock gold mineralisation and help confirm the potential for substantial new shear-hosted gold deposition at mafic-ultramafic contacts in the region.

The program is expected to last into July, with results available shortly after that.

The company believes that a 10km blanket of elevated gold grades that straddles the main prospect area from Dam North to Shiva, is suggestive of dispersion from a basement source, with underlying geological structures potentially hosting the higher-grade primary gold mineralisation.

All will be revealed at Mt Fisher over the next few months as Rox rolls out the “truth diviner” and starts punching drill holes into the prospective ground.

Watch this space for developments.