Hot Chili has the drill rigs firing again at its Cortadera copper-gold project in Chile, zeroing in on extensions to the high-grade zones across a 2.3km strike that is likely to form the backbone of an imminent maiden resource at the project. Hot Chili has doubled the size of the mineralised system in less than 18 months at Cortadera which the company believes may propel it to Tier 1 status. 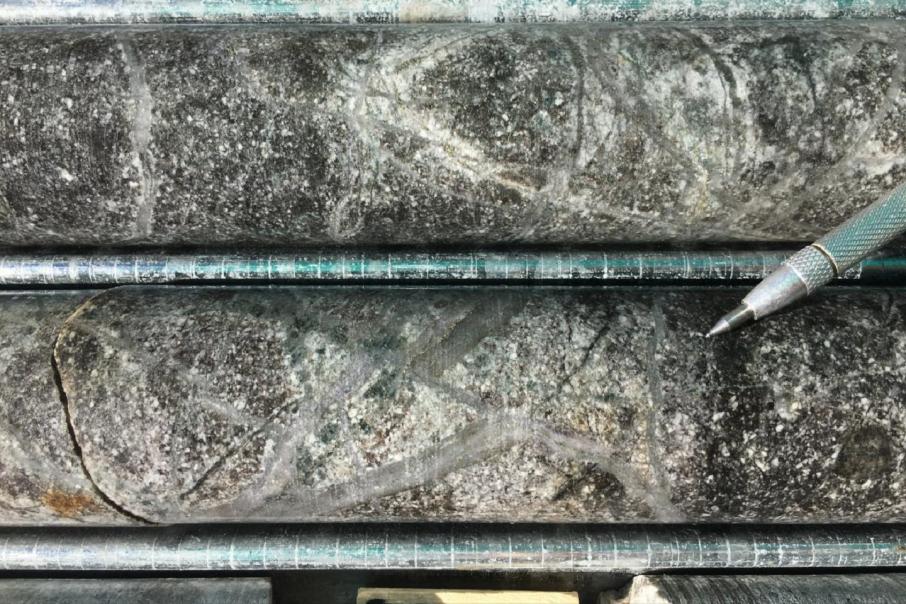 Hot Chili has the drill rigs firing again at its Cortadera copper-gold project in Chile, as it zeros in on extensions to the high-grade zones across a 2.3km strike that is likely to form the backbone of an imminent maiden resource at the project. In less than 18 months, Hot Chili has managed to double the size of the mineralised system at Cortadera which the company believes may well propel it to Tier 1 status.

Hot Chili has revealed some compelling geological observations from two completed diamond drill holes at the Cuerpo 3 deposit at Cortadera, with a broad, 330m zone of mineralised porphyry spotted in one hole, extending to a depth of 945m.

The company said the hole containing the 330m porphyry intercept will be re-entered at a later date, with the aim of extending the mineralisation via directional drilling using an angled diamond wedge.

Another hole contained about 220m of mineralised porphyry, with the samples now jostling for priority in the lab. The Perth based company said results for the diamond drilling at Cuerpo 3 are expected within the next 2 weeks.

Meanwhile, drilling has commenced on a third diamond hole designed to test the nearer surface extension of the northern zone of high-grade copper-gold mineralisation at Cuerpo 3.

A total of seven diamond drill holes are planned as part of the current drilling program which will target the high-grade core of the Cupero 3 deposit.

Hot Chili remains on track to complete its work on the mineral resource estimates at Cortaderaby the end of the month, despite the difficulties of the COVID-19 environment

Management said that just 2km north of Cortadera, another target - the Cortadera North prospect - has a similar geophysical signature to the Cortadera system – and this new target has not yet been properly tested.

The geophysical signature at Cortadera North is coincident with anomalous geochemical pathfinders at Cortadera such as molybdenum, opening up the potential to discover another large system on Cortadera’s doorstep.

To give Cortadera some further context, the Cascabel JV copper-gold project in Ecuador, which holds down top 5 status on the SNL list, has a mineral resource of 8.4 million tonnes of copper grading 0.41 per cent copper and 19.4 million ounces of gold grading 0.29 grams per tonne.

Closer to home, Newcrest’s flagship Cadia East mine has a reserve grade of 0.3 per cent copper and 0.47 grams per tonne gold.

Cadia East occupies a mineralised porphyry 2.5km in length, 600m wide down to a depth of around 1,900m.

It is located in New South Wales, approximately 60km south east of Canberra.

Newcrest recently reported a 341m interval grading 0.93 per cent copper from Cadia-Ridgeway that is adjacent to Cadia East. The entire operation has around 30 years of mine life left and is still expanding through exploration.

The Cuerpo 3 porphyry remains open to the north, south and at depth and has an average grade range in the high-grade core of 0.7 per cent to 0.9 per cent copper and 0.3 grams per tonne to 0.4 grams per tonne gold.

The Cortadera system is a veritable giant and currently compromises of four centres, Cuerpo 1 to 4. Overall, the mineralisation has been identified to a current depth of 1.2km and spans a massive 2.3km in length.

Hot Chili said Cortadera has underground development potential too, which adds to the existing open pit potential at the project.

Cortadera lies 14km south east of Hot Chili’s Productora copper-gold project where the company says it is close to finalising a deal with the Chilean Government agency, Empresa Nacional de Mineria, to commence lease mining and processing of the high grade ore.