Draig in new gold find below historic mine

Draig Resources has discovered high grade gold mineralisation from deep exploratory scout drilling below the historical Bellevue gold mine near Leinster in W.A. Results include 2.5m @ 13.1g/t, 1.4m @ 9.6g/t and 0.3m @ 35.9g/t gold and are strongly supported by down-hole EM surveys showing off-hole conductors. The 800m long shear zone is interpreted to be an overlooked offset position from the original Bellevue ore lode. 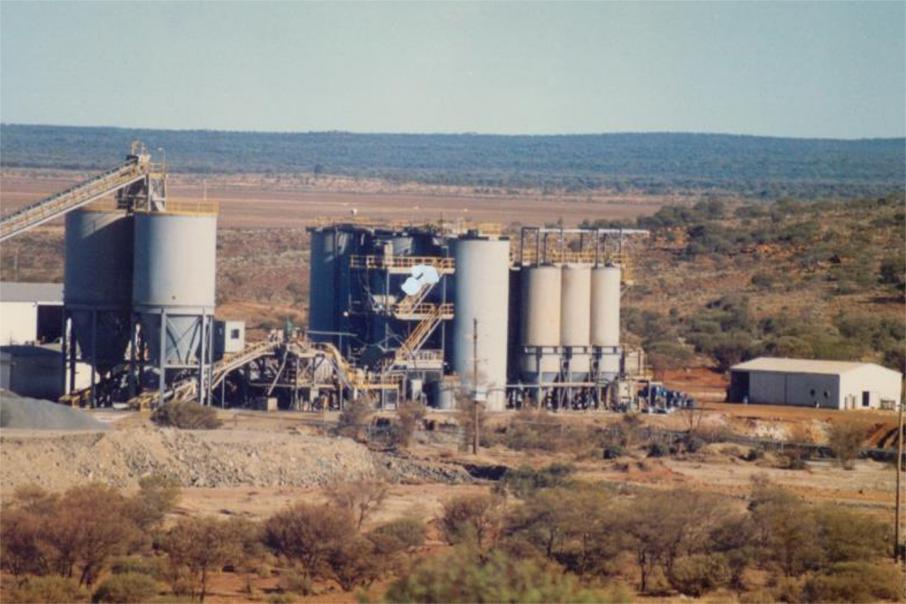 There is currently a spate of ASX listed companies out there looking to unearth mineral riches left behind or overlooked by previous mine operators and Draig Resources is one small cap company that looks to be executing this strategy perfectly.

Draig had a vision that the shear zone that hosted the gold lode at the old Bellevue gold mine near Leinster may have faulted and taken a significant portion of the original ore body elsewhere.

This week the company produced a lovely set of numbers from its latest drill campaign that seem to confirm that a sister deposit to the original Bellevue deposit was indeed transported elsewhere by the fault.

In its day, Bellevue produced around 800,000 ounces of gold at an eye watering grade of 15 grams per tonne – if Draig can find anything that even resembles that deposit it can put its glasses down and Bellevue will ride again.

These numbers appear to validate and reinforce the importance of the original result back in May, when the company intersected 4.3 metres grading 8.8 grams per tonne gold from 575.3 metres down-hole in a deep exploratory drill hole west of the old Bellevue underground workings.

The strike length of this new discovery, named the “Bellevue Extension Lode”, is 800m long and still open, which is a similar strike to the original Bellevue lode and considerably longer than the recent new Tribune lode find to the west.

Visible gold has been identified in all 5 drill holes penetrating the Bellevue Extension lode to date and the company says that the mineralisation style and scale of shearing is very similar to that at the old Bellevue mine.

According to Draig, the drilling results from the new discovery are entirely consistent with historical assays from areas adjacent to the main bonanza grade shoots at the Bellevue, both in width and tenor of the gold grades returned.

Draig Executive Director Steve Parsons said: “The Company is pleased to report its second new significant high-grade gold lode discovery at the Bellevue Gold Project. This new discovery is currently defined over a strike length of 800 metres and we see significant potential to extend this as we step out with our current drill programme.”

“To consistently hit in all holes drilled in this new mineralised shear zone and grades encountered over step-out drilling greater than 250 metres apart is extremely encouraging and points to the high quality of the mineralised lode system at the Bellevue Gold Project.”

The newly discovered gold mineralisation is located only 250 metres from the Tribune lode and 150 metres from the existing Bellevue underground development, potentially limiting the CAPEX spend required to access the new ore systems in the future.

The company has interpreted the Bellevue Extension lode, as a southern fault offset of the main Bellevue lode which is now located some 180m vertically below the main mine workings.

It is an exciting time for the company, who is completing its maiden remnant mineral resource estimate for the Bellevue gold project, which is due for release in coming weeks.

Bellevue rides again is potentially the best historic mine reinvigoration story around and if Draig can pull it off, it may well be a company maker.