Draig hunch paying off at Bellevue

Draig Resources has announced that a deep exploratory drill hole has intersected 4.3m @ 8.8g/t gold from 575.3m down-hole and is interpreted to be a faulted offset to the main lode at the old Bellevue gold mine that produced 800,000 ounces at around 15 grams per tonne gold. The new discovery is 190 metres west of the historic underground workings and located 500m from surface. 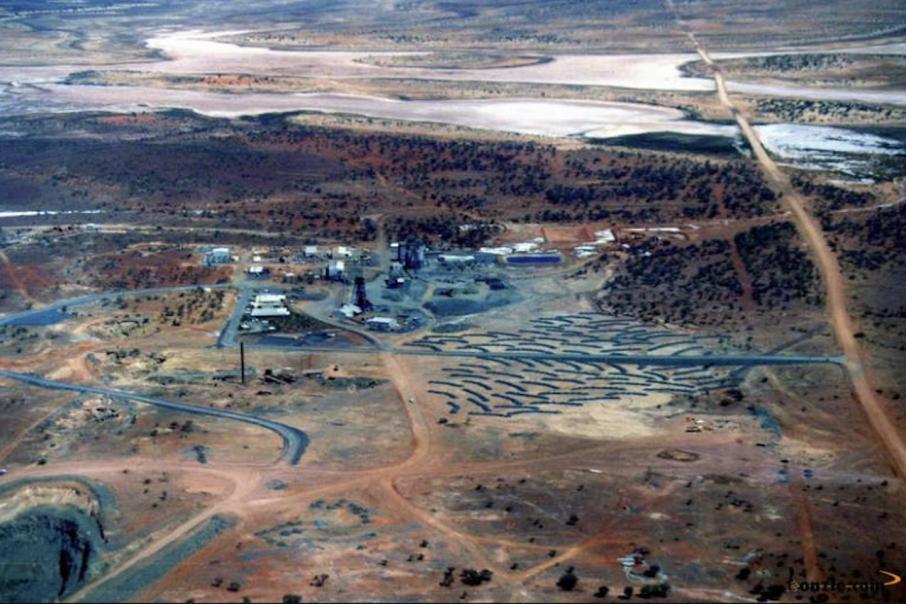 The old Bellevue gold mine in the Northern Goldfields

Draig Resources has identified a new high-grade zone of gold mineralisation nearly 200 metres west of old underground mine workings at the historic Bellevue gold mine, northwest of Leinster in W.A.

The drilling intercept of 4.3 metres grading 8.8g/t gold from 575.3m down-hole is of similar width and mineralisation style to that observed at the historical mine.

The drill hole was the first to test the area known as the “Gap”, which was designed to intersect an interpreted structural offset and extension of the main high-grade Bellevue mine lode position.

The deep hole was collared west of the old mine and also intercepted the company’s prospective Tribune lode discovery at a depth of 308m down-hole with assays still pending.

The single deep exploratory hole was co-funded by the W.A. Government under the ongoing Exploration Incentive Scheme, which encourages resource companies to test conceptual geological targets put forward via submissions to the DMIRS.

The company announced that visible gold was observed throughout the newly identified intersection and have deduced this may well be the faulted offset position of the main Bellevue lode mineralisation it was seeking.

Draig Resources Executive Director Steve Parsons said: “The company is very excited with this initial drill hole and the high-grade gold mineralisation that has been intercepted. The drill hole was designed to test the potential of the offset and extension of the Bellevue Lode which historically produced 800,000oz @ 15g/t gold down to only 450 metres below surface.”

“The new mineralised intercept is 500 meters below surface and is located 190 meters west of the southern extent of previous underground mine workings. The company is highly encouraged by the observed style of mineralisation and grade tenor in the hole.”

Draig will now undertake a broad spaced step out drill program within the 1200 metres of untested strike potential of the Tribune Footwall area known as the ‘Gap’.”

Draig clearly has a hunch that Bellevue was never fully mined out and that the rich mineralised lode simply faulted and was offset against the mined out lode.

This “lightbulb” moment could prove quite fruitful for Draig if it can find the extension of the original lode given that it was mined at around 15 grams per tonne gold.