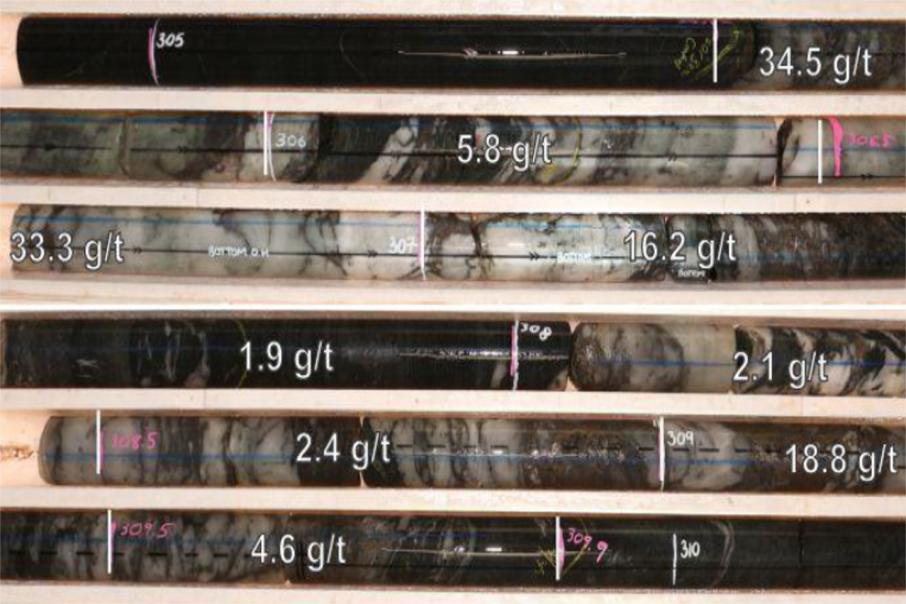 ASX listed Draig Resources has produced an impressive suite of new high-grade gold results from infill and extension drilling at its emerging Tribune Lode discovery, just 2km from the historical Bellevue gold mine, near Leinster in W.A.

The company reports that high-grade gold mineralisation at the Tribune lode remains open in all directions.

Executive Director Mr Steve Parsons said: “This recent drilling and DHEM has indicated the high-grade mineralisation at Tribune is still very much open in every direction and we continue to be impressed with the robustness of the drill intersections. The western corridor is shaping up to be a very significant discovery for the company.”

“We look forward to updating the market on the results of the next phase of step-out & EM drilling at Tribune, deeper drilling, preliminary metallurgical test work and the maiden resource estimate over the coming months.”

“The company will be commencing a co-funded deep EIS hole as part of a deeper drilling program to target repeat mineralisation behind the Western Shear and below the historic Bellevue underground mine workings.”

The high-grade quartz vein-hosted lode mineralisation at Tribune appears to be very similar to the main Bellevue mine ore lodes, with that operation producing over 800,000 ounces of gold grading a crazy 15g/t up on average to cessation of mining in 1997.

According to the company, gold mineralisation at Tribune is closely associated with the electrically conductive iron sulphide mineral pyrrhotite and hence, down-hole electromagnetic surveying has been very successful in identifying the new high-grade ore shoots.

Stakeholders will no doubt be keen to absorb the fruit of the company’s labours at its new Tribune discovery when a maiden mineral resource estimate for the deposit will hit the streets in the September quarter this year.