The AEC needs to work harder to protect the right to a secret ballot we inherited from the efforts of Australian pioneers. 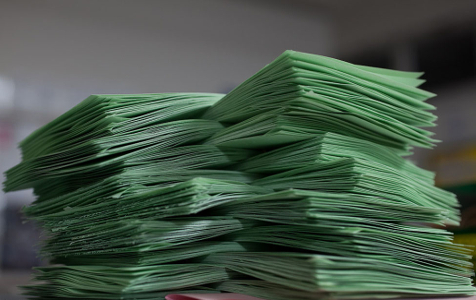 COUNTING ON AEC: The security of ballot papers is paramount for the integrity of the election process.

According to a November 11 AAP report headlined, ‘Corruption unlikely but missing votes a national issue, says Mick Keelty’, the disappearance of ballot papers after the September 7 election wasn’t an unprecedented event.

“Mr Keelty said he would also ask questions of another state’s electoral commissioner about allegations votes could have been lost in previous elections,” the report said.

“‘I have had emails sent to me by people working in other electoral commission offices around the country indicating to me these things are commonplace but they don't have such a big impact on the elections’.”

Clearly my trust in the 113-year-old Australian Electoral Commission’s competence to ensure all votes cast are counted has been misplaced.

It seems that, at elections held during those 11 decades, votes have been lost or perhaps even stolen; and if the latter is the case, some Australian legislatures may well have had sitting members who weren’t validly elected.

It’s also possible some candidates who’d been elected were denied, by foul or other means, the right to become legislators.

Whichever, such outcomes may not have been in accord with majority wishes.

Let’s hope, then, that Mr Keelty not only solves the mysteries surrounding the question of which candidates should rightfully represent Western Australia over the life of the coming Senate, but that his findings also ensure all future elections are above board.

However there’s another aspect to this scandal worthy of highlighting, which pertains to Australia’s proud pioneering record in the manner of casting votes.

Rarely highlighted today in education curriculums is the fact that Australia, meaning half its 19th century colonial components, pioneered the adoption of the secret ballot process.

Not widely appreciated is the fact that there was a time when voting was anything but secret, by which is meant voters didn’t cast their vote away from prying eyes.

Before secret ballots were enshrined in law in England adopted by the Ballot Act of 1872, landlords or candidates regularly approached voters, often publicly, and had their names registered openly as agreeing to vote for those soliciting.

In England until 1872, therefore, voting was open, above board, not a private exercise.

The same situation prevailed across the US until 1891, when Kentucky finally joined other states by adopting secret balloting, which became known across America as ‘The Australian Ballot’.

Massachusetts adopted ‘The Australian Ballot’ in 1888, 22 years after Tasmania, Victoria and South Australia, the first of colonies in the antipodes to embrace the secret ballot.

Interestingly, the most ardent movers for the secret ballot were the Chartists in Britain, who worked avidly over the 1830s and 1840s to institute this farsighted and truly radical contribution to democratic practice.

There have been claims suggesting Australia was not the secret ballot pioneer we’re led to believe, however.

What I’m referring to here is the full secret balloting procedure of using identical ballot papers produced by government printers with each eligible elector handed one, with pencil, at a booth, away from prying eyes.

Years ago I read that Tasmania was pipped at the post by Canada’s New Brunswick province.

So I contacted that province’s archives and asked to be sent a photocopy of its first ballot paper – pre 1856 – but was told none existed.

So I’ve remained sceptical of that contention.

Also not to be overlooked here is the fact that 60 or so Chartists were dispatched as convicts to south-eastern Australia during the 1840s, and it’s believed this

influenced the thinking of certain key figures across the region, resulting in early implementation of this key Chartist plank.

The Chartists, who so avidly campaigned for adoption of secret ballots, organised huge and ongoing rallies, some of which led to disorderly conduct that resulted in arrests and severe convictions, including deportations.

So such banishment wasn’t simply because British authorities disliked the idea of secret ballots.

The online Australian Dictionary of Biography site reports that “he drafted the first efficient ballot legislation, giving shape to what became known as the ‘Victorian’ ballot”, which was also enacted to ensure standover types couldn’t intimidate voting goldminers after the bloody Eureka Stockade clash of December 3 1854.

Putting that aside, Australia must jealously guard this truly enviable, groundbreaking achievement and ensure all votes cast are always counted.