The company behind Dome cafes is planning another ambitious heritage restoration project after being selected as preferred proponent to lease the Collie Roundhouse. 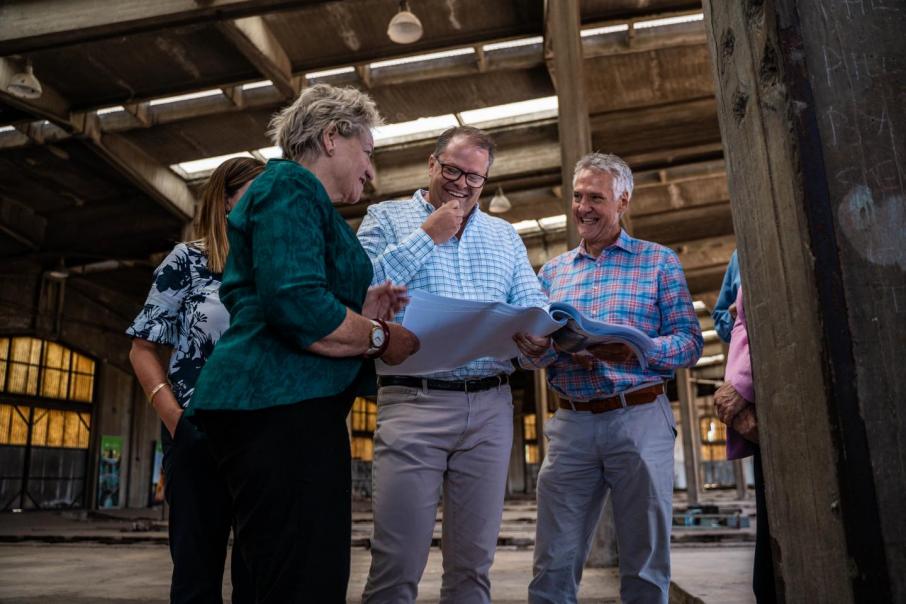 Alannah MacTiernan with Nigel Oakey and Julian Donaldson at the Collie Roundhouse.

The company behind Dome cafes is planning another ambitious heritage restoration project after being selected as preferred proponent to lease the Collie Roundhouse.

The state government has proposed a joint venture with Be Our Guest Holdings to redevelop the historic building on the edge of the Collie township.

The proposal is at an early planning stage but includes a cafe and bistro, quality boutique accommodation and a camping area.

Be Our Guest Holdings owns the Dome cafe business, which operates in more than 60 locations across the state and has annual revenue of $52 million (see below).

Led by managing director Nigel Oakey, the business has a long history of renovating heritage buildings, including its head office and cafe in Maylands’ former Peninsula Hotel.

More recently, it has turned a rundown flour mill in Katanning into a high-quality boutique hotel, trading as the Premier Mill Hotel, and last year opened the Farmers' Home Hotel in Northam in restored heritage buildings.

It was selected as preferred proponent after the National Trust of Australia (WA) ran an expression of interest process for the Roundhouse, which was built in the 1950s as a place to maintain steam locomotives servicing the area’s coal mines.

The state government is investing $1 million through the National Trust for remediation works to prepare the building for commercial use.

This adds to multiple government-funded projects in and around Collie, as it seeks to create new jobs ahead of the likely shut down of the town’s coal mines in future.

The government said it would hold further discussions to consider what assistance could be provided to support the venture and deliver long-term benefits for the Collie community.

In the meantime, the National Trust will work to enter into an 'Intent to Lease' with Be Our Guest Holdings to enable further planning of the development.

"This Western Australian company has an impressive track record for re-envisioning historic buildings in a way that honours the heritage and creates spaces that feel contemporary,” she said.

"The project has now been approved to proceed to stage two assessment for assistance from the Collie Industry Attraction and Development Fund."

National Trust chief executive Julian Donaldson said Be Our Guest Holdings presented an inspired vision that respected the heritage values of the site and presented Collie with an opportunity to leverage its tourism potential.

Be Our Guest Holdings achieved 14.7 per cent growth in revenue to $52.2 million for the year to June 2019, according to the most recent financial statements lodged with the Australian Securities and Investments Commission.

The company posted an after-tax profit of $3.1 million, up slightly from the prior year.

It had total assets of $93 million, including properties worth $46 million and intangible assets, such as goodwill and brands, worth $33 million.