With US and Australian investigators’ enthusiastic assistance, China is tracking down corrupt officials’ ill-gotten gains; but the playbook calls for a familiar ending. 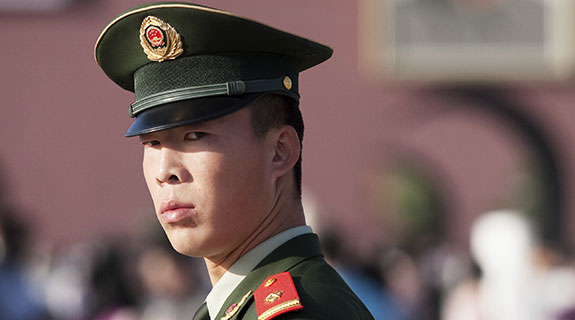 With US and Australian investigators’ enthusiastic assistance, China is tracking down corrupt officials’ ill-gotten gains; but the playbook calls for a familiar ending.

Despite President Xi Jinping’s desire that China becomes the world’s leading economy, the way he’s going about it ensures that vision will be dashed.

Xi-led China is currently experiencing ongoing purges of those the Communist Party perceives as its enemies.

And the party’s strategy in 2015 is similar to that used by Mao Tse-tung in his deviously devised and infamous anti-rightist campaign, which followed the brief liberalising of the Hundred Flowers Campaign of 1956-57.

While the Hundred Flowers movement was devised to ensnare naive idealists by inviting them to criticise the government’s policies, the anti-rightist campaign that followed subjected these same critics to severe retribution.

Mao subsequently said he’d devised this ploy to ‘entice snakes out of their caves’.

Something similar is occurring now under the guise of eradicating corruption.

China’s relative liberalisation of recent years is being overtaken by harsh crackdowns.

“Since Xi came to power, the pressure and control over freethinkers has become really tight,” Qiao Mu, a Beijing journalism professor is reported as telling the New York Times.

Mr Qiao was recently demoted for promoting the idea of multi-party elections and freedom of expression.

“More and more of my friends and colleagues are experiencing fear and harassment,” he said.

And newspaper columnist Wang Yaofeng joined the unemployed ranks because of his support for the recent pro-democracy protests in Hong Kong.

More ominous is the fact that these unfolding moves by President Xi are shaping-up to become a movement that’s attracting old-style leftists, who for the past 25 years have felt bitter about China’s emergent prosperous elite.

These hardcore individuals wish to inflict Maoist-style treatment upon people like Messrs Qiao and the Wang.

“China’s old-guard leftists are a loose network of officials and former officials, sons and daughters of party veterans, and ardently anti-Western academics and journalists,” the New York Times reported.

“They look back to the precepts of Marx, Lenin and especially Mao to try to reverse the effects of China’s free-market policies and the spread of values anathema to party tradition.

“And while their direct influence on the party leadership has been circumscribed, they have served as the party’s eager ideological inquisitors.”

But that’s only the opening gambit of these Xi-inspired purges.

Ever since the 1950s Hundred Flowers Campaign Chinese officials, including Communist Party members, have deeply distrusted the party Mao created.

This meant that when upper level individuals began prospering after the Mao’s colleague, Deng Hsiaoping, liberalised economic endeavour, they weren’t so naive as to believe good times would last forever.

Consequently, many tens of thousands quietly found boltholes in politically safe locales like Australia, Canada and the US to lodge personal and family assets for when the likes of President Xi emerged.

I quote selectively from this watershed release.

“China will strengthen financial intelligence exchanges with the US and Australia to track corrupt Chinese officials’ illegal assets and fight money laundering,” a senior official from the Ministry of Justice said.

“The People’s Bank of China is in discussions with the US Financial Crimes Enforcement Network, a bureau under the US Treasury Department that monitors financial transactions to fight crime,” said Zhang Xiaoming, deputy director-general of the ministry’s legal assistance and foreign affairs department.

“Preparations are being made for a bilateral agreement to target assets that Chinese suspects hold overseas,” Zhang said in an exclusive interview.

“The central bank will also sign a similar agreement with the Australian Financial Intelligence Unit to monitor the suspicious flow of such assets,” he said.

“After the agreements are made, China will share intelligence with the US and Australia, which will also offer information to their enforcement agencies to conduct further investigations.

“Once law enforcement officers in the US and Australia identify illegal funds, they will immediately initiate judicial procedures to freeze and confiscate those criminal proceeds in their countries.”

It added that: “Between 1990 and 2011, more than 18,000 corrupt officials fled overseas, transferring ill-gotten funds of up to 800 billion yuan ($US128.5 billion), figures from the Chinese Academy of Social Sciences show.

“Although the FBI or Australian police have traced the assets and collected enough evidence to identify them as ill-gotten gains, they are unable to take immediate measures to freeze and confiscate them due to the lack of asset restraining orders from the Chinese courts.

“Since November 2012, when the new leadership took office, President Xi Jinping has conducted a sweeping campaign to fight corruption and required authorities to strengthen judicial cooperation with other countries to hunt down fugitives and recover their illegally obtained assets.”