The Fremantle Dockers’ on-field success has delivered a pay-day for its supporters and corporate sponsors. 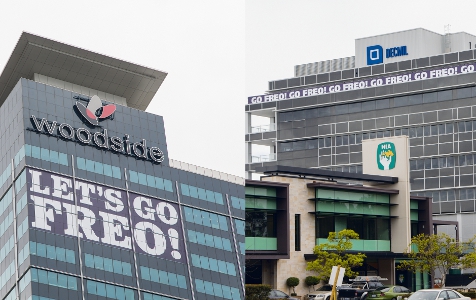 LOYALTY will be rewarded this weekend when Programmed managing director Chris Sutherland watches the Fremantle Dockers take to the field in the AFL grand final.

Programmed, and its predecessor company Integrated, joined the club as a corporate partner in its very first year, 1995.

Like many other loyal fans, it stuck with the club through the lean years, and is now enjoying the Dockers’ rising profile.

Woodside has a different story.

“We’ve been a sponsor for four years, and they’ve been in the finals for three of those years,” vice-president corporate affairs Roger Martin told Business News.

“We’re getting used to keeping our diaries open in September.”

If the Dockers are able to sustain that kind of on-field success, the club could even challenge the financial might of its cross-town rivals.

The Dockers have 43,880 members, making it the eighth largest club in the AFL.

By comparison, the West Coast Eagles are the fourth largest AFL club with 58,501 members.

The differential is also apparent from the clubs’ financial statements.

The Dockers attracted $3.9 million in sponsorship revenue last year, while the Eagles earned $7 million from the same source.

The Eagles sponsors famously include Bankwest, which used to support the Dockers before switching camps.

Its move to the Eagles camp attracted added controversy because of the way the bank replaced long-time sponsor Hungry Jack’s.

The Dockers’ sponsors have been showing their ‘purple passion’ this month, with Woodside and Decmil dressing up their buildings in purple signage.

Woodside is bringing Dockers fever into the city’s streets this week, with local band The Chevelles planning to mimic AC/DC’s famous truck-top performance.

Programmed has put giant blow-up anchors on its Burswood roof, and will be striving to get a sea of anchors in the crowd at the MCG on Saturday.

“It gave us a way of promoting our name; that was critical when we renewed the sponsorship,” Mr Sutherland said.

The club’s top sponsors all get opportunities to mix with players and coaches, but Programmed has found a novel way of getting value for money.

It gets Dockers players to lead warm-up exercises for staff at its work sites, which range from Rottnest Island to Barrow Island.

“It has a really good effect; people start thinking they will be embarrassed but join in when they see a player like Michael Barlow up the front,” Mr Sutherland said.

With DVG Hyundai being a diamond sponsor, he was entitled to two grand final tickets, but chose to put family first, donating the tickets to his mother.