Six years ago Hot Chili won the prestigious Emerging Company Award at Diggers & Dealers in Kalgoorlie and it has since shown its grit by accumulating a huge copper-gold-silver-molybdenum inventory at its Cortadera project in Chile, where a massive new deep target has now been outlined. 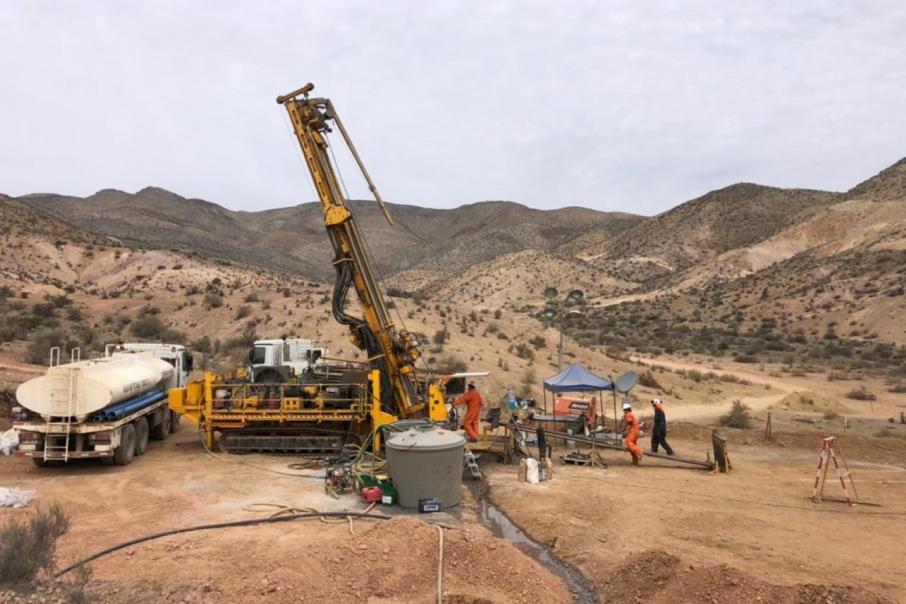 One of a limited number of Australian explorers in South America, Hot Chili has given the market more proof this week that its world class copper-rich Cortadera deposit near Chile’s northern coastline is still being unlocked with an astonishing intercept of 836 metres grading 0.5 per cent copper-equivalent from new drilling on the deeps of the Cuerpo 3 zone.

The hole ended in mineralisation.

The total section went 0.4 per cent copper and 0.2 grams/tonne gold. Managing director Christian Easterday said this extended the main porphyry on Cuerpo 3 by a further 80m.

Another hole confirmed there was a connection at depth between Cuerpo 2 and Cuerpo 3, and there are assays pending for a second “gap zone” hole in this zone.

Easterday said all three of the drill rigs at Cortadera had now been directed towards an extensional phase of its 40,000m drilling program, and were focused on “key growth areas” outside the maiden resource.

The company said a third phase of first-pass drilling was scheduled at Cortadera North in coming weeks.

Results are currently awaited on assays for about 9,000m of drilling from five diamond holes and 17 RC holes across Cortadera and Cortadera North.

The company said an update was also expected shortly on advances for work-streams on exploration, resource development and development for the combined Costa Fuego copper project. Cortadera is part of the coastal range infrastructure for the proposed integrated project, about 600 kilometres north of Chile’s capital, Santiago.

Cuerpo 3 is now the deepest target. It extends 1,500m from surface and is up to 600m wide. Adjacent Cuerpo 2’s mineralisation is established down to 850m and is 350m wide. Cuerpo 1 has a similar width and is outlined down to 350m depth.

In early April, Hot Chili revealed that the acquired Santiago Z prospect, 5 km south of Cortadera on the copper porphyry cluster on the Chilean coastal range, was shown to be also enriched in copper, gold and silver and had similar aged porphyries to Cortadera.

Soil results and mapping in April confirmed Santiago Z has a copper porphyry footprint about 4km long and 2km wide.

Exploration is an exercise in persistence and Hot Chili’s durable quest over more than a decade in Chile underlines its stamina. With its recent trading start on the US-based OTCQB Venture Market increasing its exposure to North American investors hungry for substantive new copper plays, the company is ready to emerge as one of the world’s best-credentialled project developers.