Deep Yellow has been recognised by OTC Markets as one of the premier performers on its OTCQX platform. The aspiring uranium producer made OTCQX’s Top 50 listing, which acknowledges the company’s annual share price performance and its commitment to international regulatory and compliance standards. Deep Yellow continues to develop the Tumas uranium project in Namibia with its PFS for the project set to be delivered in the coming weeks. 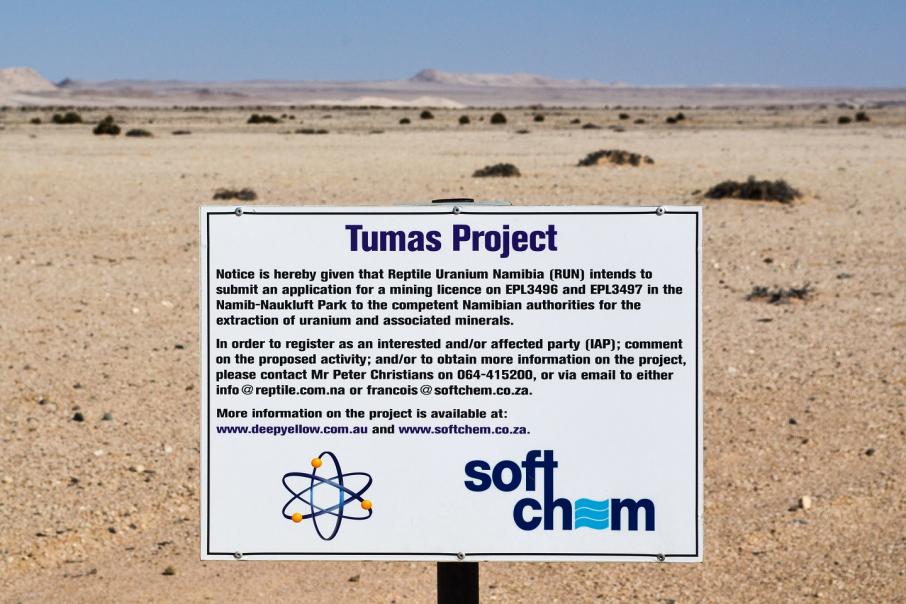 Deep Yellow has been recognised by OTC Markets as one of the premier performers on its OTCQX platform in 2020. The aspiring uranium producer made OTCQX’s Top 50 listing, which acknowledges the company’s annual share price performance and its commitment to international regulatory and compliance standards. Deep Yellow joins a star-studded cast of internationally listed companies on the OTCQX list including Anaconda Mining, Neo Lithium and Midas Gold Corporation.

The company posted a more than four-fold increase in its share price over the course of 2020, from a COVID-low of $0.11 in March before climbing to a high of $0.51 in mid-December. Since that time, the stock has barely paused for breath, extending its run into 2021 hitting $0.79 in the middle of January before settling back to $0.58 today.

Deep Yellow joined OTC Market Group’s OTCQB platform in June 2018 before being elevated to the group’s OTCQX US-based platform just 3 months later, in October 2018. A position on the OTC platforms can only be gained after meeting strict financial, regulatory and compliance standards which reflect global best-practice within the market sector.

The OTCQX listing is made up of 426 internationally listed companies and currently boast a combined value of more than US$1.6 trillion.

Deep Yellow Managing Director, John Borshoff said:“The QTCQX marketplace includes a high number of distinguished companies across different sizes, industries and geographic regions. To be recognised for our performance in 2020 is a testament to the entire Deep Yellow team both in Namibia and Australia, as we continue to work towards becoming a tier-one uranium producer.”

Deep Yellow is looking to develop the Tumas uranium project in Namibia. The project is located approximately 60 kilometres east of the southern African country’s deep-water port at Walvis Bay and lies within the Erongo uranium province, which is one of the world’s premier uranium producing terranes. The Erongo province hosts the venerated Rossing, Husab and Langer Heinrich uranium mining operations, with Deep Yellow looking to join the ranks in the not-too-distant future.

The extensive, near-surface uranium deposits at Tumas are hosted within old riverbeds, or paleochannels, which lie buried beneath the sands of the Namibian coastal plain. The uranium-vanadium mineralisation at Tumas shows strong similarities to the lucrative ores found at the nearby Langer Heinrich operation, providing a model for the development of the evolving project.

Deep Yellow launched its pre-feasibility study, or “PFS” over the Tumas project in the first quarter of 2020, which coincided with an impressive 33 per cent spike in uranium prices soon after. The price of the energy metal hit US$24 per pound in March before peaking in June at more than US$34 per pound. The price today continues to bump along at around US$30 per pound.

A report tabled by the World Nuclear Association in September 2019 has flagged a looming supply crunch and suggested prices may continue to trend higher as demand begins to outstrip supply from 2023, providing a powerful driver for the development of the Tumas project.

Deep Yellow’s PFS program in 2020 included infill drilling, bulk sampling, and metallurgical test-work which was focussed on the design and refinement of the processing circuit for the operation. Exploration across the company’s project area also continues to build Deep Yellow’s resource inventory and delineate high-grade mineralisation to bolster the economics of the project.

The Tumas project boasts a burgeoning resource of more than 108 million tonnes at 324 ppm uranium oxide. The imminent delivery of the company’s PFS will likely to see this number grow as the company looks towards the development of the Namibian asset.

The endorsement provided by OTC, placing Deep Yellow in its top performers for 2020, adds further weight to the aspiring-miners market credentials. With its revised PFS due in the coming weeks, the company is looking to be well placed to take full advantage of a strengthening uranium price and continue with the development of its project in southern Africa.