Deep Yellow is launching back into uranium exploration at its Nova joint venture in Namibia with 13 reverse circulation holes planned across its 4km long Barking Gecko prospect. The drill program is designed to confirm bedrock mineralisation similar in nature to the nearby tier one Rossing mine. 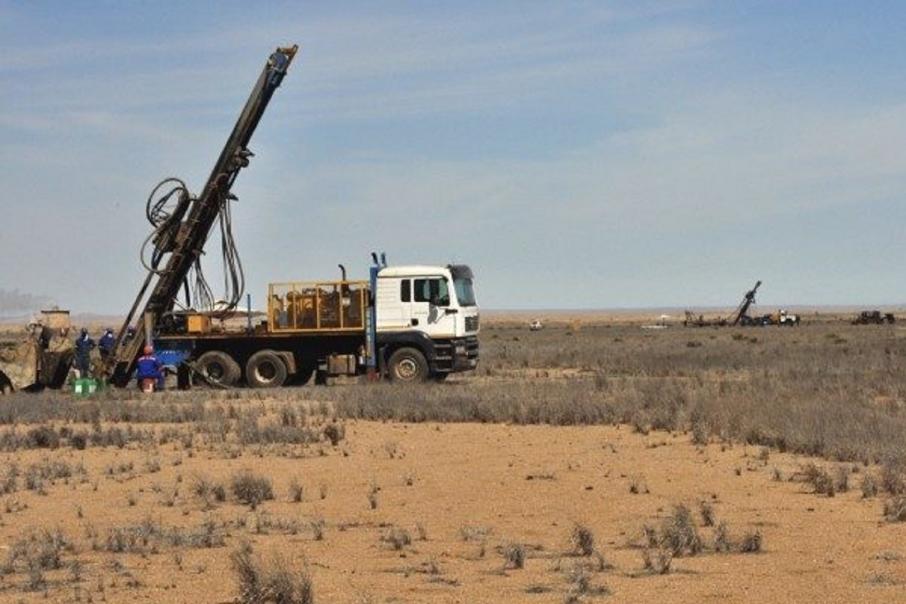 Deep Yellow is launching back into uranium exploration at its Nova joint venture, or “JV” in Namibia, with drilling set to shift back into gear this week. The Nova JV will drill 13 reverse circulation holes across its 4km long Barking Gecko target, north-west of the company’s developing Tumas uranium project. The drill program follows up on previous drilling which revealed the potential for a bedrock discovery with geological features similar in nature to the nearby tier one Rossing uranium mine.

The move to ramp up exploration comes after Deep Yellow’s joint venture partner, the state-owned Japan Oil, Gas and Metals National Corporation, or “JOGMEC” completing its exploration spending requirement of $4.5m to earn a 39.5 per cent holding in the project.

The Namibian coast is famous for extensive, near-surface, uranium-bearing paleochannels, which host both the famed Langer Heinrich and Tumas deposits however, Barking Gecko appears to be an entirely different beast.  The target is a bedrock prospect and shows marked geological similarities to the immense world-class Rossing and Husab uranium mines located less than 50km to the north-east of the project.

Rossing and Husab are hard-rock deposits, with the primary uranium mineralisation being hosted by a rare style of granitic intrusive rock called alaskites. This host rock is poor in mafic, or dark coloured minerals and rich in light coloured feldspars and quartz. The alaskites can be enriched in uranium and are often emplaced into zones of strong structural control, including fault and shear zones.

Rio Tinto’s massive Rossing open pit, 70km east of Swakopmund, has been in operation since 1976. The mine extracts around 20 million tonnes of ore per annum producing more than 2,400 tonnes of uranium oxide, making it one of the world’s largest uranium mines.

Rossing’s younger sibling, the Husab mine, was discovered in the late 2000s and proved a ‘company-maker’ for ASX-listed junior, Extract Resources. Husab is located around 15km to the south of Rossing and is now owned by China-backed Taurus Minerals. The mine has a resource of more than 280 million tonnes with an expected mine life of more than 20 years and produces over 3,000 tonnes of uranium oxide per annum.

Interestingly, Taurus spent over $2.2 billion in 2012 to acquire Extract Resources, hinting at the value of such a discovery. Production from the Rossing and Husab deposits underwrites Namibia’s position as the fifth largest producer of uranium in the world and provides an enticing model for the Nova JV’s exploration program at Barking Gecko.

First-pass exploration at Barking Gecko has outlined a bedrock target over a kilometre wide which also extends over more than 4km of strike, providing ample opportunity to make a significant discovery.

The planned follow up program will comprise the emplacement of 13 wide-spaced reverse circulation drill holes across the covered target to better assess the underlying geology and extent of the uranium mineralisation. The Nova JV will use downhole optical loggers to map both the sub-surface geology and structure, whilst gamma logging will map out the extent and concentration of the uranium mineralisation. Diamond drilling may also be utilised to further assess the zones of significant mineralisation as the discovery unfolds.

The Nova JV covers two tenement holdings on the coastal plain of Namibia in southern Africa. The tenure is located around 40km to the east of the country’s port at Walvis Bay, with both tenements contiguous with Deep Yellow’s Tumas paleochannel project. The JV is a partnership between Deep Yellow, who own 39.5 per cent and manage the JV, JOGMEC who own a 39.5 per cent interest, and Nova Energy and Sixzone Investments that own 15 and 6 per cent, respectively.

Deep Yellow expects drilling to kick off this week and be completed in the early December, with results expected before the close of 2020. However, with a potential Rossing sized discovery up for grabs, it is already planning its next phase of drilling for January 2021 as it looks to turn Barking Gecko from an interesting prospect into a discovery in the coming months.