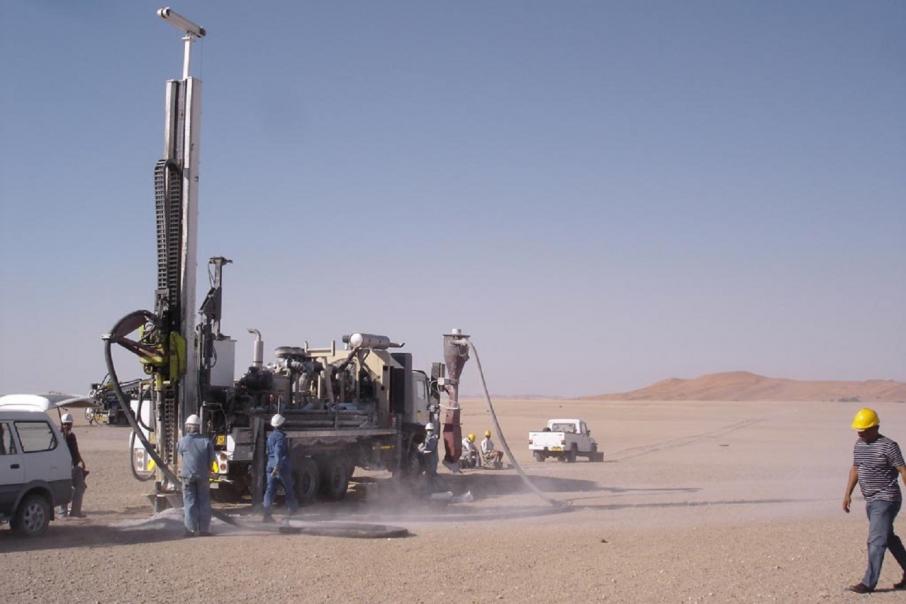 The latest results from the emerging discovery come from a recently completed 13-hole, 3,211 metre drilling program designed to test the lateral and depth extents of the deposit. The exploration program appears to have successfully expanded the footprint of the find and identified two distinct prospect areas within the discovery zone, namely the Barking Gecko North and Barking Gecko South targets.

Barking Gecko forms part of the Nova joint venture which consists of two tenement positions on the coastal plain of Namibia in southern Africa. The JV tenure is located approximately 40km to the east of the country’s port at Walvis Bay, with both tenements sitting contiguously with Deep Yellow’s developing Tumas calcrete uranium project. The JV is a partnership between Deep Yellow, who owns 39.5 per cent and manages the JV, JOGMEC who own a 39.5 per cent interest and Nova Energy and Sixzone Investments that own 15 and 6 per cent respectively.

Exploration across the Nova JV is targeting high-grade, hard-rock uranium mineralisation, as opposed to the near-surface calcrete deposits of the Tumas paleochannel.

Whilst the Namibian coastal plain is famous for its uranium-bearing ephemeral river channels, which host both the famed Langer Heinrich and Tumas deposits, the mineralisation at Barking Gecko comes from a primary source. Interestingly, the evolving deposit shows marked similarities to the  world-class Rossing and Husab uranium mines which are located less than 50km to the north-east of the project area.

Rossing and Husab host primary uranium mineralisation, which is sourced from  a suite of rare granitic intrusive rocks coined “alaskites”. Alaskites are depleted in mafic, or dark coloured minerals and rich in both feldspars and quartz. These intrusives may be enriched in uranium and often swarm into zones of strong structural control, including broad fault and shear zones.

Rio Tinto’s massive Rossing open pit, situated 70km east of Swakopmund has been in operation since 1976 and processes around 20 million tonnes of ore per annum. The mine produces more than 2,400 tonnes of uranium oxide a year, making it one of the world’s largest uranium mines, providing something of an enviable model for Deep Yellow’s  discovery at Barking Gecko.

Recent exploration has focused on the Barking Gecko North discovery and continues to extend the prospect area. The prospect now extends along more than 2km of strike with mineralisation extending laterally across more than 1,000m of stratigraphy, presenting a large target for ongoing drill testing.

Analysis of the Barking Gecko North data indicates that the alaskite stratigraphy remains open along strike and potentially plunges to the south-east - the uranium mineralisation also appears to be strengthening at depth.

Deep Yellow’s drilling also tested the Barking Gecko South prospect and consisted of one drill line with three drill holes. The prospect sits around 1km south of Barking Gecko North and covers more than 4km of the highly prospective Rossing Formation. Exploration returned an array of enticing results including 8m at 235 ppm uranium oxide from 199m and 10m at 177 ppm uranium oxide from 77m down-hole.

All three drill holes at Barking Gecko South returned anomalous uranium mineralisation with a first-pass interpretation of the new discovery showing it remains open along strike in both directions and tags the discovery as a priority target for ongoing exploration.

With drilling at Barking Gecko having now outlined two extensive zones of uranium mineralisation and assaying continuing to return a plethora of anomalous results, the prospect looks to be rapidly taking shape and may quickly add a second string to Deep Yellow’s Namibian bow as drilling continues to define the alaskitic ore system in the months ahead.