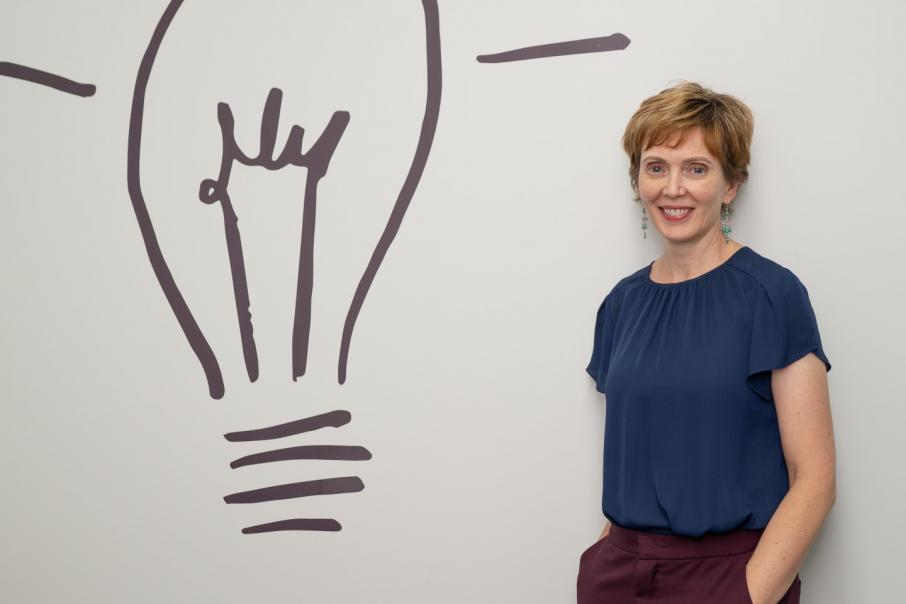 The webinar, Beyond complaints – what it takes to prevent workplaces sexual harassment and change culture, addressed the concerns about inappropriate behaviour at work and the need for bosses, particularly male bosses, to call out the behaviour of their colleagues and set a positive example.

The issue of workplace sexual harassment has been brought to widespread public attention of late, particularly given the re-emergence of the #MeToo movement in social media in 2017.

In 2020, the final report of the 2018 National Inquiry into Sexual Harassment in Australian Workplaces Inquiry, Respect@Work, was released.

It found 33 per cent of people who had worked in the past five years had been subject to sexual harassment.

This year, attention turned to Parliament House in Canberra, where a former staffer, Brittany Higgins, alleged she had been raped in a minister’s office by a fellow staffer in 2019.

While the federal government has been criticised for its actions in dealing with the issue (and others) in its own workplace, it accepted, in part or in full, all 55 recommendations made in the Respect@Work report in April 2021.

Last week, it pledged $20.5 million for the implementation of the response, including $3.5 million for primary prevention and research into sexual harassment as part of the federal budget.

Meanwhile, the Respect@Work report also called on individuals and businesses to make changes.

The report found several cultural and systemic factors contributed to workplace sexual harassment: the culture created by leadership; a lack of understanding about what constitutes sexual harassment; and the use of alcohol in a work context.

It said prevention strategies came from the top down, with leadership responsible for assessing risk to sexual harassment, building a culture of trust and respect, and developing a collective understanding of expected workplace behaviours.

He said bad behaviour was often ignored by people in power, setting a poor example for those in more junior positions.

“This type of behaviour is walked past by senior men, it’s part of a ‘we have always done that’ sort of attitude,” Mr Drummond said.

“It is changing but there are some industries and some organisations where senior men still will walk past this, and it has to change.”

CEOs for Gender Equity chief executive Tania Cecconi has been engaging leaders on the issue of workplace sexual harassment for several years.

Ms Cecconi said a clear definition of sexual harassment was needed to ensure there was no ambiguity among staff.

The Respect@Work report found some of the most common forms of sexual harassment reported were sexually suggestive comments or jokes, and intrusive questions about private life or physical appearance.

In many cases, those making the jokes were surprised to find they were perceived as offensive.

Ms Cecconi said it was also important to ensure open communication and discussion of the issues around sexual harassment in the workplace.

In the past, she said, organisations had been quick to cover up incidents for fear of bad press. The use of non-disclosure agreements was raised in the Respect@ Work report.

While it found there were some benefits to using non-disclosure agreements to protect the confidentiality and privacy of victims, there was also concern they could be used to protect the reputation of the business and the harasser.

Other than that, the report made no conclusion about NDAs.

However, Ms Cecconi said some businesses were recognising the advantages to being open and transparent.

“They understand the way to enhance their reputation is by giving victims a voice and it’s not by silencing them, it is using a victim-centred or trauma-informed approach, and it’s also about holding perpetrators to account,” Ms Cecconi told Business News.

She said work needed to be done to collate data on workplace sexual harassment to inform approaches to address the issue.

“We need to get better at measuring the incidence of workplace sexual harassment, reporting it, understanding its nature, and its impact and also the effectiveness of their responses in the past,” Ms Cecconi said.

KPMG has started to use the incidental data it collects to find where sexual harassment might be occurring.

“We get very broad and constant feedback from our staff through a range of informal and formal mechanisms at all levels,” Ms Kitchen said.

“We track it back to where the pockets of problems are, and we take actions to deal with them.”

KPMG made headlines recently after workers at its Melbourne office were dismissed after an investigation into an annual boys’ night out, which included strippers and binge drinking.

Ms Kitchen said the firm’s approach was not to focus on keeping it out of the media but trying to remove the behaviour from its organisation.

KPMG reviewed its processes and procedures for dealing with sexual harassment following the release of the Respect@Work report 12 months ago.

It found the business was not victim centred enough, was too legalistic in its approach, and that it was difficult to report incidents, Ms Kitchen said.

The review also showed that, while the firm was investigating incidents that had been reported, staff were not always aware of the outcome.

For example, if an investigation’s findings weren’t serious enough to require the harasser’s resignation, employees often believed no action had been taken.

“We are working very hard on how we demonstrate much more clearly that there always are consequences for bad behaviour, so people recognise we are doing it,” Ms Kitchen said.

Ms Mansfield said change required three ingredients: committed senior leadership; a plan for what the organisation wanted its culture to be; and significant initiatives.

She said nothing would occur without the input of senior leadership. “Every single day, you have to role model the new culture,” Ms Mansfield told Business News.

“The whole system has to change and that’s what people often forget.

“They roll out values, they roll out wonderful posters, they roll out all these lovely statements and in my opinion they give the organisaton a nice shiny coat of paint, but they actually don’t change anything else.

“They have to renovate the whole organisation.”