Creasy gets set for Nova mark 2 with Legend 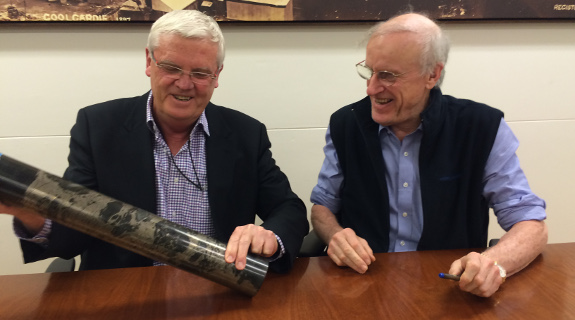 They say lightning never strikes the same place twice but in the case of world class nickel discoveries, it’s not all that unusual for them to occur in clusters.

Some good examples are the Sudbury, Thompson, Raglan and Norilsk deposits to name just a few.

The burning question on everybody’s lips since Mark Creasy and  Sirius Resources discovered the spectacular Nova nickel deposit in the Fraser Range, is could this be another cluster discovery ?

The last man standing with the biggest block on the best street was Perth based Legend Mining.

This week they sealed a deal with legendary deal maker Mark Creasy to acquire 70% of his “Rockford Project”.

Creasy retains a 30% free carried interest up until the signing of a mining venture agreement and this week he was allocated 71.5m Legend shares and 150m options exercisable at 4c a share – 4 times Legend’s current share price.

Creasy was also paid $2.5m cash by Legend who are the envy of their junior explorer peer group with up to $15m in cash and liquid assets.

As part of the deal, the avid explorer Creasy has supplied Legend with box loads of exploration data for the project and the company has now identified three key target areas.

The Fraser Range express is about to start gathering speed too as Legend Mining this week kicked of an electromagnetic survey at the Rockford project which is where it all began for Sirius.

And with the wily Mark Creasy swinging off their coat tails, it just might be a wild ride for the Mark Wilson led Legend Mining.