ASX-listed Coziron Resources has field plans well underway in preparation for a drill campaign to commence on the first phase of diamond holes at its Top Camp prospect in WA’s Pilbara region. Three holes are planned to follow up the company’s maiden discovery at Top Camp that included 8 metres grading 10.2 grams per tonne gold. Top Camp is part of Coziron’s Croydon project in the emerging Mallina region.

Coziron will use the data from the diamond holes to figure out what the geology is doing and also understand the orientation of the mineralisation. This will enable it to put the finishing touches on a more intensive follow up RC drilling program along the 1.5-kilometre-long by 400-metre-wide Top Camp prospect.

Coziron also said it had acquired data from a multispectral survey that covers its Top Camp ground. Multispectral surveys measure energy that is reflected from parts of the electromagnetic spectrum. The specific signals emitted can be analysed and used to image groups of minerals or changes in geomorphology.

The Perth-based explorer said it is using the multispectral images in conjunction with its geochemical data to map features that may relate to gold mineralisation. Specifically, the company is focused on the Tabba Tabba shear zone that looks like it controls the location of De Grey Mining’s exception Hemi gold discovery up the road.

Hemi was a game changer for De Grey when it was discovered in late 2019. Recent air core drill results included a whopping 44m intersection grading a solid 5.1g/t gold from just 40m and 46m grading 6.6g/t gold from 92m.

De Grey boasts a combined resource of almost 1.7M ounces of gold across its two mining centres, Withnell and Wingina and five deposits with both open pit and underground mining operations planned.

Coziron will use the results of its multispectral data to identify priority areas for surface sampling and boots-on-ground geological mapping. The results will also aid Coziron Geologists to plan areas for future drilling.

De Grey’s shares ran hard on the back of the Hemi discovery from about 4c to 40c and is still only just off its high despite the ravages of the Coronavirus.

If Coziron can replicate any part of De Grey’s success in the region it will take on an entirely different complexion.

Substantial shareholders as published in the annual report.
END_OF_DOCUMENT_TOKEN_TO_BE_REPLACED
Powered by Morningstar ®
Next Articles 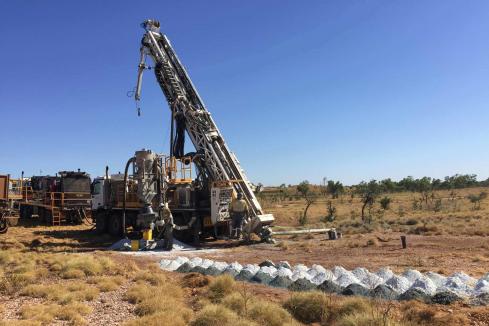