Coziron Resources has identified an electromagnetic conductor down-dip of the Martin prospect at its Croydon Top Camp multi-element project in WA’s Pilbara region as a priority target for its upcoming drilling program. Reprocessing of 2016 electromagnetic data is underway to determine if any additional anomalies are present. Any conductive targets with coincident geochemistry will be prioritised for drilling. 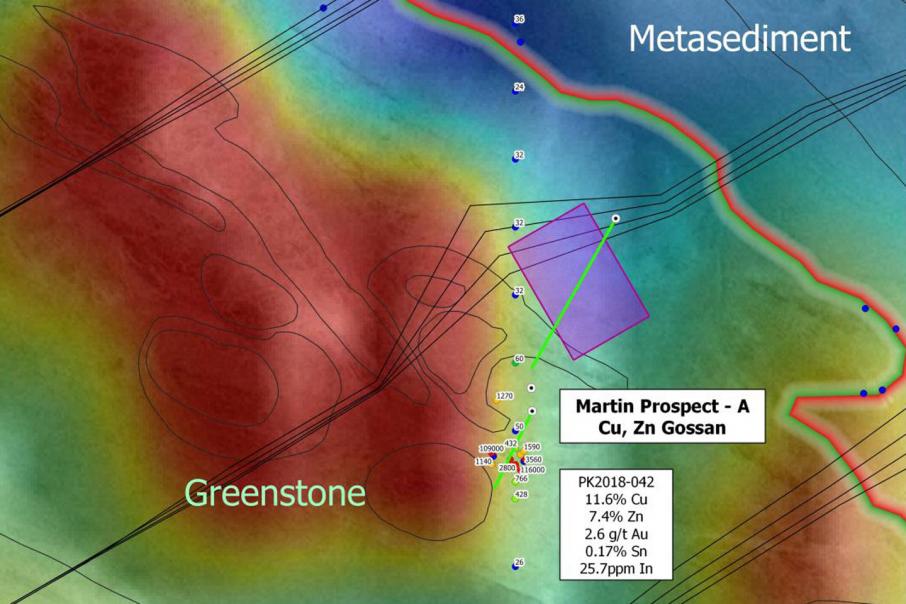 ASX-listed junior explorer Coziron Resources is closing in on a drilling program at its Croydon Top Camp multi-element project in WA’s Pilbara region with further work being carried out to fine-tune its targeting.

The company identified an electromagnetic conductor down-dip of the Martin copper-gold prospect as a priority target after updating its exploration database to include conductive targets and results from a 2017 drilling program.

Coziron is now reprocessing data from the 2016 electromagnetic program to determine if any additional conductive anomalies are present in the greenstone sequence at the Martin prospect Anomaly A.

Any conductive targets with coincident geochemistry will be prioritised for drilling under the 500m program.

Soil sampling indicated the gossan was located within a zone that is at least 40m wide in the mafic rocks, where copper ranges from 500 to 1000 ppm and zinc from 400 to 3000 ppm.

Coziron has also identified additional electromagnetic conductors within the greenstone sequence on the eastern part of Top Camp Project that represent exploration targets for surface geochemistry and RC drilling.

“Its immediate ambition is to sequence these drill programs in the most efficient manner across the balance of the 2019 year, with the continued support of the company’s major shareholder Mark Creasy.”

The western block of the 317 square kilometre tenement has a long history of gold prospecting and small-scale mining activity.