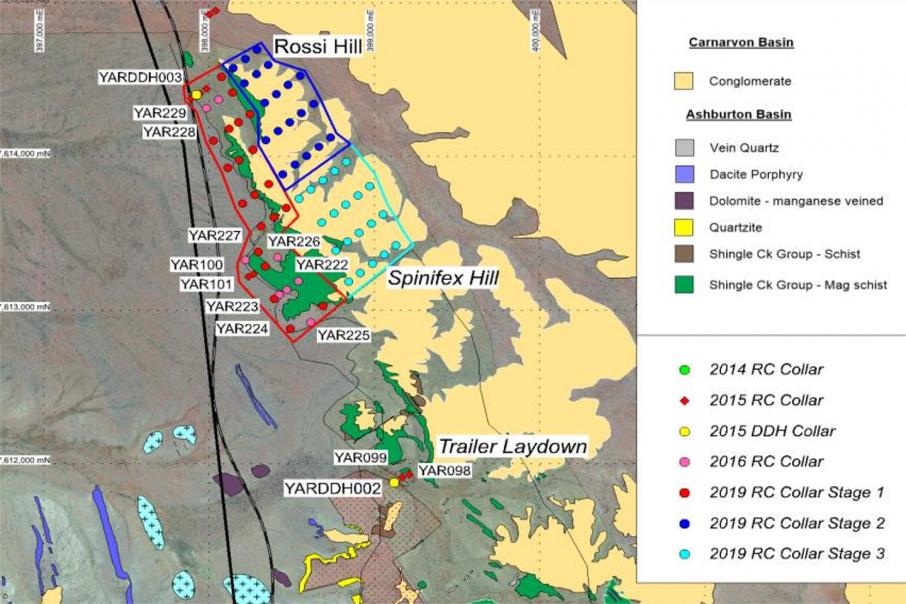 Coziron Resources is getting serious about its exciting Ashburton magnetite iron project in the west Pilbara, WA, with the company’s directors and largest shareholder, Yandal Investments – owned by Mark Creasy, providing $685,000 in funding for working capital.

In addition, the company will shortly undertake a placement to fund a substantial 12,500-metre infill and extensional RC drilling program at the project to facilitate the development of a maiden JORC-compliant mineral resource extending over about 1.5 kilometres of strike.

The drilling campaign will only cover about 20% of the area with a strong magnetic response at Ashburton, where Coziron has developed an exploration target of between 816 million tonnes and 1,567 million tonnes on the western mineralised zone of the large ore system.

Chairman Adam Sierakowski said: “The investment in the company by the directors and Yandal demonstrates the conviction of the Board and its major shareholder to accelerate the company’s iron ore exploration programme in the west Pilbara as quickly as possible.”

The placement will cover all drilling, assaying and metallurgical test work programs for the proposed program, with previous work showing that the deposits represent a unique, soft, premium schistose iron ore product with low sulphur content, low impurities and no blue asbestos.

Coziron’s Ashburton project is also just 70km from CITIC’s export hub at the Cape Preston port, which is now the biggest shipper of the commodity globally.

The project is adjacent to major transportation corridors only 5km off a bituminised highway and 1-2km east of two operating gas pipelines, which could potentially be used to power a large magnetite processing facility if required.

Drilling has turned up incredibly consistent widths of magnetite mineralisation, including 156 metres grading 28% iron below the base of oxidation.

The company rates the project highly since it represents a new, large-scale setting for sought-after magnetite mineralisation, which has become the preferred feedstock in steelmaking as the quality and grade of traditional direct shipping hematite and goethite iron ores declines globally.