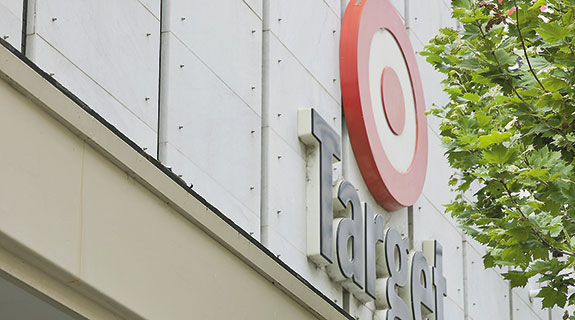 It’s refreshing to encounter executives who seemingly conduct their business in a manner that accords with their stated values.

SO it turns out my hero may have feet of clay. The man who spoke with such passion and conviction about gender equity in the workplace has stepped down as chief executive of the Australian Securities Exchange over the Australian Federal Police investigation into the conduct of Tabcorp in Cambodia in 2009.

Allegations Tabcorp paid the Cambodian prime minister’s family a $200,000 bribe put the gambling giant’s former chief executive, Elmer Funke Kupper, in a difficult position whereby he felt he had no option other than to step down as boss of the ASX.

Mr Funke Kupper’s decision pre-empts the outcome of the investigation, which has not named him and may never clarify exactly what went on seven years ago in Cambodia, let alone who knew what.

Mr Funke Kupper didn’t have to resign from the ASX, but told the media it was not in ASX’s best interests for him to stay on during an investigation that could run for months, if not years.

Mr Funke Kupper made it clear his decision was in no way an admission of any wrongdoing and his motivation appears more heavily weighted towards separating the bribery scandal from the business that runs Australia’s stock exchange.

If these are his motivations – and we will never know for sure, even once the AFP has handed down its report into the conduct of Tabcorp in Cambodia – then my admiration for Mr Funke Kupper still feels well placed.

He could have stayed on at the ASX and made a decision on his future once the investigation was concluded; but the nature of the allegations, as well as the governance role of the ASX in the corporate community, made that untenable.

The allegations have already stained Mr Funke Kupper, irrespective of the outcome of the investigation.

In his role as chief of the ASX, Mr Funke Kupper has been characterised as an innovator who responded to new opportunities, increased competition and drove a strong financial performance from the listed exchange owner.

But the AFP investigation into events outside of Mr Funke Kupper’s ASX role has now taken prominence, with questions raised about Tabcorp’s leadership and why it was interested in doing business in Cambodia.

Cambodia came in at 127th out of 189 countries in the World Bank’s 2016 Doing Business survey, and a Transparency International 2013 report rated it the most corrupt nation in the Association of Southeast Asian Nations.

So what was Tabcorp doing in Cambodia and is it fair the media is asking questions about its motivation and the corporate culture underpinning that decision?

Journalists tend to avoid detailed examination of corporate culture, as far as I can see, until companies hit trouble.

While I retain a certain cynicism about culture and so-called corporate values, I was interested to hear Wesfarmers’ newly anointed chief of department stores, Guy Russo, give his view on building good culture at a recent business forum.

Mr Russo, who has turned Kmart into the unrivalled star of the discount department store sector, is now training his sights on the conglomerate’s problem child – Target.

The former McDonald’s Australia chief told a forum he had misgivings about businesses that festooned their lobbies with values statements.

He said if you had to fly a flag adorned with words like ‘honesty’ or ‘respect’, your business was probably in trouble.

He said these basic values had to be demonstrated in every aspect of a business – from relationships with staff to negotiations with suppliers.

Mr Russo proudly tells anyone he talks to that his clothes are all from Kmart, and when he walked through a Kmart store with me late last year he stopped and helped a woman who couldn’t find a sales assistant to answer her question.

I’m sure Mr Russo has his detractors, but he understands how important it is for staff to see his commitment to the business and his willingness to listen to their concerns.

Mr Russo said he spent his first year at Kmart travelling to stores and listening to staff to find out what was going on, and what wasn’t working.

His enthusiasm about Kmart and Target verges on evangelical, right down to wearing his own merchandise to public events.

“He looks like he’s wearing supermarket clothes too,” sneered one investment banker I spoke to recently.

But that’s what walking the walk looks like, no matter what your feet are made of.