Coolgardie Minerals has kicked off a near-mine exploration drilling program at its operating Geko gold mine near Coolgardie in WA, with the aim of extending mineral resources beyond the limits of the existing open pit. The work will target areas east and west of the open pit at depth and also along strike west of a high-grade supergene oxide pod of gold mineralisation noted from earlier grade control drilling. 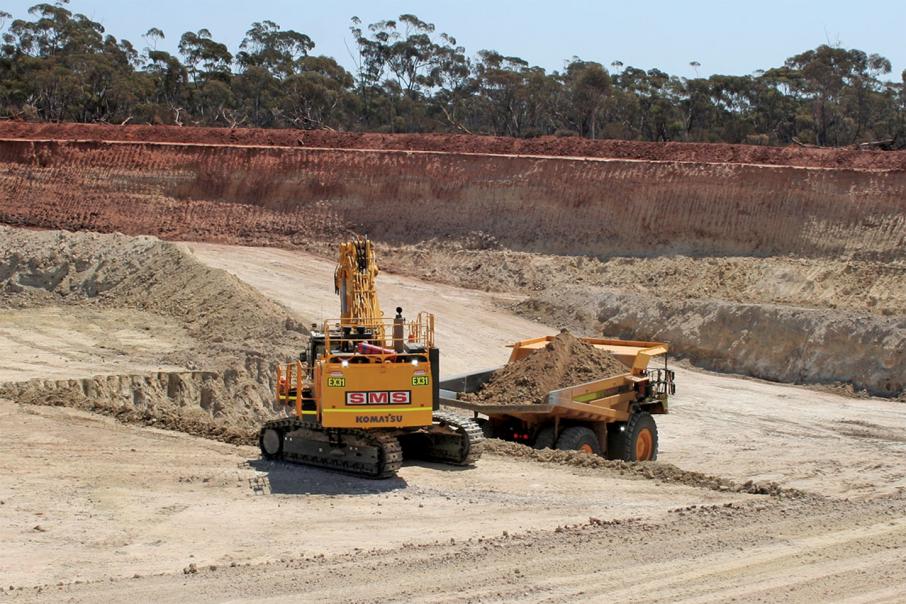 ASX listed gold producer Coolgardie Minerals has kicked off its initial near-mine exploration drilling program around the operating Geko gold mine near Kalgoorlie in WA. The aim of the program is to potentially extend mineral resources beyond the limits of the existing open pit boundaries.

The company is planning 4 RC holes to test the deeper eastern and western extensions to the resource at the prospective looking sheared mafic-ultramafic contact that hosts the Geko gold mineralisation.

The drill program follows on from recommendations of a recent 3D geological interpretation of the Geko resource, which outlined possible extensions to the Geko deposit both down-dip and down-plunge of the known mineralisation.

The 3D overview has determined that gold mineralisation at the broader Bullabulling project is probably more extensive than previously thought and not simply confined to a major regional shear zone in the area.

The company has now surmised that the overall prospectivity of the district has been underestimated because historical exploration has not effectively tested targets in the region.

According to management, only about 50% of the prospective gold zone has been drill tested to date, with the small Geko deposit holding 136,000 gold ounces, covering less than 10% of this same zone.

The nearby Bullabulling gold project holds about 3 million ounces grading over 1g/t gold suggesting the possibility of upside on Coolgardie Minerals’ tenement holdings around Geko.

The company plans to throw $2.65m into exploration across its Bullabulling project area over the next two years with a view to steadily expanding its gold resources and reserves in the region.

Things are ticking along nicely for the Coolgardie Minerals at Geko with the first production and stockpiling of ore being reported last month.

Sale of the oxide ores will commence soon when it is delivered to the South Kalgoorlie processing operation for toll treatment, as per the September ore sale agreement with Northern Star.

Ultimately, Coolgardie aims to become a 100,000 ounce gold producer within 3 years via organic growth on its existing project holdings and potentially by strategic mergers and acquisitions in the same region.