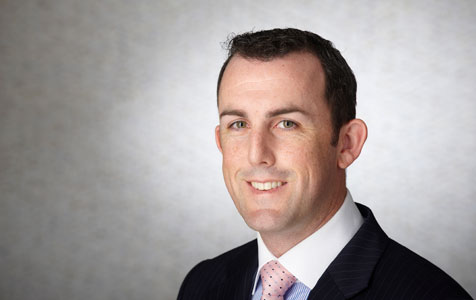 After another 12 months riding on the back of the resources sector, 2013 is shaping up as a year in which consumers will have an important role in the nation’s economic fortunes.

Consumers have certainly entered 2013 in sound financial shape, largely through efforts to increase savings and reduce their debt burden, the latter aided by cuts to official interest rates. Such an approach reflects more caution on the part of consumers, who had become progressively more pessimistic about the economic and political landscape, both locally and abroad, during the past two years.

For local businesses, confidence has similarly declined, reaching a post-GFC low by the end of 2012.

This uncertainty also has its roots much closer to home. There is no sign of pressure coming off business, which is exposed to an increasingly competitive and interconnected global marketplace, yet is being handicapped by Australia’s high cost, low-productivity environment.

This environment will only become more difficult for business if the federal government succeeds in implementing the raft of policy changes to industrial relations, temporary migration and environmental approvals.

To date, the Western Australian economy has been able to withstand the slump in consumer and business confidence, with the phenomenal pipeline of mining investment activity largely intact despite the evident slowdown in the Chinese economy in the latter half of 2012.

Now, as more positive news emerges from China, the US and even Europe (notwithstanding the latest eurozone bailout package for Cyprus), and as the All Ordinaries sailed past the 5,000 mark, we are seeing evidence of a bounce in confidence.

According to the Curtin Business School-CCI Survey of Consumer Confidence, confidence among local consumers has rebounded in the first three months of 2013, from the record low levels of late last year.

A similar pattern has emerged for business, with the Westpac-CCI Survey of Business Expectations showing that confidence among local businesses improved in the first three months of the year. The improvement, however, was less than that for consumers, with high business costs still affecting business’s profitability, and in some cases survival.

The good news is there are signs that the resurgence in the non-mining sectors of the economy is on track. The Westpac-CCI Leading Index of WA Economic Activity – a good indicator of activity outside of resources – points towards a positive year ahead after posting its seventh straight month of growth in January.

While CCI’s forecast growth for the WA economy of 6.5 per cent this financial year and next has not changed, the composition of growth is likely to change.

A more confident consumer sector will likely translate to increased activity beyond mining. While consumers are already demonstrating their newfound confidence via higher retail spending, the potentially big story of 2013 and beyond could well be increased activity in the long-dormant housing sector.

The signs of life in the housing sector are increasingly evident in the established market. House prices are on the way up, reaching a three-year high in the final months of 2012. With the increased level of activity in the market, the median house price reached a new record high of $510,000 for the March quarter. The new housing market is similarly positive, as record population growth drives the need for further investment in new housing stock.

While the global environment will always be a key risk to WA’s externally focused economy, in many respects the local risks associated with our high cost, low-productivity economy are more pressing. Failing to address these challenges will risk the longer-term prospects for the WA economy.