Both the major political parties are worried about the Greens’ growing influence at the national level. 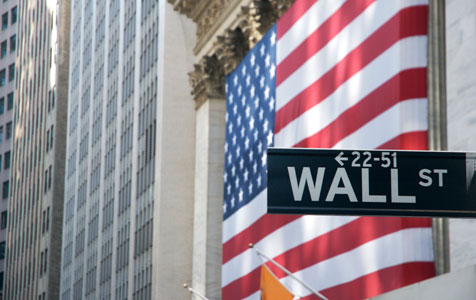 IN ON IT: Wall Street operators have a vested interest in promoting the global warming scare. Photo: iStockphoto

Both the major political parties are worried about the Greens’ growing influence at the national level.

PARTY campaign strategists from both the Liberal and Labor parties are worried that some of their blue-ribbon seats in Sydney and Melbourne may soon fall to the Greens.

Mr Samaras says Greens should no longer be viewed as a protest party.

This suggests Australia’s political landscape now has two dual-party blocs confronting each other – the left and far left Labor-Greens, and the Liberal-Nationals made up of conservatives, rightists and soft fad-oriented individuals like, say, Malcolm Turnbull.

“For far too long now those in the political commentariat have explained away the Greens political party support as a protest, a flash in the pan, and a product of temporary voter disillusionment,’’ Mr Samaras told The Australian.

“The reason I think we now have a three-party system is simple; the Greens basically represent a new class of voter, partly created by the knowledge economy … a different person entirely (who is) a product of the complete contraction of high-income jobs to the centre of Melbourne.”

He said Labor would continue contesting inner-city seats but would refine its approach to focus on ‘contestable’ voters in well paid but insecure contract employment who would be threatened in the event of a downturn.

“We are very much about contesting this space and holding the Greens to account, especially in the area of job security,” Mr Samaras said.

“These people still need to eat, and the Greens have no plan for that.”

Mr Kroger said plans were being prepared to combat the Greens’ encroachment into long-time inner Melbourne seats such as Hawthorn, where they’d polled 22 per cent of the primary vote, and the high teens in the seat of Brighton.

“I am concerned about the fact that the party has not really had a strategy for fighting the Greens head-on, something I propose to rectify with a campaign directly aimed at Green voters in Liberal seats, many of whom are considered to have benefited substantially from economic growth but repay the Liberal Party by voting Green,” he told The Australian.

How and why is this happening?

Labor was traditionally the party of blue-collar workers, electorally augmented by a smaller, although sizeable, number of white-collar voters.

Over time, Labor’s blue-collar support has been steadily overtaken by the white-collar cohort, which increasingly focuses on what’s best dubbed non bread-and-butter fads and fancies.

“Somewhere in the 1990s, the [Labor] Party abandoned class-based analysis in favour of identity politics,” Mr Latham told the Australian Financial Review (May 16-17).

“Instead of judging people on the basis of socio-economic need, Australia was sub-divided along the lines of ethnicity, gender, sexuality and culture.

“The tragedy of modern Labor is that it no longer talks about poverty.

That’s also an appropriate way to describe Greens activists, who long ago replaced their tree hugging proclivities with claims that the world was being heated by carbon dioxide (which they erroneously refer to as ‘carbon’) produced from the burning of coal and oil.

Although this is politically contrived nonsense, refuted by scientific studies, data and history, it forms the basis of a worldwide movement that, crucially, includes Wall Street, UN bureaucrats and Hollywood’s studios, and grant-seeking academics, all who have much to gain financially from taxing CO2, an essential plant nutrient.

Wall Street operators would love seeing a global tax on carbon dioxide so they can trade – for lucrative commissions – CO2 certificates.

That’s a powerful alliance linked by money, moralising and fame hunting, and entirely dependent on hard-sell publicity, aka protracted propaganda.

It’s impossible to go through a day without hearing, seeing or reading about ‘climate change’.

Financiers, stockbrokers, stars and starlets, well-healed UN bureaucrats and green-oriented politicians from all parties also constantly mouth either ‘global warming’ or ‘climate change’ despite the global temperature today being the same as in 1960.

But back to those who support the two major political parties.

Since so many MPs, party office bearers and branch activists have become true believes in this worldwide nonsense of ‘climate change’, their traditional backers have understandably become more inclined towards accepting it as being valid.

So in the midst of this subconscious conversion, is it any wonder Labor and Liberal voters are steadily shifting allegiances to identify with the Greens, a party which more ardently than any backs action on ‘climate change’?