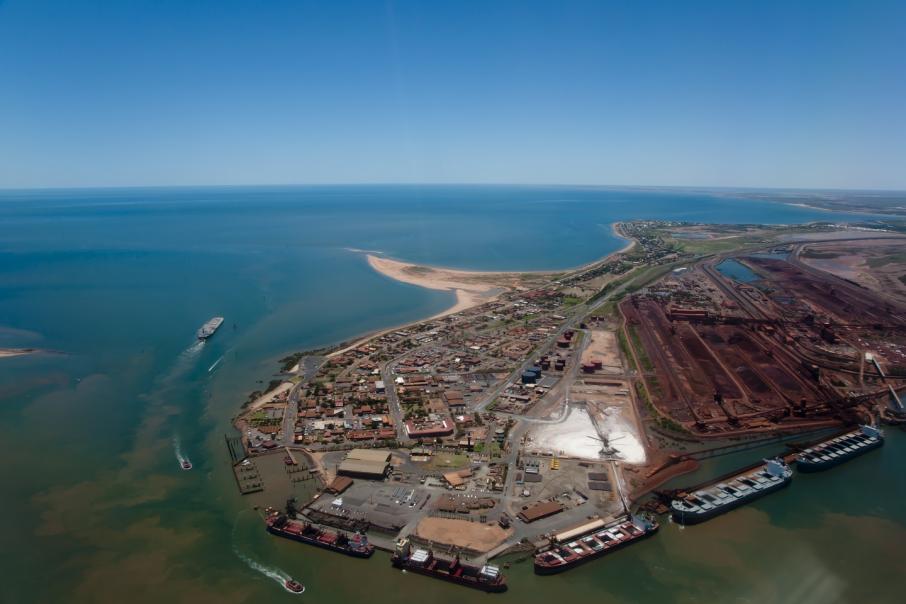 Things can get congested in Port Hedland. Photo: Stockphoto

Working with billionaires can be just as difficult as herding cats, something previous governments have discovered and an emerging challenge for Ports Minister Alannah MacTiernan.

Earlier encounters between the state government and super-rich business owners have bruised both sides, and a four-way contest for access to additional iron ore export capacity at Port Hedland could become an equally painful experience.

The contest so far, which involves Andrew Forrest, Gina Rinehart, Chris Ellison and a big corporate player in BHP, has been a low-key affair, partly because the government is wary of annoying one or more of the players and also because of uncertainty about future iron ore demand.

As ringmaster in the event, Ms MacTiernan is reported to have suggested the competitors work together to achieve an acceptable common outcome (a request that makes sense, though perhaps not to a self-made billionaire).

The core issue at Port Hedland (the world’s busiest bulk materials port) is that, geographically, it is nothing more than a creek bed meant to handle floods in the cyclone season.

Deepening and widening over the past 50 years has turned a narrow waterway into a port able to handle some of the biggest ships in the world.

However, all the man-made expansion can’t alter the fact that moving a 200,000-tonne bulk carrier is determined by the tide, and that’s when things get a bit squeezy.

Ship movement capacity at Port Hedland is not only limited by tides to around 600 million tonnes of iron ore a year, but also by the slow pace at which a big bulk carrier can be safely manoeuvred in and out of the harbour.

Unfortunately, the near-record high price for iron ore means that every company exporting through Port Hedland is planning to expand, potentially lifting demand for capacity to more than 700mt a year.

According to one recent analysis: BHP wants to increase its exports through Port Hedland by 40mt to 330mt a year; Fortescue Metals Group is planning a 35mt increase to 210mt; Mrs Rinehart’s Roy Hill Holdings wants to add 10mt, taking output to 70mt; and Mr Ellison, via Mineral Resources, has plans to ship 50mt a year.

Collectively, those plans add up to an extra 135mt a year of iron ore through Port Hedland, which is believed to have a theoretical capacity, after additional dredging, of 650mt, about 80mt less than what the miners want.

The obvious solution was on the drawing board during the last iron ore boom, when BHP proposed to develop a $20 billion outer harbour, eliminating the need to negotiate the narrow channel at Port Hedland.

That plan failed when BHP baulked at the cost and demands by major shareholders to pay them dividends rather than invest in major projects.

A decade on and Port Hedland’s limits have returned as a problem, with Ms MacTiernan said to have suggested that companies wanting extra export capacity work together and pick up where BHP left off, though perhaps with a more modest outer harbour target costing around $10 billion.

How anyone aligns the interests of BHP, the world’s biggest mining company, which those of Western Australia’s leading mining entrepreneurs is an interesting challenge.

While Ms MacTiernan tries to manage the requests of the miners, it’s worth considering whether the iron ore boom that has enriched WA will continue for much longer, and whether some of the Port Hedland players have doubts about demand growth continuing.

The rush to ship more ore out of Port Hedland is easy to understand because it is likely this year will be first since 2013 that the price of high-grade ore has averaged more than $US100/t.

Unless prices change dramatically before the end of next month, iron ore will have risen by 38 per cent thanks to a combination of Chinese demand for steel and Brazilian iron ore exports being crimped by mine site accidents and COVID-19 slowdowns.

Gold, which has also been a star in 2020, is likely to post an average price rise of 24 per cent, although this could be significantly lower as US interest rates rise and put downward pressure on gold as a safe-haven investment.

With iron ore the world’s best-performing commodity, the rest of the world starting to reboot after the pandemic, and with encouraging vaccine news, there is the potential for a crush to develop at Port Hedland and for BHP’s shelved outer harbour plan to make a return as a collective effort.

If the competing miners can be encouraged to act together, that is.

Another sector of the economy proving popular with private investors is residential property, where prices have been moving higher thanks to pent-up demand, a shift out of high-rise apartments in overpriced major cities, and the lure of ultra-low interest rates.

For most people, however, the risk associated with owning more than a single property is daunting, as is the challenge of managing tenants.

There is, however, another way to gain exposure to what looks like a residential property boom and that’s through media companies, which have captured the real estate advertising market once described by newspaper owners as ‘rivers of gold’.

That expression lay at the heart of once-leading publishers such as Fairfax Media, News Corporation, and Western Australian Newspapers Holdings, but is now controlled by their internet spin-offs such as REA Group (realestate.com.au) and domain.com.au.

Those two companies largely control residential property advertising in Australia and have been enjoying genuine boom conditions since March, when the pandemic-linked migration started as people made the move from the inner city to suburbs and the regions.

The share price of REA Group, controlled by News Corporation, has rocketed up by 118 per cent since mid-March, from $65 to $142, and could be heading to $150 or perhaps as high as $190, according to research by investment bank Morgan Stanley.

Domain, a business aligned with Fairfax publishing, which is now part of the Nine Entertainment business, has done even better, up 155 per cent from $1.72 in midMarch to $4.40, and perhaps heading for $4.90 according to Morgan Stanley, or even $6 if a real estate bull market develops.

The bank is confident property prices will continue to move higher, driven by a steady stream of internet advertising.

On one level, there is a conventional property-price recovery cycle under way aided by low interest rates, overlaid by a structural shift as Australians reconsider where they want to live and work in a post-pandemic world, and potentially super-charged by the replacement of stamp duty on property transactions in NSW with an annual property tax.