Companies step up to culture of wellness

WELLNESS@WORK: The economic impact of healthier workers is well established; now some of WA’s most successful wellbeing programs want to achieve more, by promoting a culture of wellness at work. 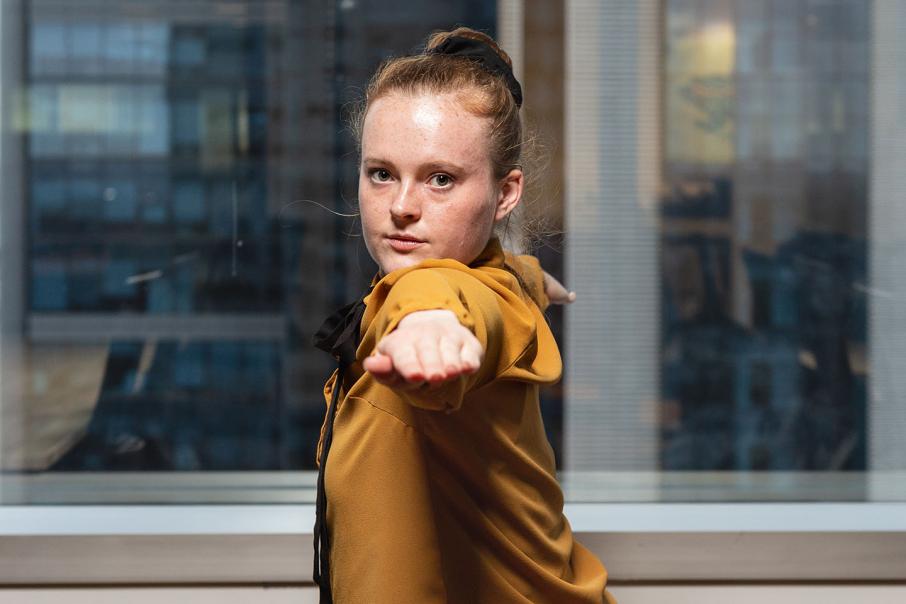 The economic impact of healthier workers is well established; now some of WA’s most successful wellbeing programs want to achieve more, by promoting a culture of wellness at work.

What does it mean to be well at work?

Does it mean a generous work-from-home policy? Or is it an office fitted out with a gym? Is it an apple and a banana in the kitchen? Or maybe a yoga session every other lunch break?

It has become a difficult concept to define.

When we think of how businesses promote the values of health and wellness, it’s easy to come up with a list of programs, plans and policies that promote clean living and better thinking.

In practice though, employees’ health can end up forgotten, as businesses scramble for amenities and policies that put them ahead of the competition.

Though wellness has grown to be a substantial industry in the past decade, pharmaceutical giant Johnson & Johnson became one of the earliest proponents of the concept when it introduced its ‘Live for Life’ program in 1979, with the idea healthier workers would be a competitive advantage for the business.

The benefits of the program were outlined in a study published by the company in 2001, which found that  every dollar invested returned $1.70 to the business.

That was on top of benefits felt by employees, such as a reduction in health insurance premiums and a positive change in attitude, with workers reporting better morale, satisfaction and commitment to their work.

Over time, companies throughout the world have begun to adopt wellness programs as a way to stay ahead of the competition, with newer initiatives expanding to encompass flexible work arrangements, upskilling and community work.

That’s based on the principle that healthier workers are more productive, with the World Health Organisation stating promotion of good health in the workplace can lead to less stressed, more productive workers.

However, while wellness programs have grown in favour, their effectiveness is debatable.

Earlier this year, a study published in the Journal of the American Medical Association found that while some workers benefited from wellness programs by exercising more, there was no observable improvement when it came to clinical measures of health or employment outcomes.

Although research into the field has been minimal, some academics told Business News they were wary about the efficacy of wellness programs, specifically those that relied on half-measures like fruit in the lunchroom.

Speaking to Business News, The University of Western Australia’s Joseph Carpini said wellness programs should not be the sole driver of good health in the workplace.

Having researched health in the workplace for the state government and Monadelphous Group, Professor Carpini cautioned that though there was ample evidence to suggest eating well and exercising regularly would make workers more productive, wellness was not something that could be easily established at work with a program.

“If an organisation is thinking about making a change, then it needs to sit down and consider the changes and the potential outcomes of those changes both positive and negative,” he said.

“Having something is better than nothing (and) it’s important practically and symbolically, but it needs to be something genuine and authentic.

“Sometimes, wellness programs are too symbolic and not enough in terms of action.”

Some in the medical field who spoke to Business News expressed similar reservations about wellness programs.

Paul Clayton, a fellow at Oxford University’s Institute for Food, Brain and Behaviour, as well as a former adviser to the UK government‘s Committee on the Safety of Medicines, told Business News they did not do enough to stave off the significant effects that full-time work could have on people’s health.

Having researched the effect inactivity and poor diet has on the body, he said programs based on token activities did not do enough to effect significant change for workers.

“It’s true that sitting down for too long is not good for you,” Dr Clayton said.

“But the idea that you can rectify these issues by getting up, standing at a work desk rather than sitting down … there’s a lot more to it than that.

“You need to up your calorie expenditure considerably and change your diet considerably before the real benefits come through.”

With these programs coming under increased scrutiny, some companies in WA have used their plans to instead embrace a culture of wellness, aimed at improving employee health generally with comprehensive, targeted initiatives.

This approach has been embraced by goldminer Northern Star Resources.

Operating at mine sites in the Goldfields, the company’s ‘Mindsight’ wellness program has developed broader awareness for mental health services in the company.

It has a goal to accredit 20 per cent of its workforce in mental health first aid by 2020 as well as introduce telehealth services, employee assistance programs and manager training to campsites.

Northern Star executive manager Peta Slocombe told Business News the plan originated from her past work on mental health programs, which inspired her to approach it from a preventative perspective.

“The foundation of the programs is that they encourage people to look out for each other, but also to choose the right treatment and support at the right time, rather than just throw life rafts in and give people more emergency services,” Ms Slocombe said.

‘Mindsight’ was aimed at breaking down the barriers of social isolation at work, Ms Slocombe said, but in an increasingly “device-centric” world, it was important for everyone in the company to join together and understand each other personally.

“It’s the only sustainable solution,” she said.

“We can’t just keep going with more psychologists, “It has to be about knowing what your Achilles heel is, getting some self-awareness and going from there.”

Other companies in WA which have implemented similar programs include Macmahon, whose ‘Strong Minds, Strong Mines’ initiative is directed at understanding and resolving the lifestyle difficulties faced by fly-in, fly-out workers, and Rio Tinto, which designates ‘peer supporters’ on site to help employees discuss issues they may be facing in their daily life.

Common to these programs is an emphasis on the promotion of a culture of wellness, rather than a reliance on measures like company lunches to plaster over poor working conditions.

It’s an approach validated by academics, who have researched workplace wellness.

With a background in business communication and workplace wellness research, University of Notre Dame Australia’s Annette Watkins told Business News she saw organisations that were challenged when it came to how responsible they were for employee wellbeing.

Referencing a report from PwC published in 2014, which concluded that for every dollar invested in employee wellness, $2.30 was returned to the organisation, Ms Watkins said businesses were beginning to better understand how they influenced their employees’ health.

Central to that was a change in culture rather than an emphasis on programs, suggesting that small actions such as managers leaving the office at a reasonable time, sending emails between office hours and knowing how to engage in personal conversations with employees would make a long-term difference on workers’ wellbeing.

“If you’re investing it in fruit and yoga classes, only the people that have an appetite for that are going to be engaged,” she said.

“It’s [workplace wellness] around culture and leadership and making the connection with those things that will have a real change in organisations.”

We can focus upon all these (programs like) going for a run or doing team sports in an organisation, but you actually turn off a whole bunch of people (by doing that), she said.