Some parts of the economy might be in cost-cutting mode, but coffee franchising is still a growth sector. 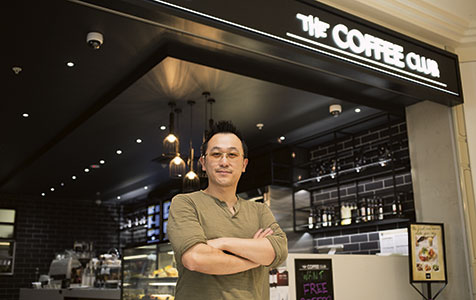 If Russell Wong thought running a cafe meant shooting the breeze with customers over a flat white while keeping an eye on the business, he was in for a rude shock soon after opening his first Coffee Club franchise a decade ago.

Mr Wong has had little time to enjoy the shift from a career in IT to one in food and beverage retail since opening his Harbour Town cafe, such has been the growth of the franchise in Western Australia.

One of the major differences between Dome and The Coffee Club is the cost franchisees pay to start a business, with The Coffee Club stores starting at $500,000 and Dome between $1 million and $1.5 million.

Mr Wong opened his second store in Bull Creek in 2011, while his third store in, Livingstone Marketplace in Canning Vale, was one of the four recent openings that also included Floreat, Bunbury and Kalamunda.

“In the first two years, because the brand is not too well known, it was very hard for us to get people in because people never tried us before,” Mr Wong said.

“Now the brand is getting quite popular and people know the brand and want to try the product, and that’s why our business is getting better and better.”

As well as Canning Vale, other new Coffee Club store locations include, bringing the total number of franchises to 27, equal with Gloria Jean’s Coffees franchises and nine more than Jamaica Blue.

Another major player, international franchise Starbucks, confirmed to Business News this week that it did not plan to enter WA.

After a restructure in 2008 when it closed 61 of its 84 shops on the east coast, Starbucks was now focused on rebuilding its brand in Sydney, Melbourne, Brisbane and the Queensland coast before taking on new regions.

The Coffee Club director John Lazarou said the Brisbane-based company was focused on expansion in areas with a strong cafe culture, and was giving its brand a complete makeover ahead of its 25th anniversary next year.

“In 2012, The Coffee Club Group had a very successful year with a turnover of $400 million, which is enabling the group to expand domestically and internationally,” Mr Lazarou told Business News.

The Coffee Club has 62 stores across New Zealand, Thailand, New Caledonia, Egypt and China, and 273 stores in Australia.

Mr Wong and his business partners are planning to open two more cafes in the next three years in the area around Bull Creek.

Mr Wong said while the variety of coffees available had grown during his decade in the industry, as had customers’ appreciation of the different blends, lattes and cappuccinos were clearly still the favourites.

For Mr Wong, however, his brew of choice nowadays is a quickly consumed shot of ristretto; a far cry from his original dreams of lingering over long cups of coffee in his own cafe.

“Before I joined the Coffee Club I thought ‘Oh I’ll have a cafe, it’s so fantastic I can sit down and have a coffee’, but this is not the case. You always have to look after the business, make sure everything’s alright ... and this is not that easy,” Mr Wong said. 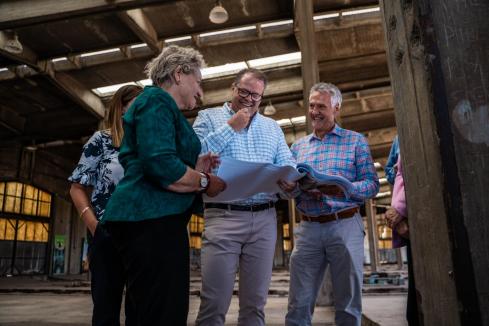