Coalition hot under the collar over climate

The government has kicked a remarkable own goal in its mismanagement of climate debate. 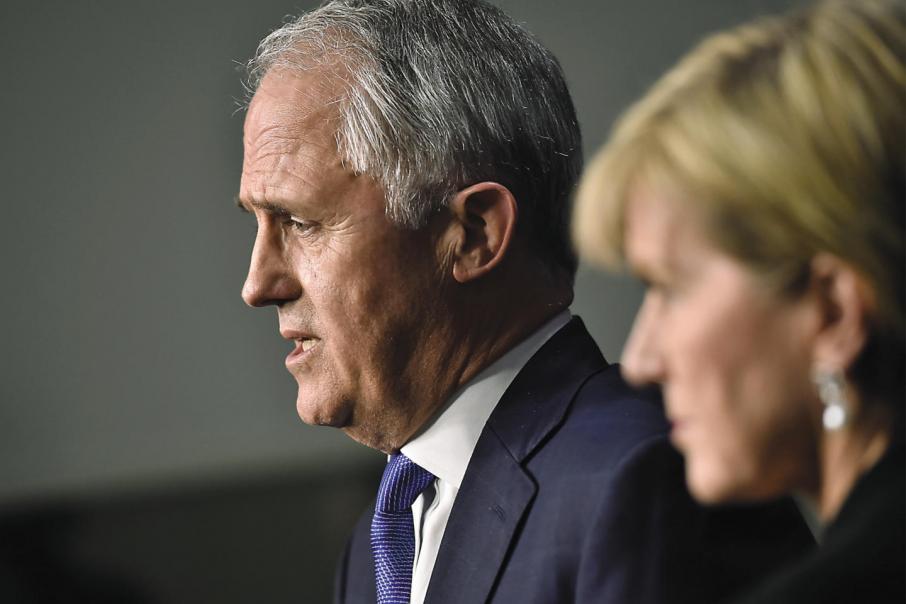 The government has kicked a remarkable own goal in its mismanagement of climate debate.

In the same week Malcolm Turnbull’s government (albeit temporarily) fished carbon pricing out of the dustbin of politically disastrous ideas, coal mining hopeful Adani has applied for a $1 billion loan to build a 500-kilometre rail link to a length of coast that skirts the Great Barrier Reef.

Adani still has to find $10 billion to fund what could be Australia’s biggest coal mine, with its plans for the Carmichael Mine having spent seven years in the courts, mired in regulatory processes and legal challenges.

It might just be a case of terrible timing, but news of Adani’s $1 billion ‘federal loan’ collided with reports the federal government was embarking on a review of climate policies, including Abbott government’s Direct Action Plan.

That was Mr Abbott’s plan to mobilise unemployed Australians, or a ‘green army’, to work on environment-improving projects such as tree planting.

Despite the government, and particularly Energy Minister Josh Frydenberg, fudging the language around what’s in the review, it will include analysis of “the opportunities and challenges of reducing emissions on a sector by sector basis” – and this is the bit that’s sparked all the talk of emissions intensity scheme for electricity generators (just don’t call it a carbon tax).

Mr Turnbull, too, has been quick to scotch talk of such a levy, as a fresh rift threatens to tear through the party just in time for Christmas.

According to BIS Shrapnel chief economist Frank Gelber, Adani’s Carmichael Mine project is uneconomic even with the recent recovery in the coal price.

Dr Gelber claims the financials don’t even get close to working at current coal prices and the commodity price would have to double to support the economics of such a project.

So we’ve got environmentalists up in arms about a loan for a project that is never going to get off the ground, let alone provide the jobs the Queensland state government is already spruiking, and federal government frontbenchers talking around a emissions trading scheme (that they denied a day later).

It’s feeling a bit more like April than December, and I’m not sure this is exactly the right fight for the prime minister to pick for Christmas.

But logic isn’t getting in way of either of these curious schemes.

It’s hard to say why Australia needs a new, biggest-ever coal mine when it’s already one of the world’s highest emitters per capita.

Then there are concerns about the project’s impact on the Great Barrier Reef, and the corruption allegations that have dogged Adani.

However, the promise of new mining jobs in Queensland has proved a salve for these apparently minor irritations, at least according to the state government and its enthusiastic support for a project that could replenish the jobs pipeline.

I’m sure our state leaders would be equally enthusiastic about a major new mining project in Western Australia in these globally uncertain times.

Consumers are already spooked by talk of interest rate increases, and declining capital investment signal tough times ahead for the Australian economy.

Private sector capital investment in Australian businesses has slumped by almost 14 per cent in the September quarter compared with the same period last year, according to ABS data.

It pushed the economy into reverse in the September quarter and likely exercised the great minds of the Reserve Bank of Australia board members at their most recent meeting.

WA led the retreat and it’s been blamed for the 0.5 per cent contraction in Australia’s GDP in the September quarter.

All this makes it even harder to understand why Mr Turnbull has provoked talk of a carbon tax and unpick the freshly sutured wounds within his own party, at the same time as he is seeking to review the Direct Action Plan.

Nothing gives the hard right of his party the irrits like punitive environmental policy, but the prime minister was arguing against direct action as far back as 2011.

At the time he warned it would end up being a very expensive charge on the budget – a budget that is arguably in worse shape now than it was five years ago.

It’s hard to read Mr Turnbull’s likely disarming of the green army as anything other than a rancorous reaction to his predecessor, particularly given the moral flexibility he has displayed since taking the top job.

It’s an adaptability that has required very little work for the opposition to frame up and exhibit.

What keeps slipping just out of shot is how Mr Turnbull is actually different from Mr Abbott, a concept that, like Adani’s promised mine, hasn’t yet made it past the tangle of objectors.

Mr Turnbull’s defenders will argue the review is evidence he’s not beholden to the hard right in his party, who are not-so-secretly wishing he gets nothing more than lumps of coal this Christmas.