A new share-farming initiative is being established in the state’s South West, giving the public the opportunity to stake a patch in the exclusive and expensive truffles market. 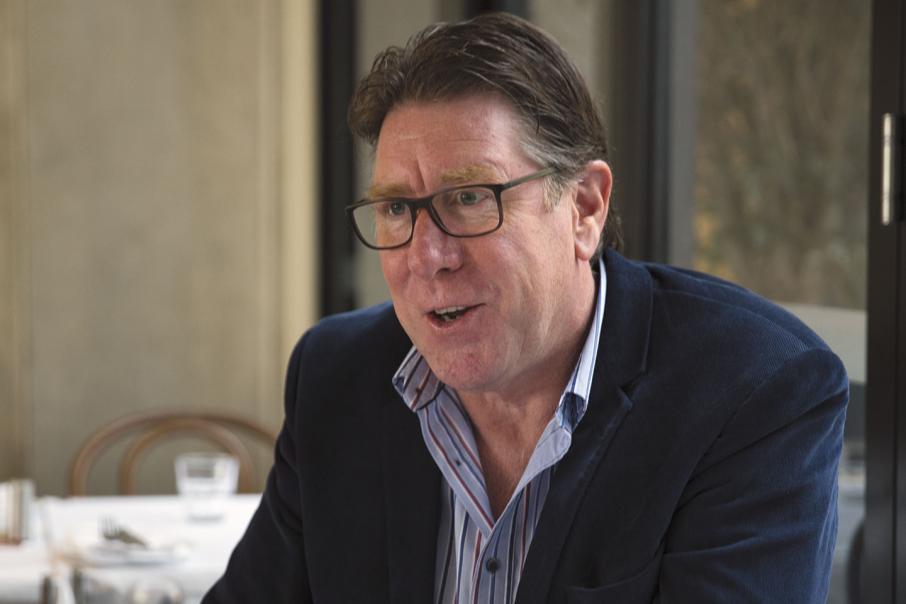 David Somerville is excited at the prospect of building a truffle share farm. Photos: Attila Csaszar

Having always been a lover of gourmet food, David Somerville says he’s become a little obsessed with the world’s most sought-after fungus.

Mr Somerville hasn’t always considered himself a truffle aficionado, considering his background in accounting and funds management, as chairman of Questus.

He came across truffles while evaluating his options for a 120-hectare property near Nannup, which he came to own after tax regulation changes derailed a plan to establish a viticulture managed investment scheme.

Having no experience with farming, but wanting to do something worthwhile with the land, Mr Somerville said he started looking at growing olives or macadamias, but in that process came across the success stories of the state’s top truffle growers around Manjimup.

Truffles grow in a symbiotic relationship with the roots of a host tree, typically oak or hazelnut trees, which are well suited to the soils of the South West.

As part of his research, Mr Somerville went to a national truffle conference in NSW, and it was at that conference’s long-table dinner that he had his first taste of the fungus.

“The first serve came out and it was yabbies with truffle. I picked up the sliced fresh truffle, had a taste and thought ‘$3,000 a kilo for this? You have got to be kidding me’,” Mr Somerville said.

“At this stage I didn’t think I’d even do the second day of the conference. But then I finished my yabbies and thought they had to be the best yabbies I’d tasted in my entire life.”

After that dinner, Mr Somerville said he began formulating plans to establish a truffiere on his Nannup land, which involved forming a partnership with Great Southern Truffles managing director Adam Wilson.

“The number one lesson was that it needed to have economies of scale, and doing it as a hobby-type scenario wasn’t going to work,” Mr Somerville told Business News.

“Basically we’ve established a share-farming structure, I put the land in, the co-op plants the trees, and Adam from Great Southern is the manager.

Mr Somerville said in return for a $1,500 investment, co-op members would be entitled to dividends when the truffles were ready, either in the form of the fungus itself or proceeds from their sale.

He said he’d already garnered enough support to plant about 6,000 trees on the property, which had the potential to make the co-op one of the country’s five largest truffieres in Australia.

“What the returns are going to be is all about the yields, and in that Pemberton-Manjimup region, some of the producers are producing big numbers,” Mr Somerville said.

“We are really conservative on our numbers but it still will be a good return to investors (of about 20 per cent per annum).”

To prove to investors that the plan was sound, Mr Somerville said he had enlisted the services of Australia’s foremost truffle expert, Nicholas Malajczuk, who has been widely acknowledged as one of the pioneers of the country’s truffle industry.

“He’s been through all my soil reports; he’s done all the inoculation of the trees and he thinks the soil is perfect,” Mr Somerville said.

“What’s changed in recent years is that the process is actually quite scientific.

“It was previously shrouded in mystery about what was done, but the trees are all now screened and tested and certified, the inoculation process is certified.”

Mr Somerville said he planned to build on the co-op’s offering over time, establishing chalets on the property to ensure members could participate in truffle hunts, and also create facilities to invite members to themed dinners and events.

And as well as being the first truffle cooperative in the state, Mr Somerville said his farm would be the only one in Western Australia where the substantially more rare white truffles were planted alongside black truffles.

“White truffles have never been grown agriculturally, they’ve only ever been found in the wild,” Mr Somerville said.

“But according to Dr Nick (Malajczuk), there is no reason that they won’t grow.

“They are the premium product throughout the world and presently they are only really grown in northern Italy, in the forests.”

However, unlike truffle farms in Europe, co-op members shouldn’t expect to be hunting for truffles alongside some well-trained pigs, Mr Somerville said.

“Predominantly in Australia they use dogs, because pigs actually like to eat the truffles,” he said.

“Dogs will bring it to you in return for a biscuit”