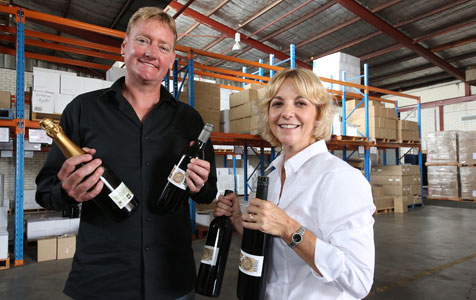 BATTLES: Marie and Steve Cloughley have managed to keep their retail business ticking over despite significant hurdles. Photo: Bohdan Warchomij

Western Australia’s first cleanskin wine company is approaching its 10th anniversary and has continued to achieve growth even through numerous court battles with bigger rivals and the global financial crisis.

When WA Cleanskin Cellars was named a Business News Rising Star in 2010, founders Marie and Steve Cloughley spoke of court battles in which they took on retail giants in the Liquor Licensing Court and, subsequently, the WA Supreme Court.

Despite losing $500,000, the husband and wife team still managed impressive revenue growth of 137 per cent over two tough years.

History has repeated itself in the past three years and the Cloughleys have once again fought an 18-month Supreme Court battle, which took another $500,000 bite from their profits.

Add to that the failure of two franchise outlets and skyrocketing rental costs – a drop in profits would not have been a surprise.

It’s the online sales and wholesale divisions where WA Cleanskin Cellars is making its mark.

“Something we’ve learned is that you can’t sit still in business; you’ve got to reinvent yourself all the time,” Mrs Cloughley said.

After 18 months they were successful and closed the store in November 2011 – paving the way for the couple to reinvigorate the business.

“So, now that we’re not operating in overdraft, we have changed the way that we do business, we’re thinking outside of the square again.”

That thinking has resulted in $20,000 being invested in the company’s website to enable online orders – which Steve Cloughley said were increasing 20 per cent on a month-by-month basis and now accounted for about 10 to 15 per cent of overall retail sales.

“Up until 18 months ago it had ever been a big part of our business but it was just something that we offered as an aside; people pretty much sent us an email asking us to send them a case of wine,” Mr Cloughley said.

“To see it increase 20 per cent every month is just amazing.

“We send an email out Monday afternoon and probably by Wednesday or Thursday we’d have at least 40 orders for a case of wine.”

About 12 months ago the couple also made the decision to take over responsibility for bottling wine, which they can do cheaper than producers, thus increasing profit margins.

The wholesale side of the business, in which Cleanskin produces cases of wine with a client’s own specific label, has also continued to grow organically by about 10 per cent a year. About 100 cases of private-label wine are ordered every week.

The couple said online and wholesale were the future of the WA Cleanskin Cellars business, but it would keep ensuring its retail offerings at Subiaco, Claremont and Coventry would remain.

“But, with online you just don’t have the hassle of leases ... and staffing’s another thing,” Mrs Cloughley said.

After having two franchisees (in Busselton and Bunbury) close down because of outside debt, the couple have also taken a step back from that option – keeping just the Doubleview and Kingsley franchises.

“We’ve still got prospective franchisees that are looking at store locations at the moment but unless you can find the right deal with the right rent in Perth there’s no point putting franchisees into those big centres,” Mrs Cloughley said.