Classic Minerals has implemented an exploration target review of its Fraser Range nickel-copper-cobalt project, located 45km northeast of the famed Nova-Bollinger deposit and less than 10km north of the Creasy Group’s very promising new Silver Knight find in the Fraser Range of W.A. The focus will be on nickel-copper mineralisation at the Mammoth prospect and copper mineralisation at the Alpha prospect, discovered by Classic in 2013. 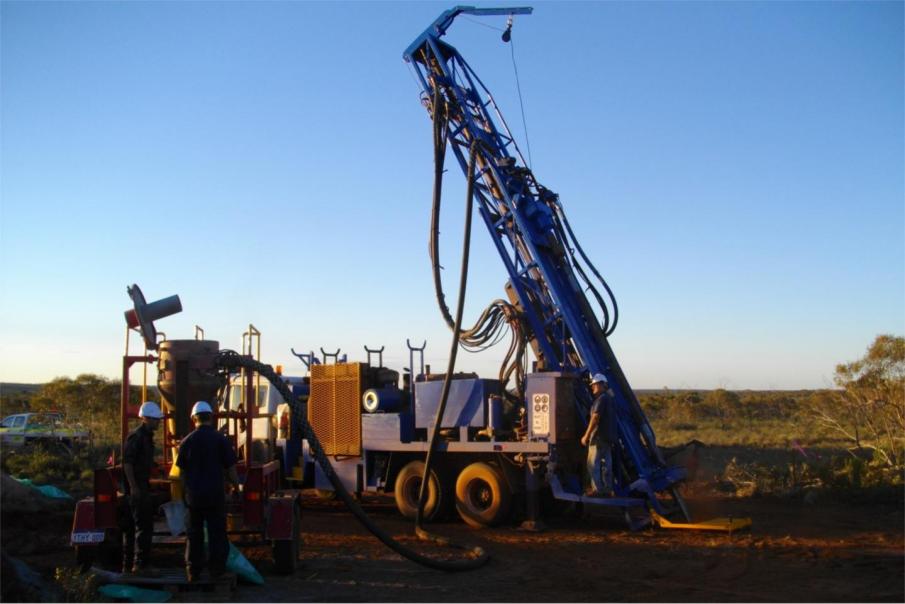 The company is no new kid on the block in the Fraser Range and has already defined base metal sulphide mineralisation on its own tenement at the Mammoth and Alpha prospects in 2013.

According to the Classic, Mammoth is a new style of magmatic nickel-copper mineralisation in the Fraser Range and appears to be a primary mineralised ore system in its own right.

The mineralisation is presently defined over 240m of strike and plunging to the northeast.

Whilst the grades are modest to date, the presence of a base metal system in such good company is very encouraging and ranks better than mere “nearology”.

Drilling has intersected thick zones of disseminated sulphides up to 23m wide, including visible nickel and copper minerals in blebby, vein and semi-massive styles of mineralisation.

This work could tie down larger or more strongly conductive targets in Classic’s hunt for thick, higher-grade nickel-copper mineralisation at its Fraser Range project.

The company said that the Mammoth prospect has walk-up drill targets for testing the strike and depth extensions of the existing mineralisation.

Consequently, Classic will allocate a portion of its exploration funding to commence follow-up activities on existing EM anomalies at Fraser Range, with a view to drilling higher-priority targets in the near future.

There are presently 10 key targets defined over 6km of associated strike running northeast to southwest through the company’s exploration lease.

Classic management said it sees great potential in the exploration of numerous Mammoth-style EM anomalies as the company looks to delineate the next nickel-copper sulphide ore body of note in this prime area of real estate.

The company has also produced highly anomalous copper results in drilling at its Alpha prospect, which has a mineralised footprint that is 500m long by 100m wide and remains open to the north and east.

This ore system has returned narrow but high-grade results of copper mineralisation including 1m @ 1.95% copper from 104m down-hole and 1m @ 1.04% copper within a wider zone of 5m @ 0.47% copper in separate drill holes.

Mineralisation appears to be vein-hosted and perhaps associated with coincident iron deposition.

Classic suggests that deeper drilling may be required at Alpha to unravel the geology of the deposit and explore for depth extensions to the existing mineralisation.

CEO Dean Goodwin said: “The time is ripe for us to re-assess our Fraser Range project which has generated exciting targets requiring further follow up.”

“With Nova/Bollinger 45 km along strike to the southwest, and Creasy’s promising Silver Knight deposit less than 10km to the south of Classic’s Fraser Range project, we feel the project remains an exciting asset with proven nickel, copper and cobalt mineralisation that justifies additional review and inclusion in the company’s exploration budget and planning.”

The Creasy Group’s recent announcement of 4.2 million tonnes grading 0.8% nickel, 0.6% copper and 0.04% cobalt at Silver Knight to the south of Classic will provide great impetus and focus in this prospective region again.

Classic is now planning a soil sampling program over an interesting geophysical magnetic anomaly called the “eye”, which is a 2.5km long oval-shaped geophysical feature that was so definitive in the Nova discovery.

Features like this are alluring as nickel-copper targets in the Fraser Range, with Legend Mining also targeting similar geophysical targets in the region.

Should the geochemical sampling program provide results of interest, the company says it is ready to instigate follow-up ground geophysics and/or an exploratory drilling program.

Potentially exciting times lay ahead for Classic, as it brings into clearer focus what it may have its foot on in the Fraser Range.

The company also announced this week that the rods were turning again at its flagship Forrestania gold project, south of Southern Cross in W.A.

Mr Goodwin said: “Following the outstanding results of our last drilling program, including multiple high-grade gold hits at Kat Gap and Lady Magdalene, we are very excited to be heading back to the FGP to undertake an aggressive follow up drill program.”

“……. this drill program is focussed more on our 100% Kat Gap project which delivered outstanding results during the previous 2 drill campaigns and is shaping up to become a prolific shallow high-grade gold deposit with so much remaining upside potential.”

“We are also very happy to be continuing the extensional drilling at Lady Magdalene and Lady Lila which remain flagship assets in our FGP portfolio.”

The latest Fraser Range discovery by Creasy is the first major announcement from the Fraser Range since Sirius’ definition of the Nova deposit in 2012.

The market is crying out for some more news from this region, as is Independence Group, who is fast reducing its ore stocks at Nova-Bollinger, which it has been mining underground now for a few years.

The door is now wide open for Classic to enter.