Classic kicks off drill program at Forrestania to test theory

Classic Minerals has reported that exploration and resource drilling has commenced at its Forrestania gold project, south of Southern Cross. The program aims to upgrade mineral resources for the Lady Lila and Kat Gap prospects and target a new area at Van Uden West. The company also announced it had secured further strategic tenements in the area and is finalising drill approvals for Lady Magdalene 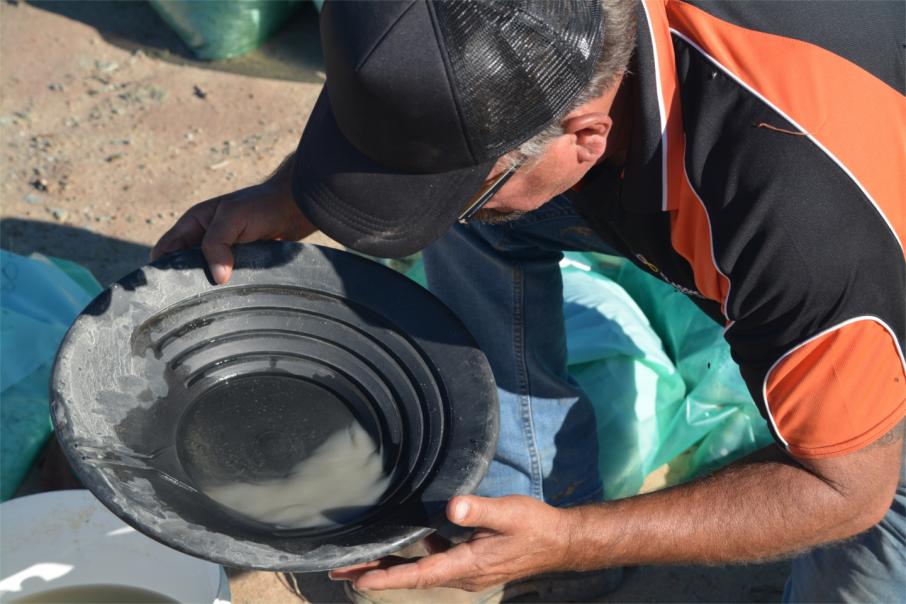 None of the newly targeted areas have seen any drilling for nearly two decades.

The RC drilling program will take a few weeks to complete, with first assay results becoming available in early May.

Classic CEO Dean Goodwin said: “I am incredibly excited about the forthcoming drilling at Forrestania. It has always been my opinion that there is huge scope for new discoveries outside of the known deposits in the region.”

“This drill program signals Classic’s belief in the region and is the initial step towards our goal of uncovering additional, high quality ounces outside of Lady Magdalene and Lady Ada.”

Impressive wide intercepts including 13 metres grading 3.62g/t gold and 12m @ 3.01g/t gold have been returned from this prospect in the past.

The gold mineralisation at Lady Lila is hosted by banded iron formations with similar geology to the Bounty and Blue Vein deposits, held by Kidman Resources to the north-northeast.

Those deposits were prolific, high-grade producers of gold in the Forrestania region in the late 1990’s and early 2000’s.

Classic believes there is potential for the discovery of a substantial gold deposit at Lady Lila, particularly given that historical drilling only ever tested the prospect to about 50m below surface.

As the area is masked by 10-20m of transported cover, historical drilling has barely scratched the top of this ore system.

The tenor of the high-grade lode defined at Lady Lila is between 2.0 and 5.0 g/t gold and is defined over 400m of strike to date.

At Kat Gap, located 50km south-southeast of Lady Ada, the company has identified the potential for around 10,000 ounces of gold in the top 40m of the deposit at grades close to 3g/t gold.

There is a recognisable high-grade supergene zone of gold at the weathered contact between the different rock types and Classic is keen to target this further in the current drilling program.

The Kat Gap deposit lies within a 5km long geochemical gold anomaly that has been subjected to very little drill testing in the past, so some potential exists for the discovery of a larger, high-grade gold deposit at this prospect.

Classic is aiming to complete a maiden JORC-compliant mineral resource estimate for Kat Gap, based on the new assay results returned from the current drill program

The Van Uden West prospect, which is about 10km north-northwest of Lady Ada, is a Kat Gap look-a-like system, near the contact of granite and greenstone rocks.

According to the company, the prospect has an excellent structural location and is also masked by the same 10-20m of transported cover as Lady Lila.

Classic believes that the shallow, wide-spaced aircore drilling has inadequately tested the Van Uden West target and hence, will complete a maiden deeper RC program to test its theory.

At the emerging Lady Magdalene deposit, the company is finalising approvals for close-spaced RC drilling to better delineate the dip, plunge and general orientation of the higher-grade, cross-cutting vein sets recently identified there.

These vein sets are analogous to those extracted in the nearby Lady Ada open pit, that produced nearly 27,000 ounces at a reconciled mining grade of 8.81g/t gold.

Regionally, Classic Minerals has expanded its tenement portfolio at the Forrestania gold project, with the addition of three new strategic exploration licences that are highly prospective for gold and lithium mineralisation.

Regarding the new acquisitions, Mr Goodwin said: “We are pleased to be securing additional tenure in the highly prospective Forrestania region. We believe the belt is under-explored for gold and lithium and the new tenements host attractive greenfields targets.”

“The eastern applications host existing gold exploration targets identified in as part of a large-scale geological review undertaken in the early 2000’s.”

“Those tenements are also along south along strike from Kidman Resources’ major Earl Grey lithium deposit and the company will explore for pegmatite-hosted lithium mineralisation.”

If Classic do manage to unearth anything that looks economic at Forrestania it could be in the money quickly as the company recently signed a toll treating agreement with the Marvel Loch processing plant nearby.

This option could see Classic churn out early cash flows from the Forrestania project, allowing it to self-fund exploration and development activities regionally.

The ultimate goal for Classic is to provide a critical mass of quality resources from its Forrestania gold project, with a view to commencing a new mining operation in this historically prospective region.

The drilling program is just the start of this journey for Classic.