Classic Minerals has announced a new gold discovery at the Van Uden West prospect at its Forrestania gold project, south of Southern Cross. The best result of 12m @ 5.75g/t gold from 59m down-hole is open along strike and down-dip. High grade results were also reported from both the Kat Gap and Lady Lila prospects in exploration that confirmed the orientation of the gold mineralisation. 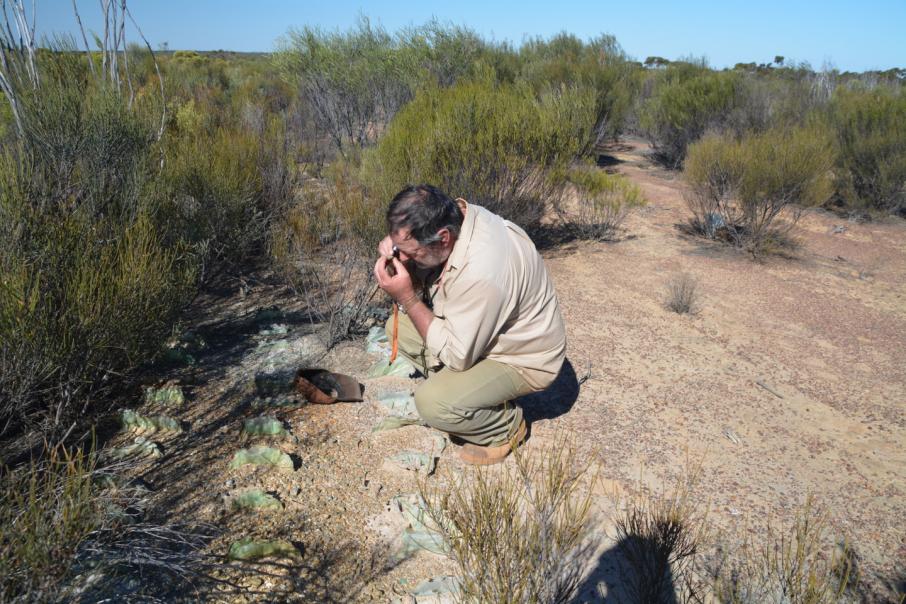 Classic Minerals has revealed an exciting new gold discovery at its Van Uden West prospect, during a regional exploration drilling program at the Forrestania Gold project, south of Southern Cross in W.A.

The new intersection of 12m grading 5.75g/t gold from 59m down-hole was completely blind to surface and located below about 15m of masking transported sands and clays at the prospect.

Classic theorised that historical wide-spaced vertical aircore drilling at Van Uden West had just clipped the top of a more extensive gold zone dipping to the east, near the contact of granite and greenstone rock sequences.

This is a similar geological setting to the small, but high-grade Kat Gap prospect that was also targeted during the current exploratory program.

Gold mineralisation at Van Uden West appears to be high-grade, shallow dipping, open at depth and will be followed up with more drilling in late June.

The new target is surrounded by historical gold mines at Van Uden and the Teddy Bear prospect and is only 11km along strike from the company’s flagship deposits at Lady Magdalene and Lady Ada.

The mineralisation at Kat Gap remains open at depth and the prospect lies within a larger 5km long gold-in-soil anomaly that has been poorly targeted in the past.

The current drilling appears to support the company’s view that there is strong potential to define a significant high-grade zone at Kat Gap, less than 20 metres from surface.

In March, Classic announced that it had secured processing rights to Tianye/Minjar’s Marvel Loch plant located 100km north of the Forrestania gold project.

The identification of near-surface, high grade gold mineralisation at both Van Uden West and Kat Gap is strategically important as it presents Classic with an opportunity for a  straightforward, open pit mining operation to create a quick cash flow via toll treating at Marvel Loch.

Gold mineralisation there is contained  within banded iron formation rocks, which also host the very significant Bounty and Blue Vein mines, controlled by Kidman Resources to the east.

Like those deposits, Lady Lila appears to steepen at depth forming structurally thickened zones that are prospective for emplacement of higher-grade gold mineralisation.

Classic aims to re-commence drilling at Lady Lila by the end of the June quarter.

Drilling has confirmed continuity of gold zones along strike and down-dip at Lady Lila, opening up the potential for much greater tonnages to be defined there.

Classic Minerals’ CEO Dean Goodwin said: “First pass regional drilling campaigns don’t get any better than this. We encountered thick, high grade zones of mineralisation at each of the drill targets which all remain open along strike with high priority zones requiring urgent follow up.”

“This is a great position for the company to be in: we don’t know how big these targets are and can’t wait to get stuck back into drilling. The campaign absolutely reinforces how good a project the FGP is.”

“Our first venture beyond the “flagship” deposits of Lady Magdalene and Lady Ada has been incredibly successful, and we look forward to heading into the next phase of the company’s growth and success.”

Classic’s entire drill program including assays and technical work came in at just under $50,000.

Based on its effective targeting and the new discovery at Van Uden West, the company would be more than satisfied with the “return on investment” from the recent exploratory drill program at Forrestania.

The exploration results confirm Classic’s view of the gold prospectivity of the project area and the potential to grow the company’s mineral resources, both efficiently and cost-effectively, from the current global inventory of 5.36 million tonnes grading 1.39g/t gold for 241,000 ounces.