Classic Minerals has produced more high grade drilling results from exploration at its Kat Gap and Lady Magdalene gold prospects, near Southern Cross in W.A. A new zone of gold hosted in granite was outlined at Kat Gap and returned results up to 8m @ 7.14g/t gold from 82m down-hole and it is open along strike. The company also reported a result of 0.23% lithium oxide from pegmatite sampling. 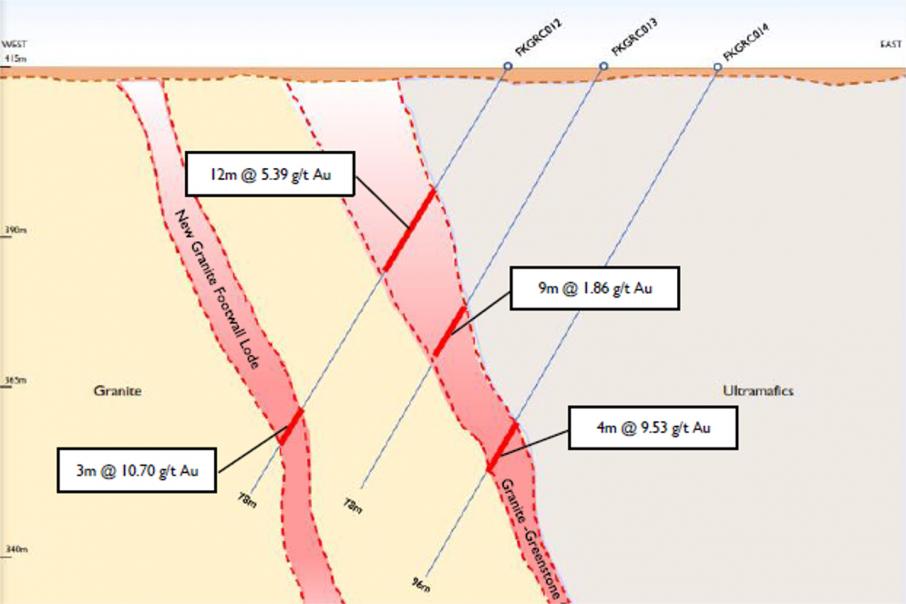 Importantly, Classic has also identified a completely new gold zone hosted within a granite 30m west of the historical Kat Gap mineralisation. It appears to have been completely missed by previous explorers.

The exciting new find is open along strike and also up-dip and down-dip at present.

The discovery of granite-hosted gold mineralisation at Kat Gap is a potential game-changer for Classic, as the same geological setting may be able to be repeated elsewhere in the company’s 500 square kilometre tenement holdings at Forrestania.

Classic will continue to track this unexpected find in its upcoming drill program at Kat Gap, which is due to start in August.

According to Classic management, considerable potential exists to extend and add new gold mineralisation at the prospect, due to fact that only 140m of the 3.5km strike has been tested in the latest program.

“At Lady Magdalene, we have proven the existence of 3 potentially new high-grade cross-cutting quartz veins.”

“…… these quartz veins could be analogous to those at Lady Ada – reinforcing the view that plenty more high-grade ounces are potentially hiding between the existing drill lines at Lady Magdalene. We will track these new quartz lodes both east-west and test for additional cross-cutting veins all the way south to Lady Ada.”

“We are planning to restart drilling at Kat Gap and Lady Magdalene in early August. This program will also include the drilling at Lady Lila and Van Uden West so there is plenty of good results to look forward to.”

Additionally, Classic said it had embarked on a lithium orientation sampling program of historical RC drill holes at Kat Gap that were selected because they previously had pegmatites logged in the hole.

No previous sampling for lithium has reportedly been undertaken by former explorers on the tenement, which is surprising given that the Forrestania belt hosts the world-class Earl Grey spodumene deposit just down the road.

The company collected two composite samples from areas both north and south of the Kat Gap gold prospect area.

Whilst the northern composite returned no anomalous results, the southern composite gave encouraging results of up to 0.23% lithium oxide and highly elevated values of tantalum, caesium and tin.

The results bear all the hallmarks of LCT pegmatite geochemical signatures and outline the potential for broader, pegmatite-hosted lithium mineralisation at Kat Gap.

Western Areas recently announced an intersection of 50m grading 0.95% lithium oxide in a spodumene-rich pegmatite, including 9m at an incredible 2.85% lithium oxide from re-sampling of an old diamond drill hole, located only a short distance northwest of Classic’s Kat Gap prospect.