City workers seem to have developed an appetite for salad bar City Greens Co on St Georges Terrace, prompting the launch of two more venues in the CBD and with a potential national rollout on the cards. 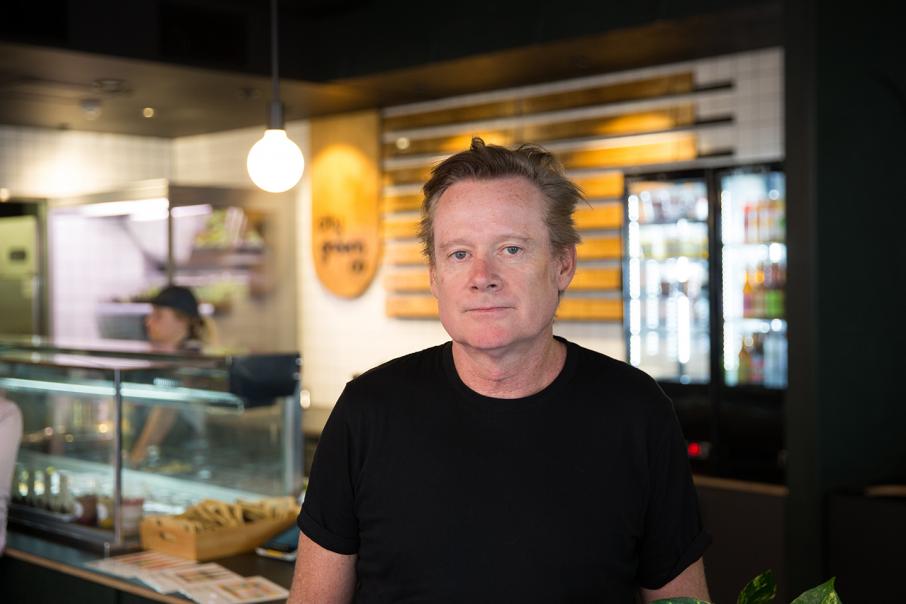 City workers seem to have developed an appetite for salad bar City Greens Co on St Georges Terrace, prompting the launch of two more venues in the CBD and with a potential national rollout on the cards.

Driven by local entrepreneur Justin Locke, who owned and operated fashion chain stores Subway DC and Wasteland in Perth for 20 years, City Greens Co opened at the end of Trinity Arcade in November.

The business focuses on the farm-to-fork philosophy of using local and organic produce, sourced mostly from growers in the Perth hills, while also offering a range of raw treats, cold pressed juices and the health drink kombucha.

“There’s just not much happening here when it comes to healthy food in the CBD.

“There are other operators in this market niche but I don’t view anyone as a direct competitor as no-one is making individually prepared salads; they’re all pre-prepared and pre-dressed, ours are individually made and individually dressed.

“We’ve had week-on-week growth and we’re happy with the sales figures, it’s all trending in the right direction.”

Mr Locke came up with the idea for City Greens Co two years ago; having closed his fashion businesses, he was on sabbatical, completing a course with the Australian Institute of Company Directors and an MBA, and undertaking a thesis focused on hospitality with the intention of opening a ‘hip’ hotel.

“I stayed in different hotels for two weeks across Los Angeles and New York interviewing hotel executives, and while doing that I was constantly looking for somewhere to eat,” he said.

“There’s a plethora of salad chains and bars over there and it’s really popular – one store had a queue of over 60 people and it was minus 10 (degrees) in Manhattan.

“I made a plan and got a private equity funder from Asia to back me.”

The business has also developed an ordering app to make the process faster.

Part of the business model includes adopting a zero carbon footprint through composting, coupled with the use of biodegradable cleaning products and tableware.

Negotiations are currently under way for a second store in Perth, which Mr Locke expects to open within the next two months, with a third planned to be up and running by September, all located on St Georges Terrace.

“We’re focused on the central strip where most of the CBD workforce is domiciled, spacing stores at least at a 200 metre radius,” Mr Locke said.

He said his strategy was to open 17 stores across Australia within the next three years, launching in Adelaide in early 2019, followed by Sydney and Melbourne.

Brisbane was not on the agenda, however, as it already had an abundance of healthy food players in the market, Mr Locke said.

“We’re not a franchise model, we’re going to grow and develop our own brand and stores,” he said.

“Food will come from the vicinity of each state and as close to the central kitchen as possible.”