Choice of venue is Yours or Mine 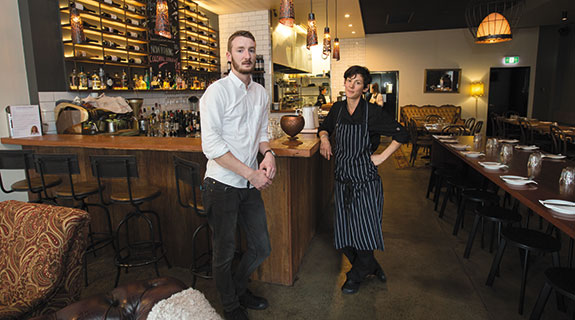 GOOD START: Liam O’Mara (left) with chef Caliopi Buck at Yours or Mine. Photos: Attila Csaszar

As one of the South West’s most experienced hospitality operators, Jenny Spencer is bracing for a tough summer.

It’s not the economic climate that worries her, but a stampede of new venues proposed for Bunbury.

Ms Spencer acknowledges that the success of her most recent venture, Yours or Mine, a Latin American-themed bar and restaurant on the city’s main street, may have played a part in prompting the sudden rush. 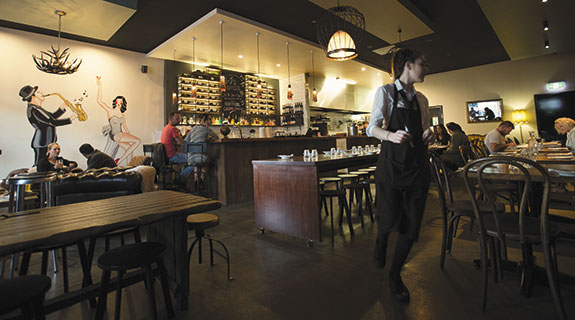 Yours or Mine would fit comfortably into Perth’s burgeoning small bar scene, and the South West’s regional capital was clearly ready for it.

Ms Spencer said for the first six months the venue had a queue out the door virtually every evening, a testament to not just good timing but also the bar’s key staff in manager Liam O’Mara, chef Caliopi Buck, and sommelier Simone Oliver.

“The honeymoon is over,” Ms Spencer said.

“There are four or five new places opening.

“Do I think Bunbury has the trade for it? Country people are a Friday and Saturday nights, or Sunday lunch, and there’s not much corporate market demand.”

Ms Spencer is glad she declined an opportunity to take up neighbouring space, although Yours or Mine may launch a rooftop bar or take up a street car park bay as other venues have, and plans to introduce a new beverage concept in order to keep the competition on its toes.

“It is survival of the fittest,” she said.

In more austere times, the bargain fit-out is also a blessing. Ms Spencer said she spent $300,000 decking out Yours or Mine, having learned from experience that high price interior design doesn’t necessarily bring financial success. A specialist Argentinian grill was her only splurge.

Ms Spencer’s hospitality career started in 1999 with the establishment of the hugely successful Vat 107 in Margaret River with her former partner, but the magic touch did not quite extend to Bunbury’s Vat2, which opened in 2003.

A $1.5 million fit-out nearly undid the business from the start, she said. Not only was it overcapitalised, Bunbury’s more parochial audience sensed the expense flowed on to the menu prices.

“When people walk in and straight away they think it’s expensive – that is perception,” Ms Spencer said.

However, the venue has survived with experimentation, such as licensed beach dining 10 years before Perth and special concerts (James Reyne in January) as well as reworking the offer to make it a commercial success.

“I think we changed and met the market,” Ms Spencer said.