Coolbellup-based Nakamura Chocolates is aiming to triple Western Australian sales after a successful entry into the Japanese market. 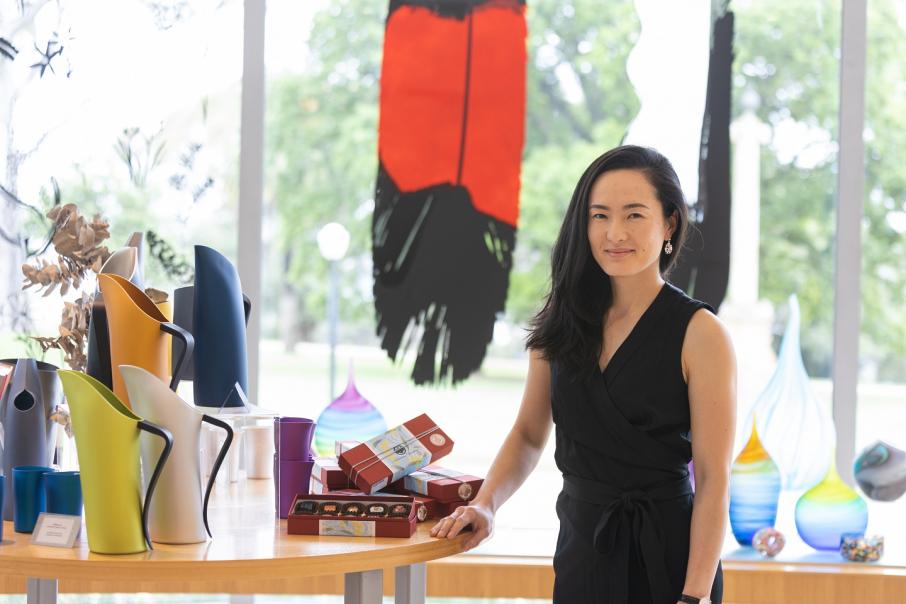 Coolbellup-based Nakamura Chocolates is aiming to triple Western Australian sales after a successful entry into the Japanese market.

Hon Takasagoya brought about $2 million of investment and effectively licensed the chocolates for that market, Ms Nakamura said.

Nakamura, which produces artisan chocolates, opened a store in Kobe in December 2017, while other outlets carry the confectionary during the period leading up to Valentine’s Day.

“Valentine’s, that’s the craziest time of the year in Japan,” Ms Nakamura said.

“For that period, mid-January to mid-February, all the department stores across Japan have special (pop ups), specialising in chocolate from all over the world.

“We sold with 12 shops all over Japan, next year will be bigger.”

Japan has some unique traditions on Valentine’s Day, including one where female co-workers buy chocolate for male colleagues.

It is reportedly unusual for men to buy women chocolates during the period, and this is saved for another date in March.

Nakamura has six employees in Kobe, with chocolate handmade on location.

Ms Nakamura said the personal touch was important in her business, which was one reason her growth ambitions remained modest.

“I do want to remain a handmade chocolate maker, I’m not a chocolate manufacturer with machines,” she said.

“We really want to focus on making quality goods with what we have right now rather than expanding fast.”

Nakamura sells through 10 retailers in Perth, including Aspects of Kings Park, Boatshed Market and The Herdsman.

About 5,000 boxes are sold annually in the local market, with some retailing for more than $30.

One particular box, the Australian selection, includes such flavour combinations as coastal rosemary and jarrah honey, roasted wattleseed and macadamia nut, quandong and blood peach, and lemon myrtle and eucalyptus.

Nakamura has a big kitchen refurbishment under way, expected to cost about $100,000.

“It’s been expensive, but it’s cheaper than renting a premises for many years,” Ms Nakamura said.

“We take risks but we’re careful with what we do, we take our time,” she said.

That investment will underpin a goal to potentially triple local sales in the next three years.

“Ever since I was a child I have been a massive fan of chocolates, I always experimented in my kitchen,” she said.

“[When] I moved to Australia, I studied at the pastry school in Melbourne in 2009.

“I came to Perth and I worked at the French patisserie in Swanbourne, and after that I decided to focus on chocolate and open the business.

“In 2010, my partner and I decided to have a go … we decided to create something that’s not just delicious but also beautiful to look at.”

Her partner, Marlon Schloep, designs the treats and handles the business administration.

Nakamura is a three-time winner of the champion chocolate award at the Perth Royal Show.