China’s growing hyper-nationalism threatens the peace and security of its neighbours, and the world. 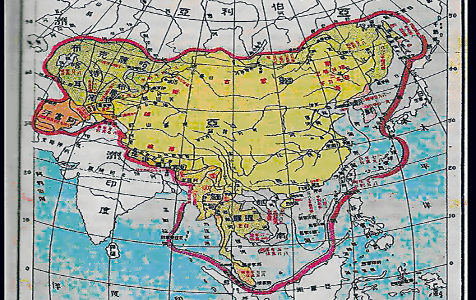 TIME will determine the success or otherwise of the recent trips by Foreign Minister Julie Bishop and US Vice-President Joe Biden to Beijing regarding China’s intentions for the Diaoyu Islands, or Senkaku as they’re known in Japan.

The outcome of this dispute remains uncertain, and worryingly so considering Beijing’s emerging unilateralism towards long-coveted territories.

“Last year, [2012] Beijing stationed a military garrison on the Paracel Island of Yongxing … which has a 2.5km runway, so can accommodate Chinese fighters, long range bombers, plus surveillance aircraft,” I wrote.

That move stemmed from a 1940s pre-Communist Chinese claim of the entire South China Sea that washes the shores of the Philippines, Vietnam, Malaysia and Brunei.

What’s to be made of such a massive grab for territory?

The most insightful observations I’ve so far encountered are by Australian National University College of Asia and Pacific sinologist, Geoffrey Wade.

In a November 26 website posting headlined, ‘China’s six wars in the next 50 years’, Wade showed a 1938 map of China alongside his commentary on a recently released book titled, China Is Not Afraid — New Threats to National Security and Our Strategic Responses.

He said the book was: “Part of a larger People’s Liberation Army’s strategy to invigorate and bolster the morale of domestic constituencies, both military and otherwise, as well as being intended to serve as a warning to any foreign powers which might seek to constrain or restrict China.”

Ominous stuff, which probably explains why the Bishop-Biden visits were so coolly received.

“It’s perhaps worthwhile further extending this analysis to two other PLA-inspired products, one a film and the other a newsagency article, to explore what sort of agenda these works are promoting,” Wade wrote.

“The Chinese film Silent Contest was controversial as soon as it appeared on Chinese and global websites in October.

“By the end of that month, the film was being deleted from Chinese websites without any official pronouncements as to the reasons for its appearance or disappearance.”

“The overall message is that the US seeks not simply to dismember China, but aims to find ways to take it under control,” Wade said.

“The PLA was intimately involved in the making of the film.

“More specifically, the National Defence University, the Chinese Academy of Social Sciences, and the China Institute of Contemporary International Relations, which is subordinate to the Ministry of State Security, participated in the production of the film.

“Without doubt, it’s a reaction to the US ‘pivot’ to Asia and the increased American engagement with the region since 2011, but obviously has deeper roots.”

More troubling, Wade says, is a July article entitled ‘Revealing the Six Wars China Must Fight in the Coming 50 Years’, which is another manifestation of the hyper-nationalist attitude within some parts of the PLA.

“That an article of this nature was carried by a national news agency suggests that it was approved at a very high level,” he wrote.

“The six ‘inevitable’ wars suggested in the article’s title are presented in the chronological order in which they will take place.

Wade highlighted that territories named to be ‘recovered’ through warfare are similar “to a 1938 map of ‘China’s shame’ authorised by the Ministry of the Interior of the Republican Government.”

“The ‘lost’ Chinese territories on this map include not only the Russian Far East, the Ryukyus, Taiwan and the South China Sea, but also Korea, Vietnam, Cambodia, Laos, Thailand, the Malay Peninsula and Singapore, Myanmar, Nepal, [but also] parts of Pakistan and most of Central Asia,” Wade wrote.

“China’s claims to the Indian state of Arunachal Pradesh have been a thorn in China-India relations for decades, but the extent of Chinese claims over Tibetan cultural areas in the Himalayas remains unspecified.

“Claims to Diaoyutai/Senkaku have filled the press of late, so again little creative power is needed to see this situation descending into war.”

Does this not help explain, in part at least, Emperor Akihito and Empress Michiko of Japan’s six-day visit to India at the start of the month?