FEATURE: There’s no doubting the power of celebrity when it comes to fine cuisine. 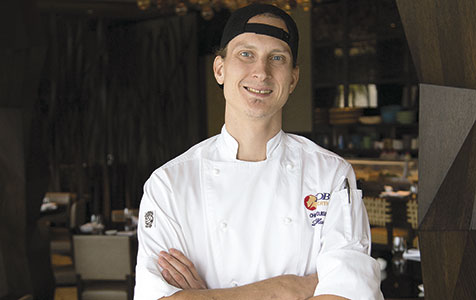 There’s no doubting the power of celebrity when it comes to fine cuisine.

Perth's cohort of celebrity chefs has welcomed a new member, with ‘My Kitchen Rules’ judge Pete Evans having confirmed he is teaming up with Fraser Suites for his first west coast project.

Mr Evans has built a brand as a health-focused paleo chef in his role as Sumo Salad’s celebrity chef ambassador, as well as having opened six award-winning restaurants since the age of 19.

Mr Evans will become consultant chef and ‘chief menu designer’ across all aspects of dining at Fraser Suites.

That has included a new range of menus designed by Mr Evans for the hotel’s revamped restaurant, which will ascribe to the chef’s health philosophies when it opens in August.

Frasers hospitality general manager Australia, Matthew Rubie, said the addition of Mr Evans to the Fraser brand would add a new dimension to the guest experience.

Jamie Oliver’s Jamie’s Italian has been the biggest celebrity chef brand to come to Perth, and the power of that brand is difficult to deny even more than a year after its opening.

Diners are forced to wait up to three hours for a table if they have neglected to book on a Friday or Saturday night.

Meanwhile, Crown Perth jumped on the celebrity chef brand bandwagon early on by attracting big names to its venue.

On a smaller scale, Western Australian chefs are also capitalising on the idea of personal brands.

Don Hancey, for example, has launched his own consultancy offering food producers the ‘Don Hancey seal of approval’.

Mr Hancey also offers food producers the opportunity to strengthen their own brand through his personal involvement in marketing campaigns.

Anna Gare has also built a successful brand with her personalised crockery line, which can be found in most kitchen retail outlets.

When it comes to the restaurants, it’s clear that many of the chefs after whom the restaurants are often named have minimal input into its operation or the food produced.

Jamie Oliver, for example, is understood to have visited the Perth restaurant once since it opened in March 2013.

Similarly, Nobuyuki Matsuhisa travels for 10 months of the year, visiting his 33 restaurants around the globe, but only manages a trip to Perth about once a year.

Head chef of the Perth Nobu, Leif Huru told Business News his first priority was making sure his signature dishes, which are present at every Nobu restaurant, are up to his standard.

But Mr Huru said he had much more freedom than simply making Mr Matsihisa’s signature dishes.

“Every chef has some say in what they want on the menu as well, so we are doing some stuff here that no other Nobu is doing,” he said.

As an emerging chef, Mr Huru said he wanted nothing more than to work under such a renowned chef.

“You know it’s a successful brand because it has so many restaurants and it’s grown so fast throughout the world, so you know you’re working for something good,” he said.

“Of course that’s attractive because you know you’re going to learn a lot – it’s not big for no reason.”