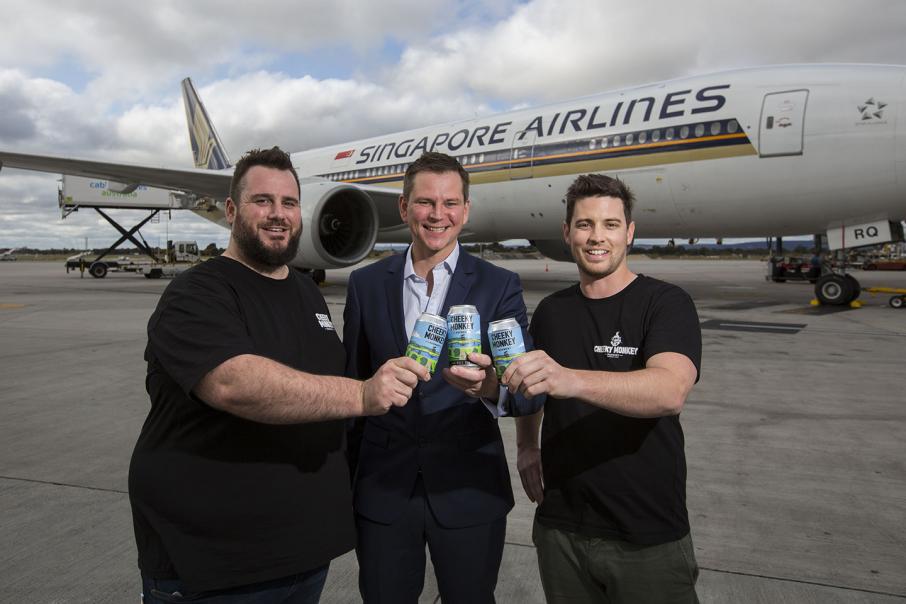 Independent, family-run Cheeky Monkey has agreed to a 12-month contract, with its Cheeky Monkey Pale Ale to be served on Singapore Airlines’ four daily flights into and out of Perth from next month.

Singapore Airlines Area manager Western Australia David Pinches said the airline company wanted to keep up to date with the times and offer modern beverage and dining options on board flights.

“Craft brewing in the industry has been growing significantly in the last four to five years, and what was maybe quite a specialist area has become a popular area now,” Mr Pinches told Business News.

“We know there are a lot of customers who do like their craft beer so it was a great initiative, especially in WA where we have great craft breweries.”

Mr Pinches said the airline had plans to announce similar initiatives with other Australian states.

When selecting a supplier from WA, Mr Pinches said packaging was a major reason for the contract win, with Cheeky Monkey’s product coming in cans, which were preferred by the airline industry.

The flavour of Cheeky Monkey Pale Ale was also a key factor behind the decision, according to Mr Pinches, who said it was important that the beer matched with food served on board. 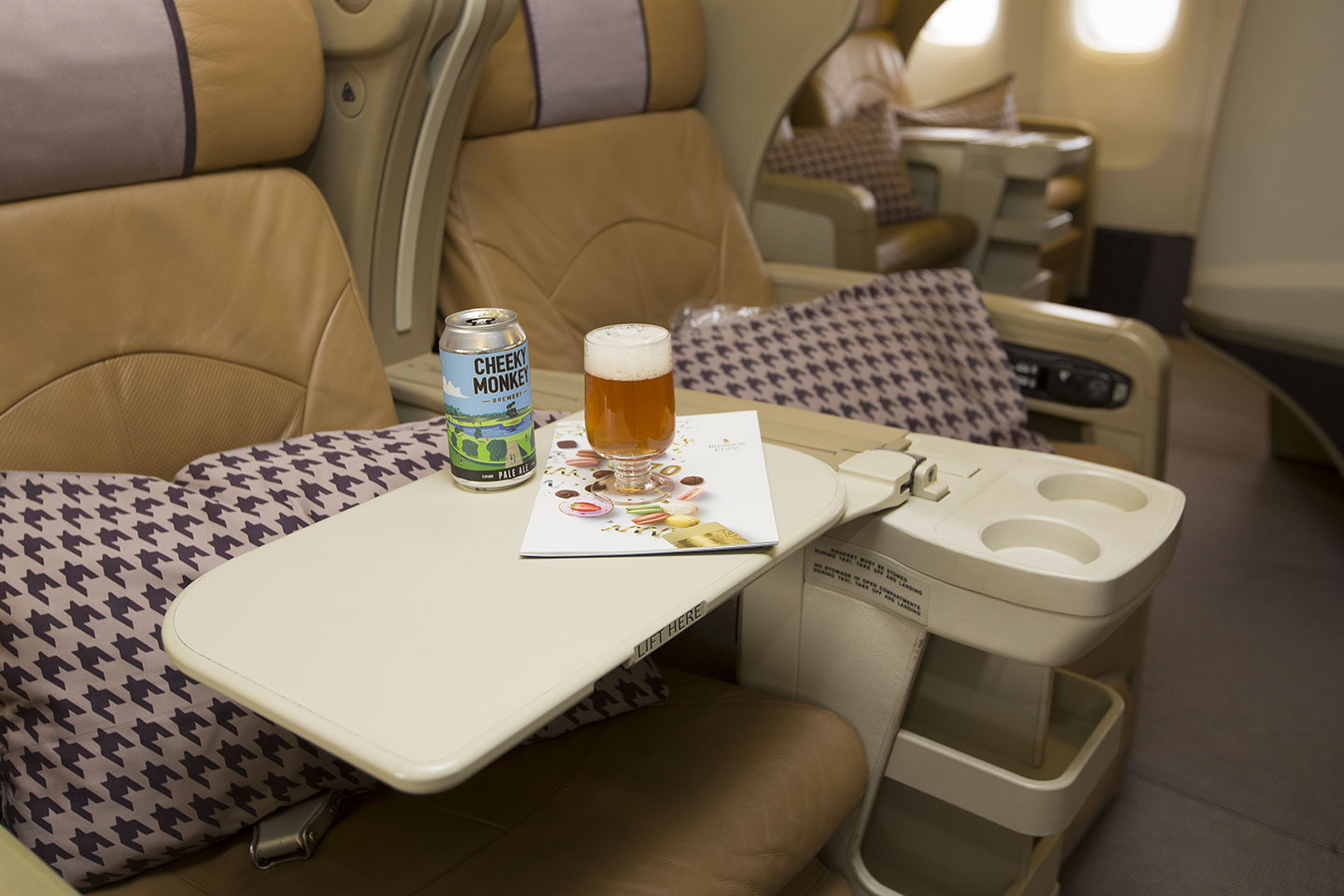 The brewer’s managing director, Brent Burton, said Cheeky Monkey used cans because its beer contained no preservatives, making it more susceptible to sunlight damage, which could occur from using bottles.

He said being recognised by the global organisation was a tremendous boost for Cheeky Monkey’s brewing team.

“The boost this gives to the local economy, brewers and the WA beer industry is huge and we are very thankful to Singapore Airlines for including our brewery in this opportunity,” Mr Burton told Business News.

Mr Burton said the opportunity came at an ideal time for Cheeky Monkey as it had revamped its branding only last month, making it far more colourful and featuring graphics of Margaret River views.

He said he had no doubt that Cheeky Monkey would have been overlooked with its old branding, which was white with predominately brown text.

The decision to revamp the branding came when Cheeky Monkey was failing to meet expected sales, despite the team having changed brewing operations to 100 per cent in-house for improved quality control.

“The beer I suppose still wasn’t selling as well as we’d hoped, and I think that came down to the branding,” Mr Burton said.

“We had a look at ourselves in the market and then just revisited who we were and what our story is, so we’ve come up with a new range of beers, a new label and refreshed the branding to reflect who we are.”

The rebranding contributed to a 300 per cent increase in sales for Cheeky Monkey, which went from selling approximately 3,900 cartons last year to 12,000 this year, according to Mr Burton.

“In the last six months there’s been the most significant growth for us,” Mr Burton told Business News.

“We’ve brought on a sales manager so that definitely helped, and we started releasing these limited edition beers in 500ml cans.

“These beers are quite left of centre, not your usual sort of beers, so that has really elevated our brand because they’re quite exciting; people are talking about them and sharing them on social media.”