The institutional buy-up of Western Australia’s shopping centres continued this week when one of Australia’s best performing sub-regional centres, Bunbury Forum, was sold for $143 million to Challenger Life. 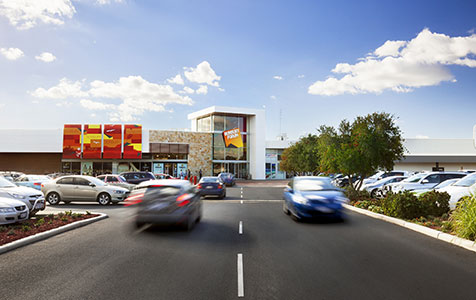 The institutional buy-up of Western Australia’s shopping centres continued this week when one of Australia’s best performing sub-regional centres, Bunbury Forum, was sold for $143 million to Challenger Life.

Challenger fought off competitive bids from a number of rival institutions in making the acquisition, which represents its second foray into the WA property market after the purchase of the Innaloo Cinema Centre back in 2006.

Construction is currently under way on a 17,500 square metre expansion of Citygate’s Eaton Fair property, which is the second stage of a 24,000sqm redevelopment to the centre to the north-east of Bunbury’s CBD.

Once complete, Eaton Fair will be the only property in the region to boast both Woolworths and Coles supermarkets.

Time will tell whether this is enough to offset the Bunbury Forum’s near-CBD location, but retail analyst and Location IQ director Greg Malempre said the Forum faced competitive pressure on a number of fronts.

“You do have the threat of future competition, which is something they will have to work at in that market, coming from both Eaton Fair and also Dalyellup town centre to the south,” Mr Malempre told Business News.

He said Bunbury Forum was the dominant centre in the market, which gave it a competitive edge in attracting and negotiating with speciality retailers, but that could change in the future.

The property is anchored by Woolworths, Progressive IGA and Big W, and former owner Atlas Point has invested $80 million in the first stage of a two-part expansion plan.

This initial investment extended the centre by 1,100sqm and approvals are in place for a further 31,000sqm expansion.

“It’s a really interesting asset and it’s got a lot going for it at the moment, but its future will be shaped by a lot of issues, particularly around competition in that catchment,” Mr Malempre said.

“Woolworths has also built a new centre to the north of Eaton Fair in the Treendale town centre and that’s meant to include a discount department store over the longer term.

The Forum sale price reflects a yield of about 6.5 per cent, which is at the lower end of average yields for retail assets in the current market but above pre-GFC yields, which were at 5.25 per cent at the peak of demand.

The sale follows Charter Hall’s $33.2 million acquisition of the Secret Harbour shopping centre in June, Singaporean Rockworth Capital Partners’ purchase of the Phoenix Shopping Centre for $75.8 million in February, and Queensland Investment Corporation’s $171.5 million purchase of a half share in the Claremont Quarter early this year.

But by far the biggest institutional transaction this year has been UniSuper’s $246.6 million acquisition of Westfield’s one-third stake in Karrinyup Shopping Centre last month.

This transaction has triggered a tug-of-war over Westfield’s Innaloo centre, which Charter Hall is pushing to buy through the exercise of a long-standing put option.