A big increase in takeaway spending in WA may not be flowing through to the big players, but they are still investing in market share. 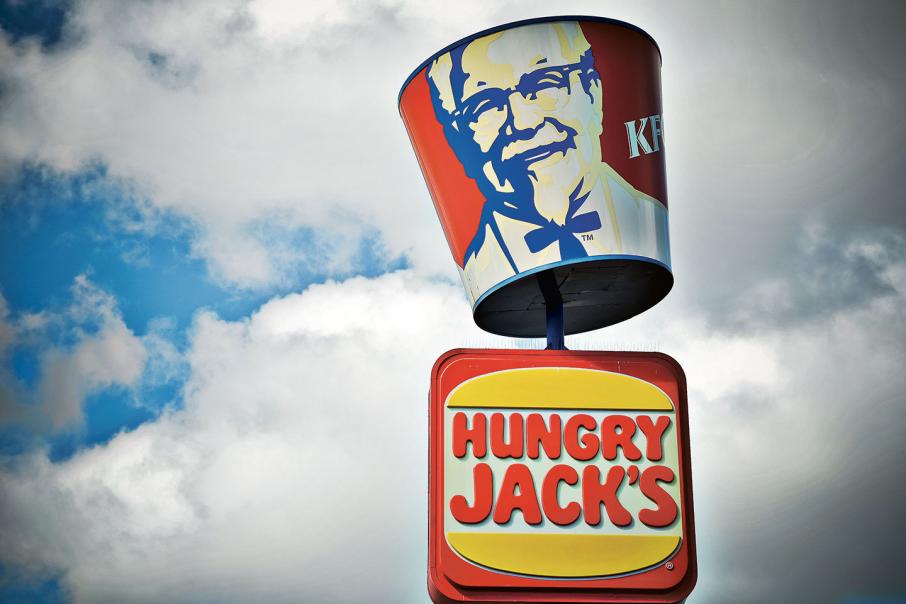 A large increase in takeaway spending in WA may not be flowing through to the big players, but they are still investing in market share.

Fast food giants have opened tenders for nearly $40 million of new and refurbished outlets in Perth in the past 12 months as they seek to secure their share of record high spending on takeaway services.

And more is on the way, with McDonald’s planning an investment of around $150 million into Western Australia in the next four years, including $25 million in 2017.

January retail trade data released by the Australian Bureau of Statistics showed a record level of spending on takeaways in Western Australia, in seasonally adjusted terms, at $167.4 million for the month (see chart).

By comparison, spending at WA cafes and restaurants was up only 6.9 per cent.

But there is growing competition in the expanding takeaway market from smaller and gourmet operators, and the big quick-service brands are not necessarily the beneficiaries of the spending growth. 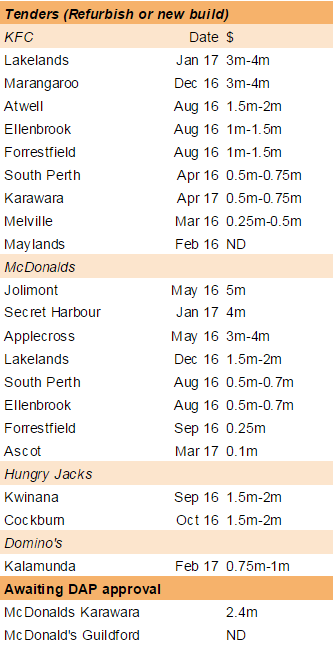 According to BNiQ research, KFC is undertaking one of the most significant capital investment programs, with contracts estimated around $15 million either now open or awarded since February 2016 (see table).

That included two investments of up to $4 million in restaurants, one a new build at Lakelands, a developing suburb north of Mandurah; and the other a refit at Marangaroo, between Warwick and Landsdale.

A new restaurant is under construction at Atwood, while restaurants in Melville, Ellenbrook and Maylands have undergone refits.

Competitive, chaired by entrepreneur Jack Cowin, had a legal battle with Yum! for nearly a decade, with Yum! seeking to snare Competitive’s KFC stores as the franchise agreements came due for renegotiation.

That led to store closures, starting in Rockingham bout 10 years ago.

When Collins took control of the KFC brand, the company reported it would undertake a further consolidation of the WA outlets.

A number of KFC stores were shut, including in North Perth and on William Street in the CBD.

After that long period of store closures, there now appears to have been a clear switch to growing the franchise again. 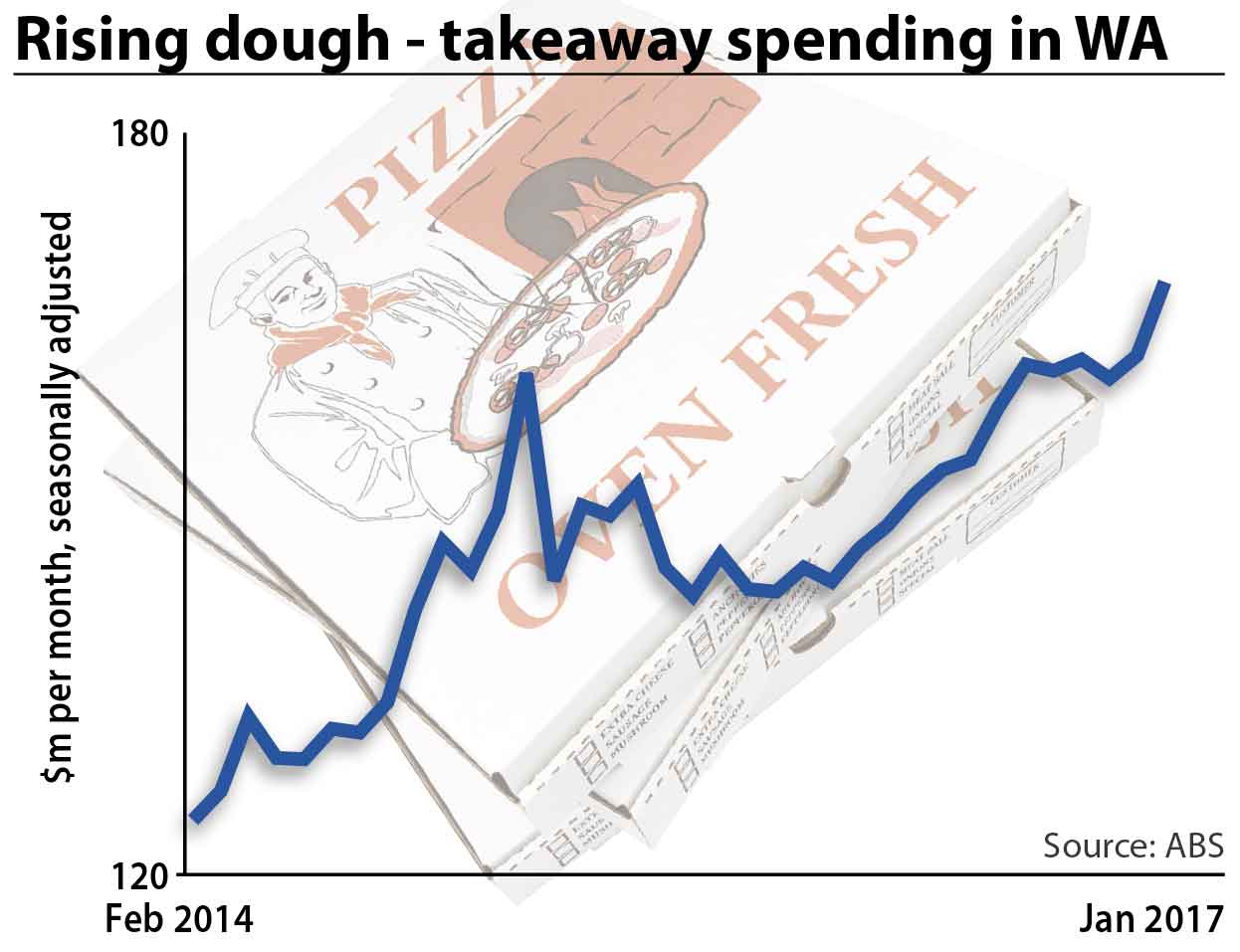 A spokesperson for Collins, which now owns and runs 44 KFC stores in WA, said the investments were part of a long-term expansion and upgrade program under way nationally.

Other majors are getting in on the action, such as McDonald’s, with nearly $18 million of tenders identified by Business News, after opening five new restaurants last year.

The Illinois-headquartered multinational has applied for planning approval for a $2.4 million store at Karawara shopping centre, near Curtin University, and a further application has reportedly been lodged for a Guildford store.

Hungry Jack’s, which is now the major WA brand controlled by Competitive Foods, has tendered for two stores worth up to $4 million combined to service Kwinana and Cockburn respectively.

ASX-listed Domino’s Pizza Enterprises, which is chaired by Mr Cowin, put up around $1 million for a Kalamunda shop.

Red Rooster has announced it will open 12 stores in a new “Reggie’s” format nationally in 2017, with a focus on pick-up and delivery, including one in Northbridge.

Despite the increased takeaway spending in the official data, Collins’ half-year report shows that fast food players are not necessarily the beneficiaries.

KFC’s same store sales (adjusting for new stores) were down 0.6 per cent nationally for the first half of the 2017 financial year, while another Collins brand, Sizzler, fell by the same amount.

A business owner in the sector confirmed to Business News it was a tough market for fast food outlets, with the capital investments more about strengthening market share.

He said bringing creative and innovative offerings into the market was another focus.

Domino’s bucked the trend, with same store sales up 17.4 per cent nationally in its latest half-yearly report.