With a fresh $20m in the vault, ASX-listed Northern Minerals has tabled the final results of the 2020 drilling blitz at its 100 per cent-owned Browns Range heavy rare earths project in WA. A total of 72 holes have tested several targets, confirming the existing resources at the Dazzler deposit and indicating the potential for new resource growth close by. 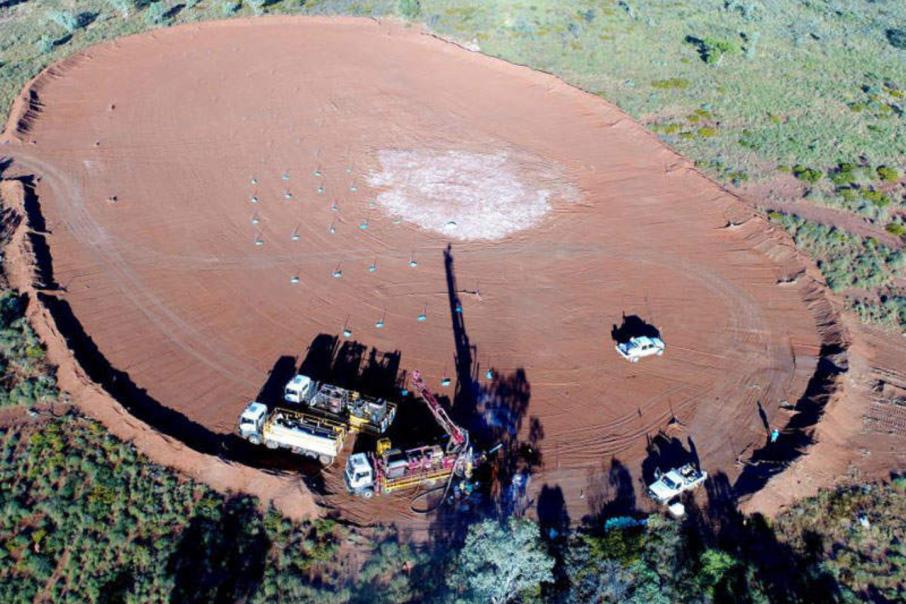 Fresh from an over-subscribed $20m capital raise, aspiring ASX-listed heavy rare earths developer, Northern Minerals has tabled the final results of its 2020 drilling blitz at its 100 per cent-owned Browns Range project in WA.

The 2020 drill program also confirmed the existing resource at the Dazzler deposit, suggesting the potential for further resource growth there.

Whilst Dazzler currently has an inferred mineral resource of 0.21 million tonnes at a healthy 2.33 per cent TREO, Northern is keen to grow the total resource as it moves toward commercial-scale rare earths production.

Interestingly, Northern also added some widespread, lower grade mineralised hits to its list of promising results to come out of the 8,500m of reverse circulation drilling completed last year.

According to the company, one hit at Banshee West returned 13m at 0.43 per cent TERO from 23m and a hit at Banshee South went 19m at 0.33 per cent TREO from 11m downhole.  Both prospects sit adjacent to the Banshee deposit which already boasts a resource of 1.66Mt grading 0.21 per cent TREO.

The Area 5 deposit has an existing resource of 1.52Mt at 0.29 per cent TREO which is located only a couple of hundred metres southeast of the latest set of drill holes.

Northern also successfully tested a geochemical anomaly 500m northwest of Area 5 which returned a best result of 2m at 0.69 per cent TREO from 48m downhole.

It said it had already earmarked $5 million to complete 16,500m of drilling and the company plans to have boots back on the ground once it dries out after the taps finally get turned off from this year’s annual top end wet season.

Northern said interest in its recent over-subscribed placement to sophisticated investors came from institutions across Australia, the United States of America and Europe.

Northern already has something of a shopping list to spend its new-found wealth on, including further exploration across the company’s ground, completing a feasibility study for a full-scale beneficiation plant, testing of the company’s ore sorter at the Browns Range mine site and chasing down other separation options at the existing pilot plant.

Perth-based Northern Minerals is looking to shave two years off its target date for commercial production at Browns Range and the company is aiming for first cashflows from a full-scale beneficiation plant in WA’s top end as early as 2023.

Northern Minerals Chief Executive Officer, Mark Tory said: “We have worked diligently to clear debt from our balance sheet and maintain healthy cash reserves in the past six months that has allowed R&D work to continue in our Pilot Plant, including the purchase and installation of an ore sorting system that is due for completion this quarter.”

“The additional funds we have raised through this $20 million placement will provide us with the added flexibility to both fast-track feasibility work on the Beneficiation Plant and also ramp-up our Resource expansion drilling with the objective of increasing the project’s life of mine.”

The company now has a bunch of new investors who have obviously done their homework on the heavy rare earths space which is dominated by the mineral element “dysprosium”.

Dysprosium is an essential ingredient in the production of industrial magnets found in clean energy applications, military and other high-tech applications.

Importantly it can be used in electric vehicle motors, making it a mineral of the future.

Yesterday’s raising will no doubt help to meet Northern Minerals’ ambition of becoming possibly the only company outside of China to produce Dysprosium – and perhaps as early as 2023.