Cashed up Legend banks another $3m 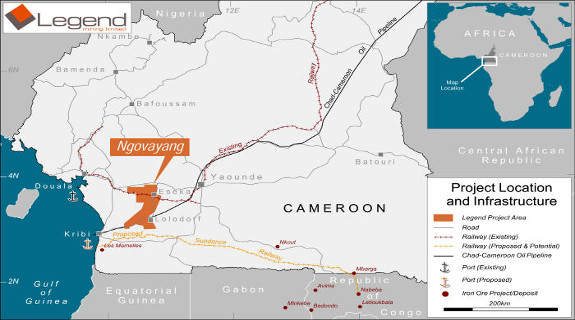 Perth based Legend mining today banked another $3m from the proceeds of its Cameroon Magnetite play that was sold to Jindal Mining and Exploration Ltd last year for a total consideration of $17.5m worth of staged payments.

Legend last reported nearly $12m worth of liquid investments and todays run to the bank will see that figure push $15m less operating expenses for the last couple of months.

The cashed up junior explorer is now the envy of its peer group and well placed to snap up bargains in what has been described as a very difficult market.

The company will also have no difficulty in meeting its commitments to sole fund exploration at its exciting Fraser Range nickel project in order to earn up to 70% of the Mark Creasy backed property.

Legend has already received $6m for the sale of its Cameroon magnetite project with today’s payment taking the total received to $9m.

Jindal will pay another $3m to Legend in December 2016 and a further $5.5m upon confirmation of first ore shipped.

And Legend seem to be investing their money wisely too with a net gain in their share portfolio of over $1.2m between June 2015 and June 2014.

Most of this can be attributed to a very smart investment in Sirius Resources which increased in value by over a million dollars during the year.

With serious cash in the bank, lots more to come and bargains popping up everywhere, it is only a matter of time before Legend makes another big play.