A remarkable similarity is evident in the leadership styles of Australia’s past three prime ministers. 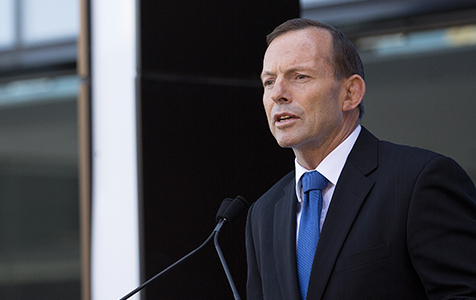 HANGING ON: Tony Abbot has lost the confidence of many backbenchers, despite surviving a leadership spill vote 61-39.

A remarkable similarity is evident in the leadership styles of Australia’s past three prime ministers.

It has become evident that a university degree is in no way a prerequisite for ensuring success as prime minister of Australia.

One needs only look at the protracted floundering of Australia’s past three prime ministers – Kevin Rudd, Julia Gillard, and Tony Abbott – the former two subsequently knifed by their own party room, while Mr Abbott survived a spill vote earlier this week but whose leadership remains under threat.

All showed an inclination to make regular ‘captain’s calls’, something that slowly peeved their parliamentary colleagues and growing numbers of voters.

To compound matters, in June 2009, a full 12 months before Mr Rudd was ousted as prime minister, his Liberal parliamentary opponents removed their then leader, Sydney University graduate Malcolm Turnbull, because he’d also shown a proclivity for making captain’s calls.

This argument becomes more compelling when we realise Messrs Abbott and Turnbull are also Rhodes scholars, meaning they continued their studies at Oxford University.

And two of three past prime ministers had campus political experience; Ms Gillard rose to head-up the leftist-oriented Australian Union of Students, while Mr Abbott was a leading Sydney University combatant of leftist activists.

Yet, despite such qualifications, and in their cases even long-time involvement in student political affairs, the three prime ministerial failures were primarily due to their habit of making captain’s calls.

All preferred the ‘it’s my way or the highway’ approach to administering affairs of state, which eventually ensnared them in unnecessary strife with parliamentary colleagues and led to protracted poor polling results.

If only they’d embraced what managerial experts call ‘collegiality’, the nation’s prime ministerial history of the past tumultuous eight years would have been markedly different.

So different, in fact, that it’s reasonable to contend that Mr Rudd may still be prime minister, now serving his third term.

Instead his captain’s calls led to him being ousted during term one, with successor and political assassin, Ms Gillard, suffering and an identical fate just before the 2013 election.

Ms Gillard made several captain’s calls, including that early fatal one, that there would be “no carbon tax under the government I lead”.

The three of them assumed they were the equivalent of sporting team captains whereas they were the prime, meaning the first (among equals), ministers ensconced in cabinets that essentially operate as committees.

There’s an enormous difference between these two roles, especially under the Westminster system that Australia understandably adopted.

Despite their university years, however, none has shown an appreciation of this.

Instead they assumed that whenever they’d made snap decisions, ministerial colleagues and backbenchers should and would promptly concur and obey.

‘No correspondence will be entered into’ was invariably their approach.

Australia has thus endured unnecessary political instability because four ostensibly highly educated party leaders viewed themselves as bosses, meaning that what they said went, rather than recognising roles for their party caucuses and cabinets in decision-making.

But that’s not all, since Messrs Rudd and Abbott have gone an enormous step further by dogmatically contending that their respective party rooms do not have the right to remove them as party leaders between national elections.

That really takes the cake for embracing a self-serving position.

The fact of the matter is that the Australian people elected neither Messrs Rudd nor Abbott to the position of prime minister.

Mr Rudd was elected member for Queensland’s House of Representatives Division of Griffiths while Mr Abbott was elected for the Warringah Division in New South Wales.

Each thus gained a majority in one of the 150 seats that makes up the House of Representatives.

At no stage was either gentleman elected prime minister, since that’s a position that comes into being once they’ve gained the leadership of the party that commands the largest number of House of Representatives seats.

This is despite Mr Rudd having attended ANU in Canberra, just a hop, step, and jump from Australia’s national parliament, while Mr Abbott studied at Oxford University in England, a nation where parties and factions have been removing prime ministers for centuries.

Surely he ventured to London at least once to observe what was happening on the ground floor of that building overlooking the Thames River and over which Big Ben towers.

It’s therefore difficult not to conclude from this ramshackle past that Australia’s political future remains bleak, since ever-increasing numbers of politicians hold a university degree.

It’s Sydney-to-a-brick he, a Monash University graduate, believes exactly what his three predecessors abided by – the primacy of the captain’s call.