The Egyptian president made an important speech addressing radical Islam earlier this month, but it was largely ignored in the West. 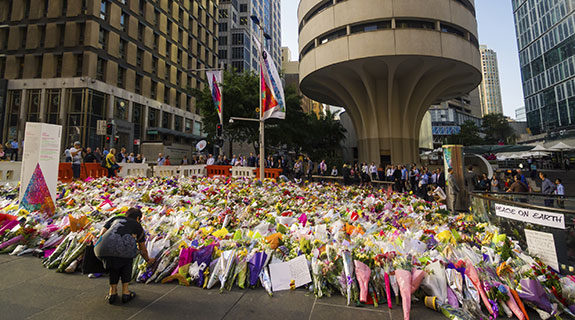 The Egyptian president made an important speech addressing radical Islam earlier this month, but it was largely ignored in the West.

His New Year’s Day call, on the birthday of the prophet Muhammad, was to senior Egyptian Islamic authorities within the ranks of the Awqaf Ministry (religious endowments) and Al-Azhar University.

However aside from a few specialist internet sites, President el-Sisi’s oration was ignored by the Western world’s electronic and print media.

Here are the critical segments of this scandalously ignored address.

“I am referring here to the religious clerics,” el-Sisi began.

“We have to think hard about what we are facing – and I have, in fact, addressed this topic a couple of times before.

“It’s inconceivable that the thinking that we hold most sacred should cause the entire Ummah [Muslim people] to be a source of anxiety, danger, killing and destruction for the rest of the world.

“That thinking – I am not saying ‘religion’ but ‘thinking’ – that corpus of texts and ideas that we have sacralised over the years, to the point that departing from them has become almost impossible, is antagonising the entire world.

“Is it possible that 1.6 billion people [Muslims] should want to kill the rest of the world’s inhabitants – that is 7 billion – so that they themselves may live?

“I am saying these words here at Al-Azhar, before this assembly of scholars and ulema — Allah Almighty be witness to your truth on judgment day concerning that which I’m talking about now.

“All this that I am telling you, you cannot feel it if you remain trapped within this mindset.

“You need to step outside of yourselves to be able to observe it and reflect on it from a more enlightened perspective.

“I say and repeat again that we are in need of a religious revolution. You, imams, are responsible before Allah.

Powerful words – ‘this mindset’, ‘more enlightened’, ‘lost by our own hands’, and ‘religious revolution’.

If their spirit and intent, uttered by a military man, had already prevailed across the Islamic world, Sydney hostages Katrina Dawson and Tori Johnson would still be alive, as indeed would be the staff of satirical Parisian weekly, Charlie Hebdo.

But Islam hasn’t yet, and may never, part with the past that President el-Sisi so incisively portrayed.

Unfortunately his remains a voice in the wilderness, hardly reported in the West.

Quite the contrary; whenever Western leaders condemn radical Islam-inspired violence, they are invariably shouted down as politically incorrect (and by hard-line Muslims).

“The blood of the victims of the Charlie Hebdo terror attack in Paris yesterday hadn’t yet been washed away from the floor of the newsroom before a persistent meme started working its way into the coverage of this atrocity,” they wrote.

“Even as people around the world reacted with shock and horror to the murder of 10 journalists and two police officers by Islamist terrorists, some in the media began speaking of a possible backlash against Muslims as the most important consequence of the crime.

“While such fears are not entirely unreasonable, it’s important to understand that much of the discussion about a backlash has less to do with the actual plight of Muslims in the West than it does with an effort to reshape the narrative of this event to one in which political Islam is taken off the hook for what it has wrought.

“As much as we ought to condemn any actions that seek to target innocent Muslims, the impulse to treat Islamist beliefs as the victim rather than part of the problem is a terrible mistake.”

Thankfully President el-Sisi – presently not flavour-of-the-month here since Australian journalist Peter Greste still unjustly lingers in a Cairo prison – has pulled the carpet from under political correctness that so saturates Western-style political discourse.